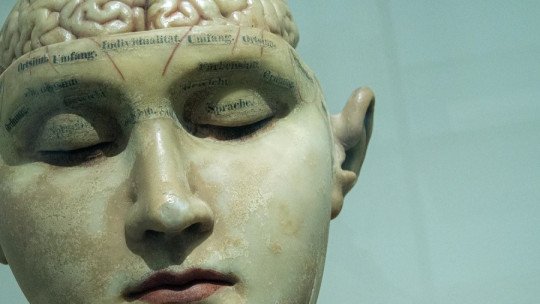 Language is a tool that we use every day to communicate… But what happens when it is altered? Are we aware of what this implies? If we have a brain injury, a stroke, a head trauma, an infectious disease of the brain… it is possible that we will develop some kind of aphasia.

Among the aphasias, we find Broca’s aphasia, which is characterized, mainly, because the spontaneous language is altered (it is not fluid). Moreover, it also implies another great symptom: paragrammatism . In this article we will know exactly what this consists of, its symptoms, its causes and possible treatments for it.

Paragrammatism, also called asintaxia or telegraphic language, consists of an alteration of verbal expression (that is, of spoken language), which typically manifests itself in motor aphasias (also called Broca’s aphasias).

Its main symptom is the appearance, in the speaker’s speech, of syntactically disorganized sentences, together with the use of incorrect grammatical forms when structuring sentences.

Thus, it implies the appearance, in speech, of grammatical errors, and the use of an incorrect time stamp in verbs. People with paragramatism also use the pronouns in an inappropriate way. All of these errors occur in the context of a wide range of grammatical constructions.

In severe cases of paragrammatism, the patient’s speech becomes totally intelligible . Thus, in these cases jargon also appears, which consists of a language disorder through which the person substitutes the appropriate words with unintelligible terms.

In order to better understand this alteration, some examples of phrases from people with paragrammatism are: “I trust you a lot” or “On Thursday you fail, let’s go in six friends for lunch”.

The main symptoms of paragrammatism are as follows.

1. Mistakes in word order and sequence

The first symptom of paragrammatism is a sequence of errors that appear when ordering words and sequences, at a syntactic and/or morphological level .

Thus, people with paragramatism tend to substitute the order of sentences with a set of syntagmas, which at first sight may seem well structured, but in reality are not, since there is no coordination or logical connection between them.

Another symptom of paragramatism is an exaggerated length of statements. In fact, this length is related to two other alterations: jargon (already mentioned) and verbiage . In this case, verbiage implies the excessive use of words when speaking, which can constitute a real alteration in the flow of language, at a quantitative level.

In addition, verbiage is accompanied by other symptoms, such as prolixity of speech, acceleration in speech and difficulties in being interrupted.

On the other hand, in the same statement issued by the person, several changes of the communicative thread may appear, which make their language incomprehensible.

3. Substitution of some words

Another symptom is the substitution of certain types of words for others; this occurs with functional words or flexible affixes. Thus, these are replaced by other words belonging to the same semantic field .

Neologisms may also appear, with similarities to the functional word being substituted. On the other hand, neologisms are “invented words”, as well as newly created expressions, within a language.

Another symptom of this alteration of the language, also habitual, is a great difficulty to adapt the different sentences to the existing context .

The main cause of paragramatism is Broca’s aphasia, one of the existing types of aphasia. Aphasia is the loss of language function, and originates from an organic lesion of the brain .

There are multiple types of aphasia. In turn, the causes of aphasia can be several. Some of the most common are:

One of the possible causes of aphasia, which in turn leads to paragrammatism, is head trauma (HBT).

A TCE consists of an injury often caused by a blow to the head , which involves an involvement of the brain; if this involvement involves the areas responsible for language, aphasia occurs.

Brain tumours can also cause aphasia if they press on the area(s) of the brain responsible for language .

Tumors can be primary (if they originate in the brain tissue itself), or produced by metastasis (which is when a malignant tumor has spread to another part of the body).

These occur when the blood supply to the brain is interrupted (or when it is reduced), which means that the brain cannot be oxygenated for a few seconds. What often happens is that certain groups of neurons die.

LCAs can be either hemorrhagic or ischemic . It is estimated that approximately 40% of people who have had a stroke or ictus suffer aphasia.

Infectious diseases can also cause aphasia, although they are usually temporary aphasia, because when the infection goes away, so does the aphasia. Examples of this type of disease are: encephalitis, meningitis or brain abscesses .

Finally, degenerative diseases can also lead to aphasia, which in turn can lead to paragrammatism. Examples of this type of disease are: Alzheimer’s, Pick… Aging is often the cause of these types of diseases.

The treatment of paragrammatism involves the treatment of aphasia as a whole. Mainly, is chosen to perform a neurorehabilitative treatment ; that is, cognitive rehabilitation, which involves a series of exercises, activities and tasks that allow working on language and communication.

On the other hand, also a speech therapy is used to work on the areas affected by aphasia, and in this case, the alterations derived from paragrammatism.

Thus, exercises are used that allow, for example, to work on sentence sequences at a morphological and syntactic level, which require ordering sentences, filling in missing gaps, discriminating sounds, etc.

Logically, each treatment will be personalized to the type of patient and injury.