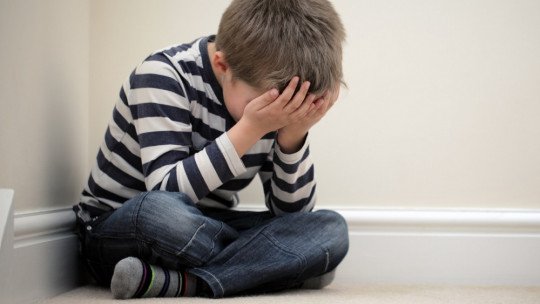 Since Richard Gardner first described the term parental alienation in 1985, there has been much controversy and criticism of this construct. Critics of the concept have relied on different types of arguments to invalidate its existence in recent decades, which authors such as Suárez and Nodal (2017) have analysed in a recent review in order to shed some light on this complex phenomenon.

So… is there any basis for the concept of Parental Alienation Syndrome? Let’s see.

Gardner’s original definition of SAP referred to the “disturbance that usually appears in the context of a divorce, in which the child despises and criticizes one of his or her parents, when such negative assessment is unjustified or exaggerated (in Vilalta Suárez, 2011).

The SAP implies that a parent perniciously influences the child to reject the other parent in those cases where there is no evidence of any kind of abuse by the alienated parent towards the child. Specifically, the following are included as defining signs of the SAP (Vilalta Suárez, 2011):

According to the above-mentioned authors, the Practical Guide to Comprehensive Protection Measures against Gender Violence, prepared by a group of experts in the field and by the General Council of the Judiciary in 2016, claims that it is impossible to validate the existence of the SAP.

This categorisation is based on the fact that such a psychological entity is not included in the current reference systems of classification of mental disorders , such as the DSM-V. This is especially relevant since this document becomes a fundamental guide in the field of forensic psychology and may in turn condition the conception that professionals in the area of clinical psychology have of the SAP construct.

Critical analysis on the validation of the SAP

In the work carried out by Suárez and Nodal (2017), various arguments are put forward that call into question the justifications offered by the detractors of the SAP and the authors of the aforementioned Guide when it comes to invalidating its existence.

Firstly, it seems that the very nomenclature of the SAP defining it as a syndrome has generated much debate , in the sense of whether its conceptualization should be legitimized as a pathological phenomenon, a mental disorder or a disease.

Pathologization of a relational phenomenon

According to the American Psychiatric Association (APA) a syndrome is defined by a set of signs and/or symptoms that based on their frequent occurrence may suggest a pathogenesis (DSM-IV-TR, 2014). Although it is true that the element “syndrome” may be insufficiently scientifically justified in the SAP, this does not mean that the existence of the situational phenomenon described by parental alienation cannot be denied. This can be considered independent of whether there is sufficient consensus to give it the nosology of a syndrome.

Related to the above, the SAP has also not been included as such in any of the versions of the DSM, despite the fact that there was much debate as to whether or not to include it among the group of experts responsible for the official development of the current manual.

In this sense, the authors of the paper argue that the fact that the SAP has not been finally collected in the classification system, does not necessarily imply that its existence should be denied . See the examples used such as “battered woman syndrome” or homosexuality, which was defined as a mental disorder until 1973. Both justify the fact that, although there is no specific diagnostic label for a psychological problem during a given period, it may be equally relevant and of priority attention in clinical professional practice.

Thus, if the SAP or AP (parental alienation) is finally contemplated in a future revision of the DSM, would this imply that only from that moment on could it be defined as a mental pathology and not before?

3. Alleged lack of interest from Psychology

Another of the arguments that Suárez and Nodal (2017) question refers to the belief that the SAP has not been (and is not) the object of interest of the scientific-psychological community. The text lists numerous works that show precisely the opposite, although it is true that they also include meta-analysis studies that describe the difficulty of empirically validating the SAP . Therefore, it cannot be said that there is no interest from the scientific community in the clinical and forensic area in investigating and delimiting the SAP (or PA) more objectively.

In addition to the above, it seems that in the area of jurisdiction, no judgement of the Supreme Court or the Strasbourg Court of Human Rights can be found that intrinsically questions the existence of the SAP.

As mentioned above, the SAP is not recognized as a nosological entity in the DSM-V. However, in the section corresponding to “Problems that may be the object of clinical care” it seems to contemplate an entity called “Parent-child relationship problems”.

Considering its diagnostic criteria, this can be adjusted to what is defined in the SAP: psychological-based problem, related to family education and which causes functional impairment at a behavioural, emotional and cognitive level. Therefore, in spite of being conceived as a relationship problem and not as a mental disorder, it seems that the SAP or PA can be described in such a way as to enable its detection by means of specific defining indicators in real cases, the assessment of the need to require an intervention on a psychological and/or forensic level and, finally, to enable the continuation of investigations that determine with greater accuracy the implications of the SAP in the future.