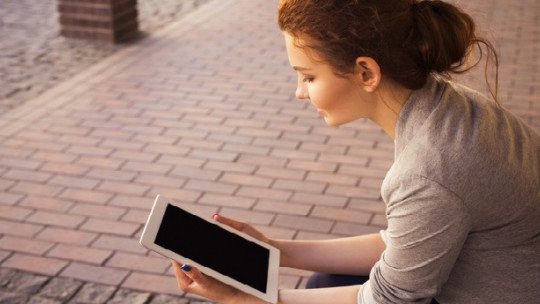 At some point, you’ve probably noticed
some people manage to do apparently very difficult things and in record time .

So you’ll know someone who works a few hours a day and makes a lot of money, or who achieves a good academic result
investing little time in studying; or that in addition to studying, they work much harder than their peers and only spend two or three hours studying (not including weekends).

The Pareto Principle: A Trick to Understanding Success and Failure

How do they get it? What’s the trick? You must know one thing: you can also do the same as them, in what way?
Pareto principle .

The name of this method is due to
Vilfredo Pareto, 20th century economist and sociologist. In Italy, at that time, 20% of the population was responsible for 80% of the economic capital. This same phenomenon can be extrapolated, at present, to the rest of the world, however the pattern remains the same: few hoard much while the majority has very little .

An example for understanding the 80/20 rule

I’m going to explain to you my personal experience in applying this system. Previously, I spent a huge amount of time at work and the only drawback was not only the hours spent, but also the effort involved. You could say that I was the one who arrived first at the office and left last, I had no choice but to spend my evenings and weekends working.

Despite my great daily effort, I did not stand out on merit. The merit was obtained by others who apparently worked much less . This caused me enormous frustration, I told myself that I wasn’t trying hard enough, but then, even if I tried much harder, the same thing happened, just like in the myth of Sisyphus, he carried a rock to the top of the mountain so that just as he was about to arrive, it would roll down and he would have to climb it again every day, one after the other.

At that moment I realized that there was something wrong . It couldn’t be that by spending all that time and effort I didn’t get the same achievements as other classmates, even if I was just as smart. I thought, there’s something I have to change, and that’s it, I started to look at this set of people. I started looking at how they did things and comparing it to the way I did things. These people did only what they had to do, but not only this, but they also did it the way it was supposed to be done. They did things right, efficiently.

However, I was doing it just the opposite, I was exceeding what I should do and consequently what I should do was not done properly . For example, when I was writing a report, I would add countless details and decorate it so that it was pleasant to read. I noticed that this group of people did just the opposite, they kept to writing down what was strictly necessary without adornment or frills in a way that saved effort and time.

I would like to continue with many more examples but this way it would never end. However, I do want to add that by applying the Pareto Principle my situation changed by 180 degrees . In this way I was introduced to this privileged group. The Pareto Principle is not only applicable to the work environment but also to studies and many other areas of our life.

What exactly is the Pareto Principle?

For example: I played basketball with my neighbors, I took it very seriously, I wanted to be the best at it, I trained very hard and even worked overtime on my own. However, it was others who scored baskets and were successful. I worked hard, I ran around, I stole balls and I made masterful passes. I wasn’t a bad player, on the contrary, you could say that my level was higher than that of a neighbourhood team. But in spite of everything, it was others who received ovations and always according to the goals scored.

It used to be that 80% of what I did when I was training was related exclusively to possession of the ball, assistance to team-mates and physical fitness. And what did I get? 20% of the success. Why? Because I didn’t make baskets . The difference between the gregarious personality and the leader

How did that person or pair lead the team and take the laurels? They didn’t run too much and they didn’t try as hard at 120% as I did when I was training. But they were making baskets and ultimately it was the score on the scoreboard that determined victory in a competition. I don’t mean to be selfish and hog the ball, even if it means missing a basketball opportunity because you don’t want to pass the ball. What I mean is that I wasn’t concentrating on what produced the results I wanted . I almost always thought about making good passes but not about being the one to score the basket, and although making good passes is not a bad thing, I didn’t get what I wanted that way.

In conclusion, I would like to say that in the last few seasons I played, I had a lot more fun than in all the previous ones and I also became the player who scored the most goals . Not because I was the best of all, but because I thought about making baskets and concentrated my efforts on that. Not that I scored all of them, but I did score a good number of points during each game. I didn’t focus on running more than the others or making the maximum number of passes, but simply looking for good positions to shoot. If I saw an opportunity I would go for it to the maximum. And so, by running less, making fewer passes and tiring myself out a lot less, I got better results.

Everyday examples from the beginning of 80/20

Making the most of the Pareto Principle in your studies

How do you apply this maxim properly?

As we have seen, the Pareto Principle is something similar to the law of minimum effort. It allows us to focus our efforts on what is really productive; it helps us to optimize our time and resources.

Here are three extra tips to apply this principle correctly :


Now all you have to do is wait for the results to come in themselves by applying this 80/20 rule!