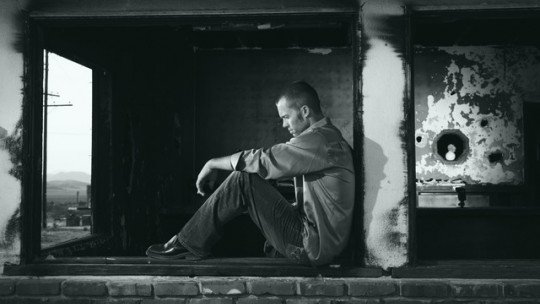 It is characterised by the fact that these people resist external requirements, that is, the demands of others , with expressions such as obstructionism, procrastination, stubbornness or forgetfulness, combined with negative and defeatist attitudes.

This type of behavior persists even when it is possible to show different and more effective behavior. People with this type of personality disorder are manipulative and dependent on others, so they are pessimistic and resentful.

The exact causes of this personality disorder are not known with certainty . Although experts say that the origin is found in both biological and environmental factors.

Researchers believe that people who exhibit passive-aggressive behaviors often express them in childhood. The parental style of their parents, family dynamics and other influences of childhood may contribute to the development of this personality disorder . Abuse during this life stage or severe punishment, substance abuse in adolescence or low self-esteem may also encourage the development of passive-aggressive behaviour.

It is important to mention that other psychological health conditions may appear to be passive-aggressive behaviors, so it is necessary to take this into account when making a correct diagnosis of this personality disorder. For example:

People with this disorder
often show a disconnection between what they say and what they do . Their behaviour provokes anger both from people close to them and from strangers.

Symptoms of this disorder include:

If you suffer from this disorder,
you should be treated as soon as possible as it directly affects your interpersonal relationships . Fortunately, it is possible to find help from psychological health professionals.If you think you might be suffering from this disorder, you should tell your family members and your family doctor, so that later you can go to a psychology professional who specialises in this type of disorder.

The psychotherapist can help you identify the passive-aggressive behaviors that you carry out, and thus teach you how to achieve a more adaptive behavior that causes you less suffering. Psychologists can help you manage your anger, resentment or low self-esteem that may be contributing to your suffering from this type of personality disorder. What do I do if I have this disorder? Guidelines and advice

They can also teach you effective coping strategies, such as being able to see the situation objectively and solve problems in the healthiest way possible. Assertiveness training can also help you manage passive-aggressive behavior, so you can express your thoughts and concerns effectively, which
reduces negative behavior caused by anger and frustration .

But in addition to seeking psychological help, you can also do other things on your own. They are as follows:

How to tell if I have Passive-Aggressive Personality Disorder: 12 keys to detecting it

But how do you know if you suffer from Passive-Aggressive Personality Disorder? Besides the fact that people usually don’t want to approach you, there are different signs that can help you to detect it.

You appear to be sweet, obedient and nice, but deep down you are resentful, angry and you feel great envy. You live with these two extremes, and this causes people around you to be confused and angry.

You are afraid of being alone and dependent . You find it difficult to have direct communication and, when faced with a conflict between partners, you often say: “I hate you” “Don’t leave me”. This shell you put on is nothing more than insecurity and fear of rejection. With this attitude you can alienate the people who care about you and those who matter, because it often seems that you don’t want support. Instead of being open, you close yourself off and become impenetrable.

4. You hold others accountable

You often complain that others treat you unfairly . Instead of taking responsibility for what you are doing wrong, assuming it and trying to change it, you prefer to play the victim. You often say that others are too hard on you or ask too much of you.

Procrastinas on a regular basis, especially when you have to do things for others. You always have an excuse for why you haven’t been able to do things. You can even blame others when you’re the one to blame. That’s how you destroy relationships and lose friendships.

6. You communicate through hints

You don’t give direct answers . This is another way that people you are often offended by. Instead of giving direct answers, you always send confusing messages about your thoughts, your plans or your intentions.

You often sulk and pout . You complain that others don’t understand you and lack empathy when they expect you to live up to your promises, obligations or duties. In reality, you are the one who commits and then fails to deliver.

8. Lack of deference to others

You are often late and forgetful . One of the reasons why you find it difficult to form relationships with others is because you are inconsiderate. So you don’t take being respectful of the agreements you make seriously. That includes being late when you’re meeting someone.

You make up stories, excuses and lies . You are the master of avoiding direct answers, you always have to have some phrase to distract others when they ask you for explanations. This leads you to tell a story or manipulate information. You prefer to have everything under control by creating lies.

10. You hide your insecurities

You constantly protect yourself so that no one knows how afraid you are of being imperfect , dependent or simply human.