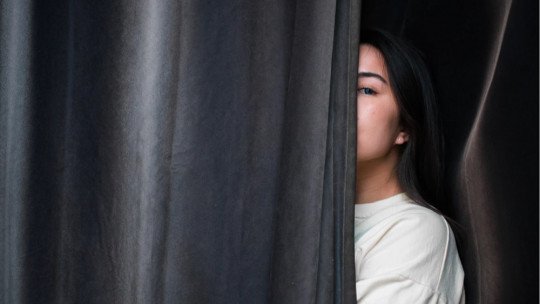 Communication can be established in many different ways. Ultimately, people’s needs, preferences and overall personality patterns have a great influence on how we act out ideas, beliefs and feelings. Passive communication is an example of this .

In this article we will see what the characteristics of this type of communication are, how it is expressed, what its drawbacks are and how it is possible to improve in this aspect.

What is passive communication?

A summary and simple definition of what passive communication is is the following: a communicative pattern characterized by the avoidance of entering into direct confrontation with others through what is expressed.

Thus, it is part of a dynamic of relationships with others in which there is hardly any assertiveness and a sense of vulnerability prevails .

Below we review the fundamental characteristics of passive communication.

What is said does not take on a meaning only by the phrases and words used, but also by how it is said. And, more specifically, the non-verbal language that accompanies the message transmitted verbally .

In the case of passive communication, a style of non-verbal communication that expresses submission prevails: avoidance of the other’s gaze or low gaze, tone of voice somewhat lower than that of the other, defensive posture, etc.

2. Frequent use of an impersonal perspective

There are certain opinions and points of view that people who adopt passive communication do express, but if they believe that they are slightly problematic because they involve things that are annoying for the listener, it is frequent that they use an impersonal tone instead of one in the first person .

For example, to ask for the repair of an office defect, there will be no talk of the damage to oneself that the defect is causing, but rather the presentation of the problem will be more along the lines of “it would be good if the defect were repaired”. This is a use of the passive that corresponds to the concept of passive communication.

3. Avoidance of direct confrontation and use of euphemisms

Another typical feature of passive communication is that there is no direct display of a clash of ideas or interests. Instead, in the event that there is indeed a mismatch of opinions or needs, it is expressed in a supposedly neutral way , as if all parties involved in the conversation were actually looking for a win-win solution, even when that is not really the case.

For example, if two people apply for the same position, they can be said to both be “looking for their place in the company”.

4. Avoiding the expression of feelings

People who fit the typical pattern of passive communication tend not to talk about their feelings as if they are part of the argument supporting their statements, even when these are relevant to the topic at hand. In these cases, once again, an impersonal type of speech is used.

The disadvantages of this pattern of behavior

As we have seen, there is a clear lack of assertiveness in passive communication. As a consequence of this, several consequences can mainly occur.

Either misunderstandings arise, since there is a part of the information that is not being revealed even though it is important, or the person who is maintaining the passive communication sees how his needs are not met and his interests are not taken into account . This second case also has negative repercussions derived from this situation.

In particular, the failure to express one’s needs and feelings leads to psychological (and often physical, if it leads to having to work harder to get all or part of a need satisfied) weariness. As time goes by, passive communication leads to the accumulation of frustrations, reasons for resentment and discomfort in general .

Eventually, all this may trigger psychological crises, or even outbursts of anger that conflict with the tendency to keep a low profile that characterizes passive communication. When this happens, it is difficult to maintain proper emotional regulation, and it is possible not only to compromise one’s well-being, but also to damage personal relationships or to blame people who are not responsible for what happened.

In general, passive communication feeds the maintenance of low self-esteem , since it helps to perpetuate a dynamic of submission to others.

What can be done to improve the communication style?

Although it may seem that passive communication serves to avoid conflict, in reality this is not the case, because without assertiveness there is always a party that is prejudiced, while there is another party that gets used to making its interests prevail. That is why it is worth getting out of the passive communication style.
To achieve this, it is good to follow the following advice.