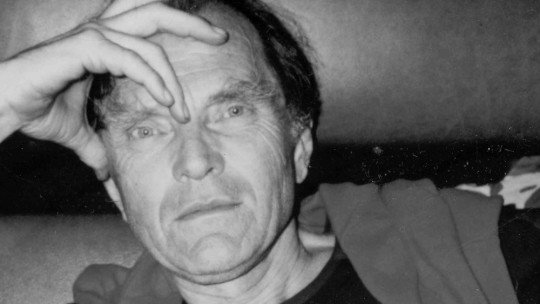 When we think of science as a whole we can, in general, get a somewhat romantic idea of something unified in its conception in spite of being able to divide it into multiple disciplines, there being great coincidence in how the data is interpreted and what methodology is used in order to try to explain reality. However, this is not the case: throughout history there have been numerous ways of seeing and doing science , including empiricism, rationalism and scientific realism.

Each of these perspectives has different research implications and has different considerations as to what things are, how they should be investigated, and even what effect belief in a particular theory has on observed phenomena. One of the most critical views is that of Paul Feyerabend’s epistemological anarchism. It is about this author that we are going to talk in this article, in which we are going to make a small biography of Paul Feyerabend .

Paul Karl Feyerabend was born in the city of Vienna in 1924, the only son of a middle-class family in a time characterized by the famine after World War I and the inflation that burdened the country’s economy. His father was a civil servant and his mother a seamstress, and he was taken in at an advanced age due to the difficulties of life at the time.

Even as a child he showed great intelligence. He studied at a Realgymnasium in his hometown, learning natural sciences, Latin and English and obtaining very high grades. Also, in some subjects such as physics and mathematics he seemed to have even greater mastery than his own teachers. He would also display some eccentric, ironic and sarcastic behaviour , to the point of being expelled from school.

During this same period of his life he began to acquire a great taste for reading (including books on philosophy, a subject that would begin to interest him and in which he would stand out many years later), theatre and singing (he even took classes in the latter and participated in choirs).

When in 1938 Germany annexed Austria to the Third Reich , his parents were happy about it and young Feyerabend (then a teenager) was impressed by Hitler’s oratory, although he would never become an extremist supporter of the Nazis. According to his own autobiography those years before World War II when he would observe political changes and ethnic persecutions were for him confusing.

In 1939 World War II would break out, a year before Feyerabend graduated from high school. After graduation, in 1940, was incorporated into the compulsory labour service introduced by the Nazis, the Arbeitsdienst . After being trained in Pirmasens, he was sent to France, where he dug and prepared trenches. At that time he would begin to value the idea of joining the army, specifically the SS, asking to join the front.

After leaving compulsory service, he returned to Vienna but immediately joined the army. He joined the Wehrmacht Pioneer Corps, receiving military training and later volunteering for officer training in Yugoslavia in 1942. There he would receive some hard news, which however did not generate in him an intense response: his mother had died, committing suicide. His autobiography indicates that he hoped the war would be over before he finished his training, but it was not: Feyerabend would be sent to the front line in Russia .

He received the Iron Cross Second Class in 1944, after successfully leading a village to occupation under enemy fire, being promoted to lieutenant the same year. He was then sent to Poland in 1945, where the Nazi army had to start retreating while the Soviets advanced. There he would be shot several times in the hands and in the belly, one of them affecting his spine and leaving him paralyzed. He was sent to a hospital in Apolda, where he would spend the rest of the war recovering from his injuries. However, although he walked again the impact of the bullet meant that from then on he would need a walking stick for the rest of his life.

After the war and still recovering, he would work temporarily as a playwright in Apolda and work in the local education department. As his health improved and his skills were enhanced, he moved to Weimar. There he entered various centres such as the Weimar Academy to take different courses in singing, theatre, Italian, piano, stage direction and vocalisation.

In 1947 Feyerabend returned to Vienna, where he would begin his university studies . Initially she studied history and sociology, since another of her favourite branches, physics, seemed to be far removed from reality after her experiences in the war. However, the studies she was doing did not seem to be satisfactory and she decided to leave history and start studying physics at the University of Vienna.

During his studies he also received classes in philosophy , which would deeply attract his attention. Initially he would embrace a positivist and empiricist vision of science, although contact with professionals like Ehrenhaft would influence his later vision. He wrote his first article in 1947, on illustration in physics.

In 1948 she met Karl Popper at a seminar at the Austrian Society in Alpbach , something that would awaken the germ of a change in her position regarding science. He continued to attend the meetings and seminars of this society, at first as a mere spectator but gradually he came to expose and even act as scientific secretary. There he would also meet Hollitscher, who would convince him that it is realism that guides and allows the progress of research in science and not positivism or empiricism. That same year he would marry for the first time a student of ethnography named Edeltrud, although it would not be long before they separated.

In addition to the above, in 1949 he also joined the Kraft Circle , a group of students and philosophers gathered around the figure of the only survivor of the members of the Vienna Circle, Victor Kraft, and whose activity was based on the discussion of philosophical issues from a scientific perspective. In this circle he met many important personalities.

Development of their philosophy

After finishing his studies, Feyerabend began to prepare a doctoral thesis focused on electrodynamics, but he was unable to solve a series of problems in this field and chose to vary the subject of his thesis from physics to philosophy. Thus, and under the direction of Kraft, he received his doctorate in 1951 with the thesis Zur Theorie der Basissätze , in which he discussed the basic statements on which scientific knowledge is based according to logical positivism .

After that, and after rejecting an offer to become Bertolt Brecht’s secretary, he tried to be accepted as a disciple by another of the Kraft Circle authors, Wittgenstein. Although Wittgenstein accepted, he unfortunately died before Feyerabend could work with him, in 1951. In spite of this, he managed to enter into work with Karl Popper, whose defence of falsehood (the belief that one cannot prove the truth of a theory but can prove its falsity through experimentation) and critical rationalism initially convinced him, abandoning empiricism and positivism once and for all.

In 1952 Feyerabend presented his ideas regarding scientific change. A year later he returned to Vienna, where he worked at various universities and later as an assistant to Arthur Pap. He was introduced to Herbert Feigl, who influenced Feyerabend’s ideas with his realistic approach (in line with Popper’s view). He wrote several philosophical articles on quantum mechanics , of great relevance which he considered that quantum theory was not unquestionable.

In 1955 he was appointed Professor of Philosophy of Science at the University of Bristol. A year later, after meeting and being influenced by professionals such as David Bohm, Joseph Agassi and Philipp Frank, he would marry for the second time a former student named Mary O’Neill, from whom he would also separate after a year (she would not be the last of his wives, having married a total of four times during his life). Some of his most critical works with empiricism began to be published, embracing scientific realism and Popper’s vision and considering that the interpretation of a relationship is determined by the theories used to explain it.

Moving and living in the United States

In 1958 he also received an offer to work as a professor at the University of Berkeley, which he accepted. In 1959 he became a naturalized American, and in 1960 he joined the University of California where, under Kuhn’s influence, he would begin to use historical examples in his work. In his works from this period arises the concept of immeasurability , which determines the impossibility of comparing two theories that do not enjoy the same theoretical language.

He took part in the student revolts and began to develop an interest in politics, holding various types of protest and was even about to be expelled from Berkeley University after passing students without having finished the course as a method of protest. The contact with the hippie movement that prevailed in those years also influenced his thinking. In 65 he participated in a seminar in Hamburg, in which his thought would end up being derived from what he would later call epistemological anarchism, which is one of his main contributions.

In this context, and alternating his work in Berkeley with that of California (which he would end up renouncing in 1968) and later with others that he would carry out in London, Berlin, Yale and Auckland, the author’s thinking was moving further and further away from traditional positions and also away from falsehood and rationalism.

He met Imre Lakatos in London, with whom he would have a great friendship that would last until the death of the latter. With him, he planned to publish a book in the form of an intellectual debate called For and Against Method , making Lakatos a defender of the rationalist conception of science while Feyerabend would attack it.

However, Lakatos died in 1974, without completing his part of the work. Feyerabend would finish and publish his in the book Against Method , a year after his friend’s death. In this publication he would totally embrace epistemological anarchism , considering that there are no universal methodological rules that always generate the progress of science and that it is necessary to vary the methodology in order to be able to carry out an authentic development of knowledge. Deep criticism was made of this publication, something which, despite his active response, caused him to fall into depression (as happened after Lakatos’ death).

In the 80’s I continued to work in Berkeley, as well as in Zurich , mostly as a philosophy professor.

His death and legacy

Feyerabend’s health had several ups and downs throughout his life, but it would be in the 1990s when the author would suffer a final deterioration. In 1991 he retired, thinking about enjoying his retirement and writing one last book. Unfortunately, however, in 1993 he was found to have a brain tumor. He continued and finished writing the book, his autobiography, with the title Killing Time: The Autobiography of Paul Feyerabend . In 1995 and after several problems such as suffering from a stroke, the tumour finally caused his death on February 11, 1994, at the Genolier Clinic in Switzerland.

Although his ideas were highly controversial and criticized , the legacy of Paul Feyerabend is of great interest to science, given that his idea of epistemological anarchism and his contributions throughout his life allow for a different vision of science and stimulate the need to vary the general methodology that it applies in order to generate new advances.