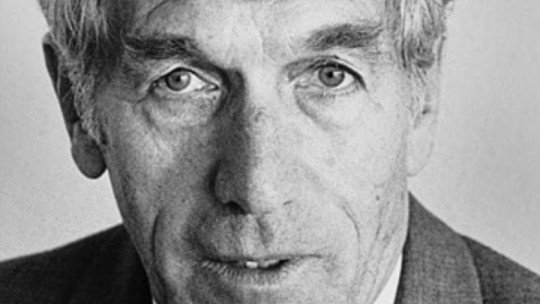 Paul Watzlawick (1921-2007) was an Austrian psychologist, philosopher and theorist who became a U.S. citizen, in addition to being the author of the well-known theory of human communication. He establishes five axioms that govern language in interactions.

In this article we will see a brief biography of Paul Watzlawick ; we will know briefly his academic and professional career, his thought, his theoretical orientation and his work.

Paul Watzlawick was a psychologist, philosopher and theorist who was born in Villach (Austria) in 1921 . He studied philosophy and modern languages at the University of Venice and did an internship in psychotherapy at the Carl Jung-Institut in Zurich, Switzerland. He is a doctor honoris causa from the Universities of Liège, Bordeaux and Buenos Aires.

Paul Watzlawick made important contributions to the field of psychology with his theory of human communication and with radical constructivism. In addition, he was a reference author in the field of family therapy, systemic therapy and psychotherapy in general.

Paul Watzlawick worked as a professor between 1957 and 1960 at the University of San Salvador, and later entered the Mental Reserach Institute in Palo Alto (California). He remained there until the end of his academic career, also working as a professor at Stanford University.

Paul Watzlawick’s thought is located within the current of systemic constructivism , and defends an analytical orientation, centered on the psychological processes of communication.

On the other hand, this author establishes the five basic axioms of the process of human interaction in his work Pragmatics of Human Communication , published with Janet Beavin Bavelas and Donald D. Jackson.

Analogical communication refers to everything “non-verbal” (gestures, use of spaces, intonation…) while digital communication covers verbal language, and has a more abstract character.

With regard to analogical communication, Paul Watzlawick alludes to the similarity between what is to be transmitted and the mode of communication. This is part of the human essence and of human relations.

Thus, communication between people of two different languages, even when they do not understand each other, allows a high degree of gestural and expressive understanding . There would exist, then, a communication context that would give meaning to human interactions. Such a context would include cultural values such as personal manners, shared sensitivity, etc.

The 5 Axioms of Paul Watzlawick

From his theory of human communication, Paul Watzlawick establishes several axioms that govern language from a constructivist-systemic perspective :

1. Impossibility of not communicating

Paul Watzlawick’s first axiom says that “it is impossible not to communicate”. He considers that no one can stop behaving , and that any behaviour in itself involves an act of communication.

3. Roles of the partners

According to Paul Watzlawick, in the interlocutors there is always one who has the initiative and another who acts in response to the first and, depending on the role, communication is structured.

The interaction between two or more people is influenced by both verbal and non-verbal communication , and both give meaning to the message.

Two types of relationships must be taken into account in communication, which affect the way messages are sent and understood: a symmetrical one, where the parties are in an equal position (for example, two members of the same team), and a complementary one, where there is a union of authority-follower (the boss with respect to the employee).

The concept of reality

In this way, there is no “real reality”, but instead, there are representations of reality that are specific to each person . Here, too, people’s pathological imaginaries intervene, that is, the distorted visions we have of reality.

Thus, health and mental illness are related through “codes” or social and cultural norms, and are not assessments of a single, certain or immutable interpretation.