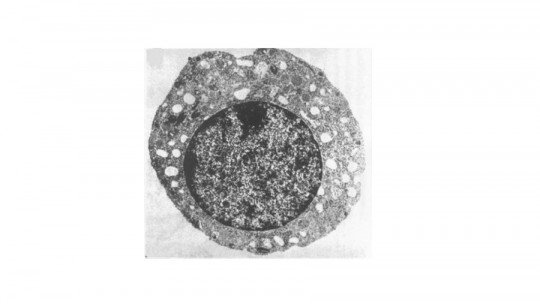 Pearson’s syndrome is a rare medical condition that, despite only being known in less than a hundred cases worldwide, has aroused the interest of geneticists and molecular biologists since it was discovered in the 1970s.

In this article we will go deeper into this rare disease, knowing its symptomatology, causes, diagnosis and treatment.

What is Pearson’s syndrome?

Pearson’s syndrome is a disease of genetic origin, caused by alterations in the DNA found inside the mitochondria . This alteration is mostly due to mutations that occur during cell division when the embryo is forming.

Since it is a disease caused by something inside each of the body’s cells, there is no known way to cure it, and it has a very poor prognosis. Individuals diagnosed with Pearson are children who will rarely live more than three years.

There are several problems derived from this rare medical condition, the main ones being hematological, hepatic and muscular. All this leads to a limited capacity of the individual to interact with the world around him, in addition to presenting problems in growth.

The first person to describe him was the one named after him, Howard Pearson, in 1979. This disease is so rare that, to date, only about seventy cases are known in the international literature .

Pearson’s syndrome is of genetic origin. It occurs as a result of an alteration in the DNA inside the mitochondria, the organelle responsible for cellular respiration. This alteration can be due either to a deletion, i.e. the partial or total loss of the DNA molecule, or to duplication, i.e. a region of the DNA being replicated. These alterations are due, in most cases, to mutations in the genetic material of the individual.

These alterations affect the metabolism, causing the cell to not receive energy in the correct way , which ultimately affects basic and vital processes for the organism, such as the active transport of substances in the cell, muscle contraction, the synthesis of molecules, among others.

The clinical presentation of Pearson’s syndrome is variable, which makes it necessary to follow a rigorous follow-up of the patient to confirm that he or she has the condition, in addition to finding out what the main problems are that the individual in question suffers, given that as with any other disease, the symptomatology from patient to patient can be different. The main diagnostic tool for this syndrome is a biochemical-molecular study , in which it will be seen whether or not it has the alteration in the mitochondrial DNA.

In most cases, genetic testing can only be done once the baby is born and the first symptoms that are possibly associated with Pearson syndrome are detected in the particular case. Although prenatal testing for Pearson syndrome is theoretically possible, analyzing and interpreting the results is really difficult and risky for the life of the still-forming fetus.

The first symptoms of the syndrome appear during the first year of life, one of the most striking being the problems in the blood and pancreas . In most cases, individuals do not manage to live more than three years.

In this syndrome, there are problems in the bone marrow, which involves problems at the blood level. The marrow does not produce white blood cells (neutrophils) efficiently (pancytopenia), which causes the individual to end up developing anemia, which can progress very severely. It also presents low platelet count and aplastic anemia.

In relation to the pancreas, specifically the exocrine part of it (exocrine pancreatic insufficiency), in this syndrome there is a dysfunction in this organ, causing it to become more atrophied.

Because of this, individuals who have Pearson’s syndrome have problems absorbing nutrients from food , which leads to nutritional problems that occur in growth problems and difficulty gaining weight, in addition to going through diarrhea quite often.

But in addition to blood and pancreas problems there are many other symptoms that define this disorder, which is considered a multi-system mitochondrial disease. Some of these symptoms are:

Pearson’s syndrome, as we have already seen, is of genetic origin, since it consists of an alteration of the mitochondrial DNA. This, with the therapeutic tools that current medicine has, is not possible to solve and, therefore, this syndrome has no known cure.

However, this does not mean that treatment cannot be applied to the person who has this medical condition. Although the therapy is focused on alleviating the symptoms , with few possibilities of a significant change in its manifestation, it does represent an ideal treatment to improve the patient’s quality of life, as well as reducing or directly preventing the appearance of other problems that may be secondary to Pearson’s syndrome, such as infections.

Among the problems associated with the syndrome is Earns-Sayre syndrome , which involves deterioration of the retina, hearing loss, diabetes and cardiovascular disease. Other problems include sepsis, endocrine disorders, lactic acidosis crisis and liver failure. All these pathologies are the ones that contribute, combined with the syndrome, to the fact that children with this diagnosis do not have a life expectancy much higher than three years.

Those individuals who manage to survive early childhood are evolving to show hematological signs that are spontaneously fixed, while neurological problems and muscle problems arise and get worse. If they haven’t had Kearns-Sayre syndrome before, children are likely to develop it after the age of three.

It should be noted that yes there is a surgical intervention that can significantly improve the life of the patient, although its purpose is palliative . This is a bone marrow transplant, given that the syndrome affects the marrow very markedly and this type of intervention allows the patient’s life to be stretched a little further. If this option is not possible, blood transfusions are usually very frequent, especially to avoid severe anaemia, associated with erythropoietin therapy.