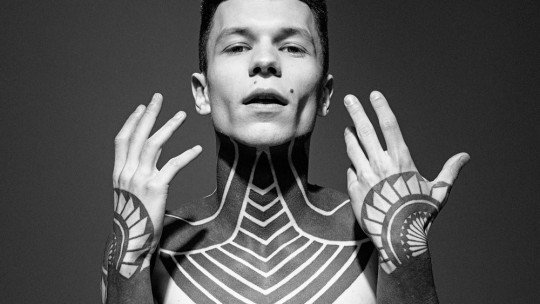 Tattoos are now a real social and aesthetic phenomenon. Since they went from prison environments to fashion shows and all kinds of demographic groups in most Western countries, they have become so standardized that they are no longer something strange, as they were a few decades ago.

According to the estimates of the Spanish Academy of Dermatology, one out of every three Spaniards between 18 and 35 years old, the millennial generation, has at least one tattoo. This is not an isolated case: in the United States, almost a third of the inhabitants have their skin tattooed in one way or another, according to the Pew Research Center.

Given this rapid expansion, it is normal that social and personality psychologists have been interested in knowing what psychological traits and characteristics define people who wear tattoos.

Personality traits of people with tattoos

It is clear that each individual is a world; this is a principle that all researchers dedicated to the study of individual differences take into account.

However, it is also true that, in many cases, certain personality traits make us more likely to engage in certain behaviors. This occurs with the propensity to use drugs, to get married, and many others, among which it seems to be the fact of getting a tattoo or more.

Recently, a group of researchers from the Anglia Ruskin University has carried out a study precisely to detect those personality traits in which people with tattoos are characterized when compared with the rest of the population.

To carry out this study, a number of volunteers, with or without tattoos, were recruited to fill out personality tests. Based on the analysis of all the accumulated data, the team discovered three basic personality traits in those who wear tattoos. They are, fundamentally, the three that we will see next.

Extraversion is a personality trait that tells us about the degree to which people are dependent on external stimuli in their immediate environment. Specifically, those who are extraverted tend to seek out complex and socially rich environments , and full of stimuli, unlike introverted people, who show a certain degree of anxiety if they feel overwhelmed by external stimuli.

In practice, extraverted people are more sociable, as they like to be in crowded places with large groups, sounds and visual stimuli more often. They give the impression of being energetic individuals, although situations in which there is a certain degree of loneliness and isolation may cause their mood to drop, which is not the case with introverts.

This research shows that people with tattoos have a significant tendency to welcome new experiences with joy . This means that, in general, the changes that occur in life over time are not seen as something bad, something that happens, for example, in conservative people.

On the other hand, the search for new experiences is seen as something exciting by those who present this type of personality, while monotonous situations quickly cause boredom. In general, everything related to adventure and to the possibility of assuming a certain degree of risk is experienced with pleasure.

3. Motivation to stand out

It is well known that many people claim to get tattoos simply because they like them or because they have a meaning that they know better than anyone else. Of course, it is very possible that in the case of hundreds of thousands of people with tattoos this is the case, but this study has detected that, in general, those who decide to get a tattoo show a significant motivation to stand out from the rest.

Based on this fact, the fact of resorting to this kind of aesthetic and symbolic resources can be seen as an attempt to build an identity in front of others; to have something to tell through stories drawn by the ink that decorates the body , being these stories, normally, something that has to do with the philosophy of life of the person who is wearing it, or with important events that have occurred in their lives.

After all, even the smallest and most hidden tattoos give rise to questions and excuses to explain how life is lived, or has been lived. The fact that only very few people see some of them is in itself something that gives strength to their power to express, since the discretion and intimacy associated with them have a clear emotional impact on the person who sees them.