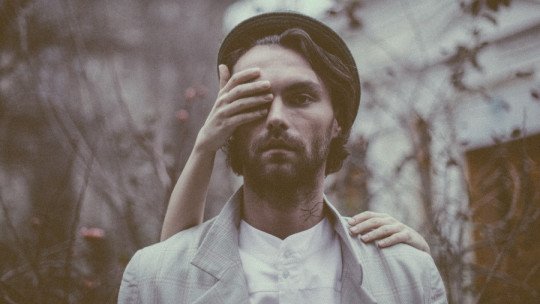 It is common to find, throughout life, that they have to seem sad, negative or with a constant melancholic air.

However, when it persists over the years and begins to interfere with different aspects of a person’s life, we can speak of persistent depressive disorder.

What is persistent depressive disorder?

Previously labeled as dysthymia or dysthymic disorder, the latest volume of the Diagnostic and Statistical Manual of Mental Disorders (DSM-V) renames it persistent depressive disorder.

Persistent depressive disorder is considered a chronic affective condition that is distinguished by the fact that the person permanently experiences a depressive and melancholic mood and very low self-esteem.

Although its origin is not clearly established, it is believed that there is a genetic component, i.e. hereditary, which, together with psychosocial elements such as detachment or lack of stimulation and rewards during childhood, predisposes the person to suffer from this persistent depressive disorder.

Within the symptomatology of persistent depressive disorder, the symptom that most characterizes it is the patient’s experience of a persistent state of demoralization, uneasiness or grief and discouragement ; which lasts for at least two years.

When this disorder appears in children or adolescents, the manifestations go from being a depressive mood to being irascible or angry; and it must last at least a year.

You should also have two or more of these symptoms most of the time:

It is common for people with persistent depressive disorder to suffer from a negative self-concept, as well as a pessimistic view of their future, of others, and of virtually everything around them; thus, they find it difficult to solve any kind of problem or conflict.

As mentioned above, the specific causes of this persistent depressive disorder or chronic depression are still unknown. However, it is known that this disorder tends to be hereditary, that it affects more men than women and that it is suffered by approximately 5% of the population .

Another common point that patients with chronic depression have is that at least 50% of them will suffer a major depressive episode throughout their lives.

To make an effective diagnosis of persistent depressive disorder, the relevant health professional should take a medical history that assesses both mood and other symptoms associated with the condition.

In addition, a series of laboratory tests should be performed to rule out any possible physical origin of the disease.

A correct diagnosis of this disorder should take into account the following qualifying conditions established by the DSM-V:

The person must be in a depressed mood most of the day and on most days for at least 2 years. This can be referred directly by the patient or observed by those around him/her.

2. Presence of two or more of these symptoms

The symptoms of the previous two points must have remained in the person for at least two years, with intermittences of at most two months.

The person has not had a major depressive episode during the first two years and the symptoms are not better explained by the presence of another type of depressive disorder.

5. There are no manic episodes, hypomaniacs, etc.

The person has never experienced a manic episode, a mixed episode, or a hypomanic episode. Also, the criteria for cyclothymic disorder are not met.

6. Does not appear during a psychotic disorder

Symptoms do not appear exclusively in a chronic psychotic disorder such as schizophrenia or delusional disorder.

7. Symptoms are not caused by drugs or other diseases

The symptoms cannot be explained by the physiological effects of substance use or by any medical illness.

The symptomatology causes a clinically significant discomfort in the person. This discomfort generates a deterioration at work, social or any other important area of the patient.

Persistent depressive disorder is a chronic condition. However, the person may benefit from treatment that consists of pharmacological therapy with antidepressants and intervention with psychotherapy .

Despite the fact that antidepressant medication works better in major depression than in persistent depressive disorder, there are a number of drugs that can bring about an improvement in the patient’s symptoms. These are:

As far as the psychotherapy used in these cases is concerned, the most important thing is that the person is able to externalize his feelings and thoughts, as well as learn to manage them.

There are a number of very effective therapies for this purpose:

Finally, the prognosis or evolution of this disorder differs greatly from person to person. Its chronic nature means that the person suffers from it over the years and even throughout their life, with very few people recovering completely .

With the use of an adequate treatment the person can get very significantly better and continue his or her usual routine in a satisfactory way. However, in most cases, permanent psychological therapy is required.