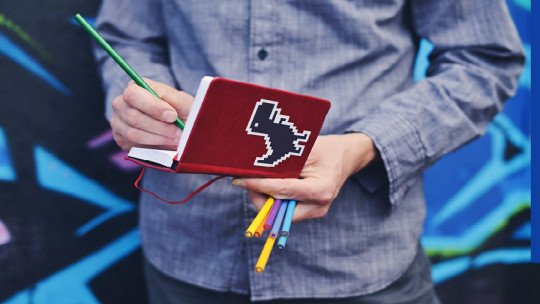 If I pronounce the word Psychology and later make a brief pause, more than one usually thinks of an endless number of complications derived from the pathological conception that we all have in mind, based on the absence of mental health linked forever, as well as erroneously, to the mentioned field.

In a positive sense, that is, in the development of the mental capacities that favour the adequate functioning of our thoughts , feelings and behaviours, other terms of recent coinage are often used, such as the controversial concept of coaching, as if this technique did not have a close relationship with the fundamental objectives of positive psychology.

The fact is that each of us has a machine, perhaps the most powerful of all I would dare to say, of which fortunately or unfortunately we do not have the instruction manual on its operation. We only start from the basis of an eminently common hardware, whose software we develop throughout our lives by acquiring vital experiences and learning that ultimately determine our functional capacities.

There are many examples that can be drawn from the film context in this regard. Anyone who cares can remember how Will Smith helped to develop his skills of seduction to his clients in the film of “Hitch”. Or how Lionel Logue did the same when it came to overcoming the stuttering caused to the Duke George of York by speaking in public in the film “The King’s Speech”.

Somewhat less well known to the general public in its version of the big screen, “The Peaceful Warrior” may turn out to be based on Dan Milman’s autobiographical novel, in which a mystic Nick Nolte, embodying the “master” Socrates, collaborated in the learning of Scott Mechiowicz (Dan) to develop “the suspension of incessant mental dialogue, the abandonment of the ego and the experience of living fully in the present moment”.

Similarly, it is common to find popular belief based on the stability and permanence of certain psychological characteristics, exemplified perfectly in expressions such as “I am like this” or “I have always behaved this way”. As if our interpretations, judgements or beliefs were determined in a series, in an innate way, in terms of “you either have it or you don’t”, without addressing the possibility of development. Something that, on the other hand, happens with each new learning or experience that modifies our associations and neuronal connections. In itself, the very belief in psychological change already opens the door for it to happen .

In order to achieve these changes effectively, we have a series of steps necessary to make them successful. The first and perhaps most difficult of these would be to learn to take ourselves less seriously, when considering ourselves a reliable source of knowledge, since as a rule, we are all subject to changes in our emotional states that affect our criteria for interpretation over time, and can develop real barbarities in the form of beliefs about ourselves or our abilities.

Being able to often resist the opinions or beliefs of others with which we disagree, we find it more difficult to do the same with those we develop ourselves, making good the maxim “if I think about it it will be because it is true” .

Another fundamental step needed to move forward would be the willingness to abandon our old and dysfunctional beliefs, like the child who resists giving up his old toys that he barely enjoys anymore.

And it is not so much a question of analysing the “why” or the veracity/false nature of our approaches , as of changing our criteria of analysis for others based more on the “what for” or attending to the usefulness/inutility that certain thoughts provide us with in a more practical sense, when it comes to achieving our objectives for change.

Overcoming this first phase of change, implies initially developing the insecurity of the one who thought he was walking on solid ground and discovered himself in swampy terrain. However, the illusion and motivation that the desired change brings with it more than justifies the initial state of uncertainty.

With UPAD Psychology and Coaching reaching new challenges is possible thanks to its personal development processes. The work of beliefs will be fundamental to face with guarantees those new changes that allow the client to achieve high levels of satisfaction, welfare and performance.

“When nothing is certain, all things are possible.” (Margaret Drabble)