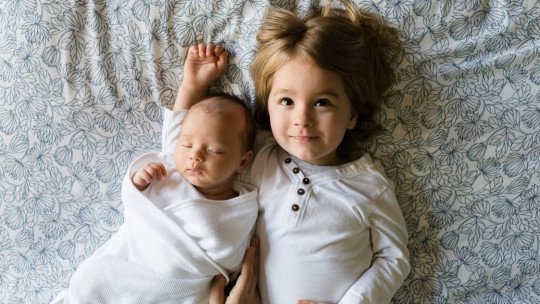 The concept of personality development can be described as the vital process through which every individual passes where certain bases and guidelines of character and behaviour are established from which the traits, values and forms of functioning organized and stable in time of that person are shaped.

These mechanisms become a reference for the person in his/her interactions with the context (environmental or physical and interpersonal or social) in which he/she usually develops.

Thus, development is understood as the result of the two-way confluence between more biological or internal factors (genetic inheritance) and other contextual or external factors (environment). The former include temperament , which is defined by an intrinsic and innate emotional and motivational disposition that mobilizes the subject for interests of a primary nature.

On the other hand, environmental factors can be classified into common influences (externally originated norms, values, social and cultural beliefs) and personal influences (particular life experiences and circumstances of each subject, such as an illness).

It can be said, therefore, that as the subject matures biologically and incorporates new experiences and external experiences, the process of developing one’s personality takes place. In what way does this development of the personality take place during childhood?

The most important phenomenon that characterizes the emotional development of the child in the first years of life is the formation of the attachment or emotional/affective bond established between the child and one or more reference figures (usually subjects belonging to the family system, although this may not be the case in all cases). Attachment is composed of three elements: attachment behaviours, mental representations and feelings generated from the two previous ones .

The main function of the elaboration of the affective bond is both to facilitate an adaptive development in the emotional area which allows the subject to establish future functional and adequate affective interpersonal relationships, and to ensure a balanced development of the general personality . Without this support, children are not able to establish the affective bonds necessary to develop all their competencies.

At the same time, attachment creates a context in which children can learn and explore their environment while feeling safe, which is essential to discovering their own capacities. These kinds of discoveries will shape their attitudes and a part of their personality, depending on whether they feel more or less competent in the areas in which they live on a regular basis.

The process of attachment formation

In the process of attachment formation, several phases can be distinguished depending on the distinction the baby learns to make about the people in its social environment . Thus, in the first two months his inability to discriminate between attachment figures and other people motivates him to feel good disposition for social interaction in general, independently of the person in question.

From the age of 6 months, this differentiation becomes more pronounced, so that the child shows a preference for the closer figures of emotional proximity. At the age of 8 months the phase of “eighth month distress” takes place in which the baby shows his or her rejection of strangers or people who are not part of his or her closest circle of attachment.

With the consolidation of the symbolic function, at 2 years of age, one is able to interiorize the permanence of the object , even though it is not physically visible, which makes the consolidation of the affective bond possible. Later, the child begins a stage characterized by a constant search for approval and affection from the adult , experiencing certain emotional dependence and showing again a good predisposition for general social interaction.

Finally, between the ages of 4 and 6, the child’s interest is focused on their relationship with their peers, which reinforces the beginning of the socialization stage in other environments different from the family, such as school.

The conquest of autonomy

The acquisition of the capacity for autonomy takes place in the first years of the child’s childhood, once the process of self-concept has begun to be consolidated (as a differentiation from other subjects) and the affective dependence on the adult begins to be overcome in order to orient oneself to experiment with the world independently.

When they discover that they can interact by following the first notions of norms, values and internalised beliefs (not always coinciding with those of adults understood as models of learning) from early life experiences, their motivation is oriented towards governing their behaviour according to their own decisions . Thus, a phase of constant ambivalence is generated between the need to depend on the adult and the search for autonomy with respect to him/her, which may lead to the manifestation of tantrums or other behavioural alterations as a sign of the intention to preserve his/her independence.

This is a delicate process, since in addition to the fact that the child can be very difficult to manage, it requires the adult to set strict and clear educational guidelines on the appropriate developmental path to take. This is one of the fundamental ideas to highlight in terms of the development of the child’s autonomy.

It is important to remember that there must be this balance between the ever-increasing freedom of action that the child adopts and the permanent role of guide and orientation that must be played by the figures of attachment and education that the former has.

Another fundamental point is the relevance of the environmental context in which the individual develops, which shapes and influences considerably the process of acquisition of the indicated autonomy. Therefore, each individual has his or her own particularities and no universal pattern can be established to explain this process in a general way . As most of the aspects referring to the development of the person are characterised by their individuality and by the qualitative differentiation with respect to other subjects.

The beginning of the acquisition of self-consciousness or self-concept is intrinsically related to the achievement of the cognitive development phase of object permanence. The child internalizes that he or she remains the same being in different moments or situations thanks to the linguistic proliferation and development that takes place from the second year of life. From that moment on, the subject begins to see himself as a being different from other individuals and to recognize his own ideas, values, beliefs, feelings, interests and motivations. That is to say, he begins to relate the environment in which he is situated with his self.

This is a process that begins at this chronological moment; therefore, this differentiation and establishment of individual identity is not complete at all times and despite the assimilation of the aspects that are inherent to the person (personality) it is possible that some cognitive and/or emotional processes occur unconsciously.

Thus, it is a process by which what others express and what one interprets from their actions forms an image of oneself. In turn, this image is associated with a moral assessment of it, which makes it more or less positive depending on the expectations and preferences of the child .

The role of self-esteem in children

With the appearance of the self-concept, its value component, self-esteem, emerges simultaneously. Self-esteem is a phenomenon that is very closely linked to the achievement of a balanced and adaptive psychological development. Therefore, if the evaluation that the individual carries out on his value as a human being in interaction with the more cognitive aspects and qualities related to self-concept is positive, this fact will act as a protective factor in the future in the prevention of intense emotional alterations , difficulties on a psychological level and, to a greater extent, problems in social interaction with other people.

Another fundamental aspect is the role played by external evaluations on the level of self-esteem presented by each subject. Thus, the image that others have of themselves and the assessment they make of their skills or behaviour have a significant influence on the perception of the child of himself or herself.

From the third or fourth year onwards, the search for approval by the adult would be related to this question, since this motivation is carried out with the ultimate aim of establishing an acceptable level of self-esteem . As mentioned above, in this stage conflicts may arise, at the level of oppositional behaviours of the child before educational figures and other adults, derived from the opposition between the protection of the adult and the search for autonomy of the child. Therefore, a fundamental aspect to be taken into account is the educational style that the parents exercise over the child.

An educational style characterized by a balanced combination of control/discipline/authority and affection/understanding seems to promote a high level of self-esteem and, in addition, a lower likelihood of manifestation of tantrums and negativistic behavior. Thus, it is essential that educators understand the importance of the progressive increase of autonomy on the part of the child and that as his or her maturity as a human being takes place, the exhaustive control of all those decisions concerning the child must be gradually diminished.

Are personality, character and temperament equivalent?

Although these three terms have been used undifferentiatedly, the truth is that they are not conceptual equivalents. The definition of personality as a disposition or set of stable and permanent features that guide both behavior, reasoning and emotional expression in a generic way, would include both the concept of temperament and character.

In other words, both temperament and character are elements that form the personality interacting together . They cannot be isolated individually, but they help to understand our behaviour patterns globally and in all areas of life.

Temperament refers to the innate emotional and motivational predisposition whose manifestations are due to a more primitive biological or hereditary origin. It is a phenomenon that is considerably stable over time and is subject to a lesser degree of ethnic or cultural interference . In contrast, the character, which is more cognitive and intentional in nature, derives from environmental and cultural influence and is the product of external life experiences.