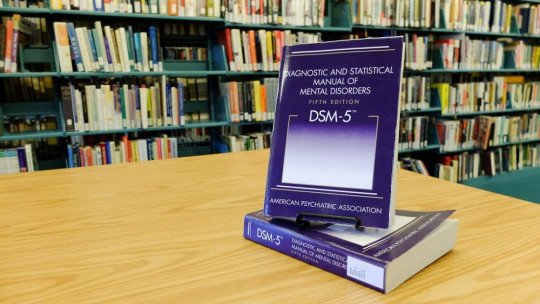 The different updates published by the American Psychiatric Assotiation that have been shaping the versions of the Diagnostic and Statistical Manual of Mental Disorders have traditionally been subject to criticism and discrepancies. Despite the fact that each new publication has tried to achieve a higher rate of consensus among experts, the truth is that there is no denying the existence of a sector of the community of psychology and psychiatry professionals who have reservations about this system of classification of mental disorders .

With regard to the most current versions of the DSM (DSM-IV TR of 2000 and DSM-5 of 2013), several renowned authors such as Echeburúa, from the University of the Basque Country, have already demonstrated the controversial nature of the classification of Personality Disorders (PD) in the manual that preceded the current DSM-IV-TR. Thus, in one of their works, together with Esbec (2011), they have highlighted the need to carry out a complete reformulation of both diagnostic nosologies and the criteria to be included for each of them. According to the authors, this process could have a positive impact on increasing diagnostic validity rates and reducing the overlap of multiple diagnoses applied to the clinical population.

Problems with classification of Personality Disorders in DSM 5

In addition to Echeburúa, other experts in the field such as Rodríguez-Testal et al. (2014) argue that there are various elements which, despite having little theoretical support, have been maintained in the transition from DSM-IV-TR to DSM-5 , such as the categorical methodology in three groups of personality disorders (the so-called clusters), instead of opting for a more dimensional approach where scales of severity or symptomatic intensity are added.

The authors assert the presence of problems in the operational definition of each diagnostic label, arguing that in various entities there is significant overlap between some of the criteria included in certain mental disorders included in Axis I of the manual, as well as the heterogeneity of profiles that can be obtained in the clinical population under the same common diagnosis.

On the other hand, it is very complex to establish the differentiation between the continuum of marked personality trait (normality) and extreme and pathological personality trait (personality disorder). Even specifying that there must be significant functional impairment in the individual’s personal and social performance, as well as the manifestation of an inflexible and maladaptive psychological and behavioral repertoire stable over time, it is difficult and complex to identify which population profiles belong to the first or the second category.

Another important point concerns the validity rates obtained from the scientific research supporting this classification. Simply put, no studies have been carried out to support these data , nor does the differentiation between clusters (conglomerates A, B and C) seem justified:

Furthermore, the descriptions given for each diagnosis of Personality Disorders do not sufficiently correspond to the signs observed in the clinical patients in consultation, and there is also an overlap of excessively broad clinical pictures. The result of all this is the overdiagnosis , a phenomenon that presents a harmful and stigmatizing effect for the patient himself, in addition to complications at the level of communication between the professionals of the mental health field who attend this clinical group.

Finally, it seems that there is not enough scientific rigor to validate the temporal stability of some personality traits . For example, research indicates that the symptoms of PT in cluster B tend to decrease over time, while the signs of PT in clusters A and C tend to increase.

Proposals to improve the classification system of TP

In order to solve some of the above difficulties, Tyrer and Johnson (1996) had already proposed a system a couple of decades ago that added to the previous traditional methodology a graduated assessment to establish more specifically the severity of the presence of a Personality Disorder :

Another type of measure addressed at the APA meetings during the preparation of the final version of DSM-5, was to consider the inclusion of six more specific personality domains (negative emotionality, introversion, antagonism, disinhibition, compulsivity and schizotypy) specified from 37 more specific facets. Both domains and facets were to be assessed in intensity on a scale of 0-3 to ensure more detail about the presence of each trait in the individual in question.

Finally, in relation to the reduction of overlap between diagnostic categories, overdiagnosis and the elimination of the lesser nosologies supported at the theoretical level, Echeburúa and Esbec have presented the contemplation of the APA of decreasing from the ten included in the DSM-IV-TR to five, which are described below along with its more idiosyncratic features:

In spite of the interesting proposals described here, the DSM-V has maintained the same structure of its previous version , a fact that makes the disagreements or problems derived from the description of personality disorders and their diagnostic criteria persist. It remains to be seen whether a new formulation of the manual will be able to incorporate some of the initiatives indicated (or others that may be formulated during the preparation process) in order to facilitate the performance of the clinical practice of the professional collective of psychology and psychiatry in the future.