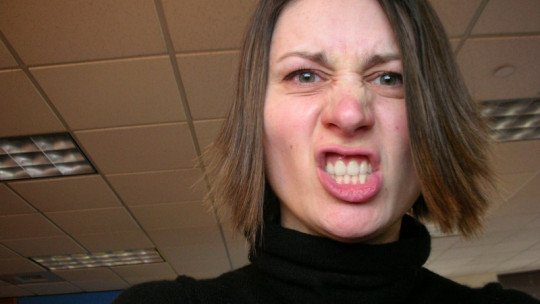 Myths and Facts about Personality Disorders

Psychology has been talking for decades about different personality types and how they influence our way of interpreting the world. We can find two ways of dealing with this subject, on the one hand professionals describing normal personality types and their predisposition to different physical illnesses, such as the famous A-type and B-type personality, the former prone to cardiovascular diseases and stress. And the other way is to treat them as personality disorders .

But today we want to talk about this second point: personality disorders. Personality disorders are defined as a permanent and inflexible pattern of behaviour that is far from the expectations according to the person’s age and culture . That is, someone who does not behave as expected and who interprets the world in a different way. Over the years, some diagnostic categories have been disappearing, which have had a great deal of impact on our culture, such as Multiple Personality Disorder, which has given rise to well-known film scripts such as Dr. Jekyll and Mr Hyde , but which today does not appear as such in diagnostic manuals (DSM-V).

Were these disorders myths or realities? Their existence or not in the past, the scientific basis that creates the consensus that a psychopathology has a set of characteristics of its own, is something difficult to assess. Currently, this diagnostic category has disappeared and we could see similar features in Dissociative Personality Disorder . What is really interesting about this topic is to observe to what extent the socio-cultural changes that take place over the centuries correlate with clinical changes, changes in symptoms and mental disorders.

There are personality disorders that disappear from the manuals and others that arise and become fashionable, as is the case of borderline personality disorder, one of the most diagnosed in recent times and one of the most difficult to treat. They are impulsive and unstable people who present great difficulties in their interpersonal relationships.

It is curious that most of the most diagnosed pathologies of the 21st century have as a common denominator impulsivity . Such is the case of ADHD, TLP , etc.

They seem to be less serious manifestations of these pathologies.

Another personality disorder that has been very popular in the movies and has resulted in multiple films in which some of the characters have this characteristic has been the antisocial disorder (or the psychopath , as it is popularly known). Films like The Silence of the Lambs (1991), which show us the psychopath as someone very intelligent and special, who is also a serial killer. There are other films that have dealt with these issues, as you can see in the article “Films about psychology and mental disorders”. But what is the truth and the lie in all this?

The reality is that people suffering from antisocial disorder often have problems with the law because of their tendency to commit minor criminal acts, which are far removed from serial killings. There is a certain disregard and violation of the rights of others for their own benefit and without any sense of guilt. But killing others is often not their goal, so it is a misplaced attribution: people with antisocial disorder are not potential killers.

Recapping: Toward a Restful View of Personality Disorders

But the reality of this disorder goes beyond that, because at its most serious end it can block the person in his daily life, because of his marked slowness in carrying out tasks. To do something perfect you have to dedicate a lot of time to it, so much so that sometimes it is unfeasible to finish it within a reasonable period of time, and this causes them to often not start an activity because they know they cannot do it as they want to, thus stopping doing many things and giving the impression that they are unmotivated or lazy. Nothing could be further from the truth. There are many personality disorders that are reflected in our cinema, but the reality is that they are difficult to treat and that they affect the day-to-day life of the person who suffers from them.

Surely, over the years, we will see some disorders that now exist disappear and new ones appear, because personality is not only genetic, it is also the result of a social, cultural context; it emerges from our beliefs and from our interpersonal relationships… and consequently the catalogue of disorders will hardly have a fixed image.

What personality disorders will define the 21st century ?