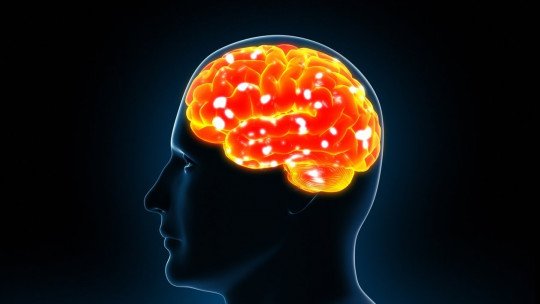 The study of personality types is one of the main areas of research in psychology.

Several proposals for tests and personality systems have emerged from it, which are very useful both in applied psychology and in research. However , we still know very little about what causes the appearance of personality itself . We realize that there are differences in people’s behavior (and thinking) patterns, but we do not know the origin of these. Genetics, differences in learning? The answer to this question, besides being a mystery, seems to be very complex.

However, recent research has shed some light on the matter, and it has done so on the basis of a possible answer that is surprising. One aspect of our personality could be controlled by our immune system .

The Origins of the Sociable Personality

The conclusions of the study, which have been published in the journal Nature and are signed by several researchers from the University of Virginia, point to the possibility that part of our social behavior has appeared under the influence that the immune system has on our brain.

The research was conducted by studying several laboratory mice in whose bodies there was a shortage of a molecule called gamma interferon (IFN-y). This element has a very important role in the immune response to pathogens, so you could say that it fights diseases.

But its relevance doesn’t stop there, judging by what was observed in the mice. These rodents s and showed significantly less sociability than the rest , and their behavior resembled what happens in cases of autism.

In addition, when these animals were placed under observation using the technique of functional magnetic resonance, it was seen that some areas of the prefrontal lobe were much more activated than is normal in individuals of their species. This was illuminating, because it is known that the prefrontal lobe has an important role in regulating social behavior, and also in placating the orders that arrive at the cortex from the limbic system, which is the part of the brain responsible for the appearance of emotions.

The immune system and the molecules to be more social

Once this had been observed, the researchers injected IFN-and into this group of animals and, just after, saw their behavior become that of one more, completely normal, sociable mouse.

In addition, they found that after introducing this type of molecule into the body of the mice, the amount of a neurotransmitter called GABA had increased, which is responsible for inhibiting the activation of many prefrontal lobe neurons, among other things. This caused the level of activity in this area to drop to normal.

The same researchers conducted another type of study, this time from an evolutionary perspective, to see if the role of gamma interferon was as relevant as it appeared. To do this, they analyzed the genomes of several animal species. They found that those animals that had been sharing space with other members of their species were more likely to make the gene responsible for making IFN more expressed, while the opposite was true for those that had been more isolated.

In other words, these different animal species were genetically programmed to produce more IFN-and to be in social situations, even if they were not infected.

The implications of the study

The discovery made in this study is very relevant for two reasons.

The first of these is that the most intuitive and apparently logical thing would be to think that it was social behavior that, by making the contagion of diseases higher, had effects on the immune system of our ancestors, and not the other way around. This research breaks with this idea by situating the immune system as a possible trigger for the onset of the sociable personality .

In addition, according to Jonathan Kipnis, one of the study co-authors, the brain and immune system were each believed to function on their own, and when immune activity was seen in the brain it was interpreted as a sign of disease. Therefore, knowing that certain immunological components can have such significant effects on the brain opens the door to future lines of research that will allow us to know more and better about human and animal behavior.