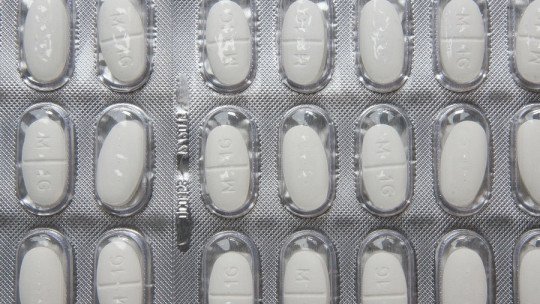 Irritable bowel syndrome and colitis are two gastrointestinal problems that can be very upsetting. Sometimes, their severity can be such that there is significant impact on the lives of people who suffer from them.

Among the most serious symptoms of these diseases are anemia and dehydration, which can cause lasting health effects.

Fortunately, drugs have been developed to treat these problems, and one of them is the one that gives its name to this article: pinaverium bromide . Let’s see what this drug is, what are its uses, adverse effects and precautions to be taken into account.

What is Pinaverian Bromide and what is it used for?

Pinaverian bromide is a spasmolytic drug used to treat problems in the digestive system and has multiple trade names: Dicetel, Verupinol, Zerpyco, Eldicet, Briomon and Blocafer. It can be found in pharmacies in the form of 50 mg and 100 mg tables.

It is used for the symptomatic treatment of pain, intestinal transit disorders and problems such as irritable bowel syndrome and spasmodic colitis. It is also used as a treatment for bile duct problems such as biliary dyskinesis. Another use is in the preparation of barium enema.

Its use for colitis is particularly noteworthy. In this medical condition the colon, the large intestine and the rectum become inflamed, causing various digestive problems such as diarrhea and constipation. In addition, there may be lesions inside the colon that cause blood to accompany the stool. Colitis involves other symptoms such as cramping and abdominal pain, fever, excessive gas, weight loss, dehydration, anemia, swollen and painful joints, mouth sores, nausea, skin ulcers, lack of appetite, and general tiredness.

The appearance of colitis is due to different factors, but in most cases there is a certain genetic component combined with having suffered from stressful situations in recent weeks. In addition, not maintaining proper eating habits and being exposed to environmental pollution contribute to the occurrence of this disease.

To prevent this digestive disorder from occurring, it is recommended that you eat foods rich in fiber and chew them thoroughly, reduce alcohol intake and avoid smoking, and exercise frequently.

How does this medicine work?

Pinaverian bromide is a drug whose action influences the spasmodic movements of the intestines. This drug is distributed through the digestive mucosa reaching the smooth muscle, reducing the duration and intensity of colon movements during colic. This drug allows treating colitis and the symptoms of irritable colon by this action.

Thanks to this, allows to calm down symptoms such as diarrhea, abdominal pain, gas and constipation . It also decreases the duration of intestinal transit and helps to pass stools in episodes of constipation.

The use of pinaverium bromide allows the gastrointestinal tract, specifically the colon, to be relaxed, allowing an improvement in the quality of life of patients suffering from digestive disorders.

Treatment should always be indicated by a doctor, and consists of taking three 50 mg tablets of pinaverium bromide with a glass of water and always accompanied by food. The maximum recommended daily dose is 300 mg and the period in which the drug should be taken varies according to the pathology for which it has been prescribed.

This drug should be taken during the day, because if it is taken at night or before lying down there may be problems touching the walls of the esophagus and stomach, which can be irritating.

Adverse reactions to this drug can be varied and do not necessarily occur in all people or in the same way. The total number of cases in which this type of reaction has occurred is less than 1%, and in many cases they are due to overdose and are referred to when the guidelines indicated for taking the drug are followed.

These side effects include stomach pain, constipation, diarrhea, dry mouth, headache, sweating in the neck and face, abdominal pains , breathing difficulties and allergic reactions to the compound.

In these cases, pinaverium bromide treatment should be discontinued and the other options for treating the problem for which the drug was prescribed should be discussed. In situations such as these , you should contact your healthcare professional as soon as possible who has prescribed this medicine.

It is recommended that you follow your doctor’s guidelines, as pinaverium bromide has irritant capabilities on the esophagus . It is very important not to chew, suck or crush the tablets. You should leave carefully if there has been a problem with your esophagus before.

The main precautions for pinaverium bromide are as follows.

Not recommended for pregnancy or nursing . If you are pregnant or think you may be pregnant, you should consult a doctor to assess the situation and the suitability of withdrawing the drug.

There is not enough clinical research in children and adolescents to consider whether or not it is appropriate to administer this drug to these age groups. Its safety and efficacy in paediatric use could not be verified.

At the moment, it is administered when it is considered that there is no other better or safer option, and always under medical indication .

Caution is recommended if this type of medication is being consumed, because they also influence intestinal spasms and the biliary tract .

The combined consumption of pinaverium bromide with anticholinergics may result in an enhanced effect on the digestive tract.

The professional should be consulted, although in the case of liver problems it is not recommended because pinaverian bromide intervenes on the bile ducts.

The presentation of pinaverium bromide can be accompanied by other substances to give consistency and facilitate the digestion of the tablet.

People with lactose intolerance should make sure that the pinaverium bromide preparation they consume does not have lactose among the ingredients of the tablet.

In case of a sore throat, it is recommended to take the tablets with plenty of water to facilitate their passage through the esophagus and to avoid further damage to the throat. It is also recommended to do it with food to avoid direct contact with the neck.