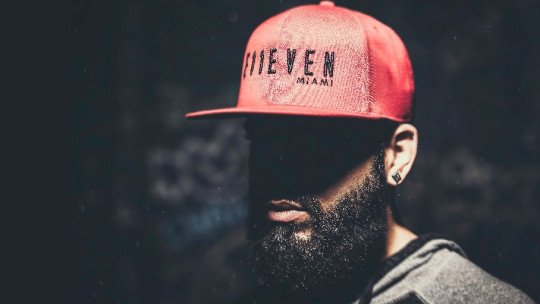 One of the most prominent trends in recent times is the beard, which has caused many men to grow it because of the aesthetic component. Some studies suggest that men with beards are seen as more attractive, and for some women it may even be a fetish. The excessive attraction to beards is called pogonophilia.

However, not everyone thinks beards are stylish, and some individuals may even develop a disorder called “pogonophobia” , the irrational fear of beards. In this article we will review some characteristics of this pathology and will talk about its causes, symptoms and consequences.

What is fear of beards

The beard has been the symbol that characterizes masculinity. Over the centuries, it has represented many male virtues, including wisdom, strength, high social status, even sexual prowess, especially in warrior cultures. However, it also represents a phobic object.

There are many types of phobia, but few attract attention in the same way as the phobia towards facial hair, which refers to the irrational fear that some people feel towards beards . especially towards the longest and most populated ones. This phobia was discovered in 1851, and the etymological origin of the word is found in Ancient Greece, since “pogon” means beard and “phobos” means fear. Phobias are anxiety disorders that cause anxious symptoms in the presence of bearded men.

The reasons why a person may not like beards are very varied . For example, some people associate beards with men who take little care of themselves and who may also be dirty. Other subjects link facial hair to religious fanaticism. In other cases, the beard may cause distrust or may be seen as old-fashioned or outdated.

However, pogonophobia is a phobic disorder, and therefore a serious pathology, which usually has its origin in classical conditioning. In other words, it is an associative learning, which usually happens after a traumatic experience.

The first experiments on phobias in humans were conducted in the 1920s, when American psychologist John B. Watson and his assistant Rosalie Rayner, caused babies to become afraid of white rats that they previously enjoyed.

Other causes of this phobia

However, the traumatic experiences that an individual suffers are not the only reason for the origin of this phobia; observation can bring about its development. This is known as vicarious conditioning, when an individual observes the reactions of another person to a stimulus that is relevant to both the subject and the observer. If you want to go deeper into this topic, you can read our article: “Vocational conditioning: how does this type of learning work” to know more.

In addition to the learned origin of phobias, some authors claim that these have a biological origin, and that human beings are more likely to develop these pathologies because fear is an emotion that develops by primitive and non-cognitive associations, i.e. in the primitive brain and not in the neocortex, so it does not respond to logical arguments. This would explain why phobics have serious difficulties in overcoming this pathology despite knowing they suffer from this disorder .

This phobia affects the quality of life of those who suffer from it. While some pogonophobes fear only whiskers, others suffer from the beard phobia. Subjects with this phobia experience symptoms that can be cognitive, behavioral, and physical.

Among the cognitive symptoms are fear, anguish, confusion and lack of concentration . Subjects with pogonophobia usually avoid the feared stimulus, which would refer to a behavioural symptom. Some of the physical symptoms are: hyperventilation, rapid pulse, sweating and trembling, nausea and vomiting, and dry mouth.

As with other phobias, pogonophobia can be treated. Psychotherapy has proven to be very effective, according to much research.

There are different treatments depending on the orientation of the therapist . One of the most effective is cognitive-behavioral intervention, which usually includes relaxation techniques and exposure techniques.

The aim of the latter technique is to gradually expose the person to the feared stimulus, in this case the beard, until it no longer causes fear or anxiety . Doing this gradually means starting the treatment with exposure to the stimuli that cause the least discomfort, for example, seeing a picture of a person with little facial hair. The goal is to reach the most feared, for example, touching a person’s bushy beard.

In this way, the person is able to verify for himself that he is not in danger when facing these situations, and thus little by little the fear disappears and it is learned that the beard is not synonymous with danger

This technique is similar to the previous one, but the patient also learns coping strategies, for example, the breathing and relaxation techniques that cause a decrease in the activation level. The treatment is carried out until the degree of anxiety and discomfort has completely decreased.