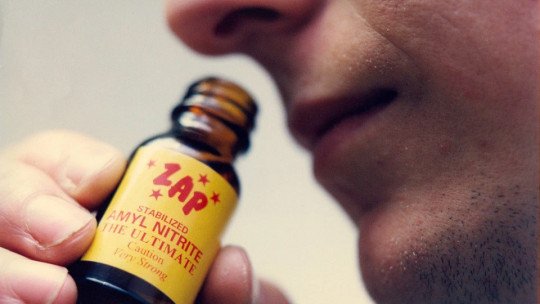 Drug use is somewhat habitual, and is not exclusive to the youngest. Nor is this habit something recent, since since ancestral times human beings already consumed all types of psychoactive substances. For example, it is known that the Mayans used mushrooms, peyote and ayahuasca centuries ago.

The effects of drugs can be pleasant and make us live hallucinogenic and, in some cases, hallucinogenic experiences; however, normally these substances are either harmful to health or have great risks and can cause negative consequences in the life of the user. In this article we will focus on a substance known as popper .

What is the popper?

Depressant drugs make the user feel relaxed and calm and often slow the heart rate and breathing. They include alcohol (in high doses), tranquilizers, heroin or cannabis. Hallucinogens distort the reality of the subject who uses these substances in different ways: his or her sense of movement or time may be altered, or he or she may suffer sensory distortions and hallucinations (e.g., visual or auditory). They include LSD or mushrooms.

The term popper is in common usage, and is used to refer to a wide range of psychoactive drugs including, among some active ingredients, alkyl nitrites or amyl nitrite. They are consumed by inhalation and are for recreational use. This drug is also known as liquid gold, bananas, snappers, rush and other trade names such as Stud or Locker Room.

Characteristics of this substance

The term “popper” began to be used after the popularity of some of these chemicals when they were used as drugs. For example, amyl nitrite has been used in medicine for its vasodilator and stimulant effect in the treatment of angina pectoris.

What are the effects of the popper?

Although this drug is rarely used to treat heart problems today, poppers are still consumed. As a medical use, amyl nitrite is still used to treat cyanide poisoning .

As a recreational substance, the popper produces stimulation and vasodilation very quickly when inhaled, as well as a feeling of euphoria and sexual desire. At the same time it provokes a relaxation of the sphincters, and that is why it is known as a sexual drug or “gay drug”.

In short, its effects are:

The pleasurable effects of the drug occur soon after taking it and have a short duration of only 2 or 3 minutes. However, the side effects can be long-lasting , and may include: nausea, dizziness, headaches, eye redness, congestion in the face and neck, loss of appetite, nosebleeds, tachycardia, hypotension and breathing difficulties.

Popper can also be used as a complement to other designer drugs, such as LSD and ecstasy, which can cause more intense sensations and effects, but also serious risks of intoxication .

A popular drug among the gay community

Thus, poppers are widely used as recreational drugs, especially in the gay scene , and are usually inhaled directly from small bottles. It is a cheap and easily available drug, often sold as air fresheners or as sexual enhancers.

Recent research examined the use of this drug among homosexuals. It appears that while the use of other substances such as crystal meth, ecstasy and ketamine have decreased recently, the use of poppers and cocaine has remained stable.

This psychoactive substance became part of the gay scene in the most successful times of disco music, i.e. the 70’s, and was very popular during the 80’s and 90’s. However, it is also used by heterosexuals because of its effects. Studies show that in the United Kingdom 14.9% of university students and 12.8% of medical students have used this drug recreationally. Furthermore, in this country there seems to be a great concern for the recent increase in the use of inhaled drugs among adolescents, including popper.