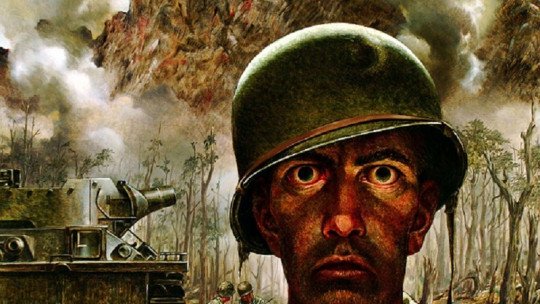 Also, to publicize how psychology professionals help refugees in countries that do not provide guarantees for effective psychological treatment.

Post-Traumatic Stress Disorder (often called PTSD for short) is a disorder that is classified among anxiety disorders. It is caused by exposure to some situation of extreme anxiety , such as rape, kidnapping, war, accidents, etc.

Post-traumatic stress is not subject to any a priori defined experience, there is a great variety of events that can change life depending on each case.

According to Azcárate Mengual ( 2007) there are 3 types of PTSD:

In some cases, PTSD is a clear reminder of traumatic experiences accompanied by high levels of anxiety (which include fear, distress, nervousness, etc.). All this generates an extreme emotional exhaustion in the person, which is also usually accompanied by irrational ideas and thoughts .

For a correct assessment of post-traumatic stress one must first have a full understanding of the factors involved in the genesis and development of the problem. Points to consider and take into account are:

A complete medical history of the patient, the professional follow-up and the appropriate family accompaniment will be very useful in the rehabilitation of the patient.

Each person is a different bio-psycho-social entity, and therefore the treatment in these types of disorders will be very varied, since it is necessary to analyze the emotional and psychological impact of the subject who has lived through such an event and see how it develops after this in order to propose what type of treatment is effective and can help in the emotional and psychological regulation of the person.

Cognitive-behavioral psychotherapies have been and are the most used in almost all anxiety disorders, since post-traumatic stress is a subtype of them. This technique is one of the most effective and has the best results.

However, there are specific techniques that are also effective, such as the already known Eye Movement Desensitization and Reprocessing (or EMDR , by Eye Movement Desensitization and Reprocessing ). EMDR is based on the assumption that anxiety is due to the fact that the search for the traumatic event remains or has remained unprocessed, which results in the blocking of cognitions, behaviours and feelings about the event experienced long ago.

In cognitive psychotherapies, Rational Emotive Behavioural Therapy or TREC is one of the most widely used techniques. ECT advocates a deep philosophical change in the patient, [explain briefly what each new technique consists of] and has also been characterized by the fact that it is based on in-depth research on anxiety disorders and the effectiveness of its techniques on these problems.

The drug therapies , as always, are very useful. They should be prescribed by a medical psychiatrist who will indicate the medication, dosage, and length of time the person will stay on the medication.

Even though many of us do not live in a hostile environment, at any time we may experience a situation that may trigger a psychological emotional disturbance, and that will require a mental health professional. However, today in some countries of the world a large part of the population suffers from post-traumatic stress caused by the warlike conflicts that have been dragging on for years.

These include Ukraine and Syria, the latter of which has been hard hit by the war and all that has been unleashed over time. Since peace is still far from being achieved, many professionals, both medical and mental health, are still working today to help a population in panic and with a high rate of PTSD, about 60% of the Syrian population suffers from post-traumatic stress and the figures could rise to 85% if the conflict were to continue.

There is a group of mental health professionals in charge of helping the most vulnerable part of the population , such as children. The known techniques used by these professionals are projective. At the same time, it is important to highlight how the drawings of the Syrian children express the reality and cruelty in which they live immersed. Their fears, anguish and dreads are also reflected, and are in themselves an illustration of the ways in which PTSD can be crystallized through forms of creative expression . These works are complemented by some alternative techniques to the psychological ones, such as dance, singing, etc. These are part of a therapeutic program that could help hundreds of children to improve their emotional well-being.