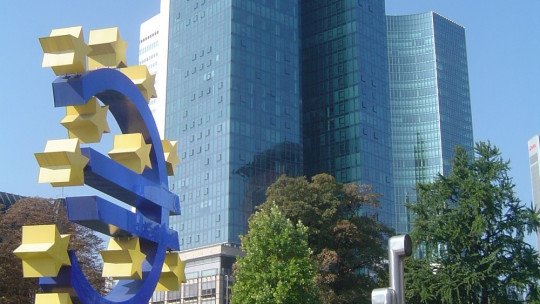 Among many other things, the social sciences have offered us different ways to name and study the history of Western societies. Today, we have different concepts that refer to the transformations in the relations of production, in economic changes, in technological production, etc.

From the Industrial Revolution to the Postindustrial Society

The type of society that had been generated before the Industrial Revolution is known as the Pre-Industrial Society. Among other things, such a society was organized by primary (face-to-face) relationships, rural lifestyles, agricultural production, an economic system of feudal and slave-like government, among other things.

Since the Industrial Revolution, the organization of work was transformed towards the primacy of mass production , where each person is part of a large manufacturing system. Technological innovation is booming, based on cost-benefit logic. With this, labour relations also become wage and market dependent.

Subsequently, the Postindustrial Society arises, mainly from the technological revolution, the transformation of global geopolitics, economic interdependence on a global scale, the relations between economy, state and society, where the state regulates the markets, generates competition at a global level, and ceases to be a welfare state, and finally, an internal restructuring of capitalism (Castell, 1997 in Sisto, 2009).

These transformations have been explained through many other concepts. We have, for example, the knowledge society, the information society, the technocratic era, among others. The multiplicity of terms responds to the need to understand the different ways in which our societies have developed.

For example, if we use the term “knowledge society” it is probably because we pay special attention to the ways in which the latter is produced, and if we speak of Postindustrial Society we will probably put more emphasis on the relations of production that are established .

5 characteristics of the Postindustrial Society

The concept of Postindustrial Society emerged in the 70’s and has been worked on by different people. Daniel Bell is recognized as one of the first to use and develop the term, especially from his book The Coming of the Post-Industrial Society of 1973.

Among other things, Bell described 5 dimensions that are characteristic of the Postindustrial Society and that establish important differences with industrial societies: the labour force sector, the preference of the occupational sector, the preeminence of theoretical knowledge and the production of both mechanical and intellectual technology.

1. Where is the workforce?

2. Who is the employment sector for?

The consequence of this is explained by Bell as another of the characteristics that distinguish post-industrial societies: the labour sector is practically reserved for people with technical and vocational training (specialised).

In other words, the occupational distribution maintains a preference for professional and technical classes.

3. The primacy of theoretical knowledge

In order to train technicians and professionals, the construction and transmission of theoretical knowledge is fundamental. The post-industrial society has the characteristic of giving primacy to the production of this type of knowledge, not only to impact the occupational sector, but also with regard to the political management of societies .

Bell (1976) calls this an “axial principle”, referring to the centrality of theoretical knowledge as a source of political innovation.

The main resource for providing solutions to the problems facing post-industrial society is the development of technology. Not only developing technology but also controlling its distribution and regulation.

In other words, the post-industrial society maintains the expectations of development and its orientation towards the future in the production of technological projects.

Related to the previous point and to the primacy of theoretical knowledge, the post-industrial society constantly generates solutions based on ordered and finite sets of operations, that is, on the production of algorithms, over the most intuitive resolutions, which in other societies had had more presence.

This creation of intellectual technology is also a new way of making decisions at the political level.