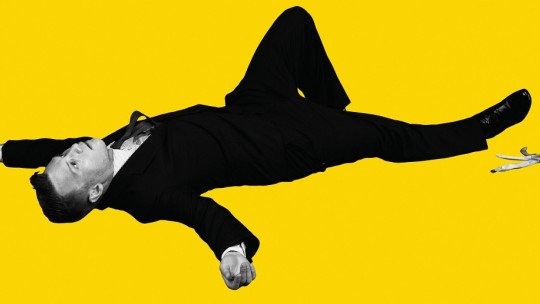 When we make a major mistake, the perception of us by people who have witnessed it changes. However, it is not that we become less attractive on a personal level if we screw up, but that the mechanism by which our degree of pleasantness and respectability changes is somewhat less intuitive than this.

In this article we will describe the variables involved in the Pratfall effect, the phenomenon by which attractive people who make mistakes tend to like others more than before, while with unattractive people are even less attractive when they make a serious mistake . Let’s see exactly what this psychological effect consists of.

What is the Pratfall effect?

The American psychologist Elliot Aronson, known for his research on the theory of cognitive dissonance, described in 1966 the Pratfall effect, a psychological phenomenon consisting of an increase or decrease in an individual’s interpersonal attractiveness after he or she makes a mistake .

The direction of the effect depends on the degree of competence that others previously attributed to the wrongdoer. Thus, those who were perceived as very competent in general will tend to like other people more after making a mistake, while if the level of competence is medium the attractiveness will be reduced.

In the context of the Pratfall effect the concept of “attractiveness” is understood as a combination of pleasantness and respectability . Thus, a person can be attractive to others by being unusually cordial, but also by occupying a position with a high level of prestige or by being very intelligent.

The word “pratfall” is an English term that can be freely translated as “error” although, in fact, the meaning is closer to the colloquial expression “falling on one’s ass”: it refers to a failure of a certain gravity that tends to be embarrassing for the person who commits it.

The Pratfall effect is influenced by very different variables, among which the level of self-esteem of the observer, his or her gender and the seriousness of the fault committed stand out. Later on we will explain how each of these factors contributes to the increase or reduction of interpersonal attractiveness.

Aronson himself conducted the experiment from which his hypothesis of the Pratfall effect emerged. In the study, the experimental subjects, all male university students, listened to one of two recorded interviews in which the same actor played two different characters.

One of these men was a very intelligent man, had led a remarkable life on a personal and professional level and answered most of the interviewer’s questions correctly. The other character got most of the answers wrong, was particularly unintelligent, and had not accomplished much in his life.

At the end of the interviews the two men made humiliating mistakes (“pratfalls”). These had opposite effects depending on the character: while the experimental subjects valued the intelligent man more positively after the mistake, their opinion of the second one got even worse.

Subsequently, research similar to that of Aronson has been carried out. Although the results have been generally replicated, it has also been possible to clearly identify some important nuances involved in this phenomenon.

Aronson’s research and others that followed the same line have found some striking peculiarities with respect to the Pratfall effect. These have to do mainly with variables of a psychosocial nature. It should also be taken into account that this phenomenon is part of the field of social psychology.

One of the most characteristic aspects of the Pratfall effect is that it is not clear that it takes place in women to the same degree as in men . These findings are associated with some relatively old research, so the influence of gender role may be less today in many places.

These studies suggested that the personal attractiveness of someone who makes a serious mistake would tend to diminish for women regardless of whether or not they perceive her as an intelligent and/or pleasant person.

The magnitude of the failure is also very important . Attractive people who make minor mistakes become slightly less attractive, while if the fault is serious they will be more liked by others but will also lose a very small part of their respectability. On the other hand, those who are not attractive will be even less so after making a mistake, no matter how serious it is.

Another relevant variable is the self-esteem of the person who observes the error: if it is high, he or she will prefer a competent person who does not make any mistakes to one who does. In this sense, the social comparison effect is very significant; according to some hypotheses, the Pratfall effect is due to the capacity to empathise with the person who makes the mistake .