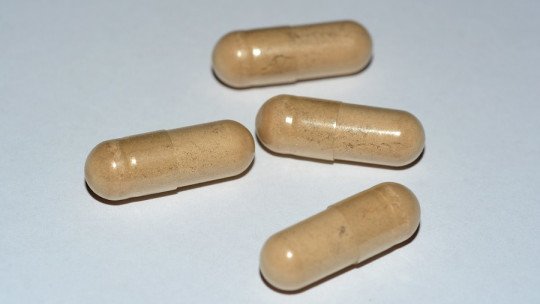 High blood pressure is a disease with a high incidence in the population. Both prevention and treatment are essential, since it is one of the most important risk factors for the development of cardiovascular diseases. In order to alleviate its symptoms, drugs such as prazosin can be used. Prazosin is a medicine that works by relaxing the blood vessels so that the blood flows better.

In this article we explain what prazosin is and what it is for, what its mechanism of action is, what other types of disorders it is usually used for, and what its main side effects are.

Prazosin is a medicine used mainly to treat high blood pressure or hypertension . It belongs to the group of antiadrenergic drugs, also called alpha-blockers or sympathicolics, which are characterized by blocking the body’s sympathetic activity and facilitating the circulation of oxygen and blood in the body, thus reducing the risk of serious health problems, such as heart attack or stroke.

This drug, marketed for clinical purposes in the United States in 1976, is classified in the group of quinazolines , and its chemical profile is very similar to that of other compounds such as doxazosin or terazosin, both alpha-blocking drugs used in high blood pressure and in the improvement of various urinary symptoms.

In addition to treating hypertension, prazosin is also used to treat benign prostatic hyperplasia (non-cancerous enlargement of the prostate), congestive heart failure, pheochromocytoma (a tumor of the adrenal glands), sleep difficulties associated with post-traumatic stress, or to treat Raynaud’s disease (a rare disorder that causes narrowing of the blood vessels and affects the feet and hands).

Clinical studies with prazosin conclude that it is not a first-line option for hypertension or prostatic hyperplasia, but that it is an option in patients who present both disorders concomitantly. Furthermore, there is evidence that this drug is effective in the treatment of nightmares , especially those related to post-traumatic stress disorder.

As mentioned above, prazosin belongs to the group of antiadrenergic or alpha-blocker drugs. This means that acts as an antagonist of the alpha-adrenergic receptors , which are activated by two main catecholamines: adrenaline and noradrenaline.

Prazosin inhibits post-synaptic adrenoceptors α1. This inhibition blocks the vasoconstricting (narrowing) effect of catecholamines (adrenaline and noradrenaline) on the vessels, leading to dilation of the peripheral blood vessels. Through the constriction of blood vessels by activation of the adrenergic receptor, the two catecholamines act to increase blood pressure.

Prazosin also has an antagonistic effect on the adrenoreceptor α1b, causing dilatation of the veins and arteries , together with a decrease in peripheral vascular resistance, as well as venous return and cardiac filling.

On the other hand, prazosin does not alter the heart rate in people with hypertension. In addition, this drug significantly decreases systemic and pulmonary venous pressure as well as right atrial pressure in patients with congestive heart failure, although the cardiac output has been found to increase.

Currently, the pharmacological treatment indicated for the treatment of post-traumatic stress disorder (PTSD) is based on the administration of the antidepressants sertraline and paroxetine. These are effective in controlling symptoms, but generally do not improve the sleep problems that can accompany PTSD.

Research suggests that prazosin may improve sleep in patients suffering from nightmare related insomnia and PTSD caused by over-activation. As this effect probably occurs through inhibition of adrenergic stimulation found in states of overactivation, prazosin may be useful in this regard, helping to improve general symptoms such as regression, startle response and irritability or anger.

Most clinical studies conducted with prazosin have focused on male combat veterans and the results conclude that this drug helps patients sleep more and have fewer nightmares and awakenings. It would also help decrease the severity of other symptoms of PTSD , such as re-experiencing a traumatic event, avoiding certain experiences, or feeling over-excited by those symptoms .

Although there have been a number of studies supporting the efficacy of prazosin in treating sleep difficulties in cases of PTSD, this should not prevent further research into this drug, especially to determine its clinical usefulness in other populations (especially women and non-combat veterans with PTSD) and the optimal doses or frequency with which prazosin should be given.

Prazosin use can cause a number of side effects, which are usually relieved by lowering the dose or by spontaneously taking the drug themselves. The most common include somatic symptoms, gastrointestinal disturbances or fatigue .

Drug-induced syncope may also occur, which may be preceded by a tachycardia and is often unpredictable. This type of syncope can be alleviated by reducing the dose or by administering the drug together with food.

However, it should be noted that the most common adverse reactions are usually the following: