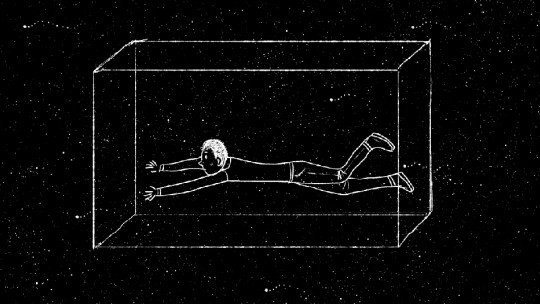 It’s three o’clock at night. You wake up abruptly, practically jumping into bed, with the feeling of falling off an eight-storey building . You notice how your guts are still reacting with a certain panic.

Your partner wakes you up at three in the morning, slightly surprised and upset. He tells you that while you were sleeping you kicked him several times. These two small fragments reflect the existence of a phenomenon that occurs very frequently in most of the population: the performance of small, sudden and involuntary movements during sleep.

Myoclonic spasms refer to a series of sudden and brief, totally involuntary, muscular contractions that cause the body or a part of it to move. They are usually caused by sudden muscle contractions or by muscle relaxation .

While these types of spasms can be found in some disorders such as epilepsy, there are also so-called benign myoclonias. These are generally not considered pathological, being considered normal in people without associated pathology. In fact, a phenomenon as common as hiccups would be a valid example of benign myaclonic spasm .

These spasms can occur both in the waking state and during sleep, and this article focuses on the latter.

Although the general definition of myoclonus reflects the type of phenomenon being discussed, those that occur during sleep have a peculiarity: as with hypnagogic and hypnopompic hallucinations, they occur in an altered state of consciousness: sleep or the transition between sleep and wakefulness. Myaclonic spasms would be in this case a type of parasomnia , phenomena or episodic disorders that occur during sleep and are characterized by the presence of vegetative or motor symptoms.

This is a generally non-pathological phenomenon with high prevalence in the population. It is estimated that around 70% of the population has at some time presented a myaclonic spasm during sleep. However, if the symptoms occur repeatedly and constantly it would be advisable to consult a doctor, since if they occur persistently it could indicate the presence of some disorder.

It should be noted that it is possible to confuse this type of non-dangerous disorder with an epileptic seizure. In this aspect, one of the few ways to differentiate them is by means of an electroencephalogram. Myoclonic spasms are not the same type of alterations seen in cases of epilepsy.

The reason for these spasms during sleep has a neuroscientific explanation.

The appearance of nocturnal myoclonias is due to the presence of a lack of coordination, maintaining the activity of two specific brain areas at the same time . Specifically, the reticular formation or reticular activation system (SAR) and the preoptic ventrolateral nucleus.

This system located in the brain stem is the main one in charge of keeping us alive, since it is the brain system that directs unconscious processes such as breathing, digestion or heart rate. Apart from these physiological processes, it also participates in the maintenance of alertness and the focusing of attention, maintaining the state of vigilance.

The ventrolateral preoptic nucleus can be found in the anterior hypothalamus, near and in contact with the occipital lobe. This nucleus is responsible for “turning off consciousness” by inducing sleep, as well as protecting the body during sleep by causing body paralysis that prevents us from moving and being damaged during deep sleep.

In order to understand the appearance of spasms, it is necessary to take into account that although during sleep it reduces its functioning, SAR does not cease to function (since this would cause the death of the affected person).

Thus, this system still presents a certain activation that can sometimes enter into contradiction with the functioning during sleep of the ventrolateral preoptic nucleus that causes us to sleep.

This contradiction, the cause of which is not yet known, can even partially cause the motor reactions typical of wakefulness during sleep . In other words, it is the origin of myoclonic spasms during sleep.

Myoclonic spasms during sleep are not uniform and homogeneous, but there are three basic types .

A second type of myoclonic presentation spasm during sleep is nocturnal jerking or myoclonus jerking. The clearest example of this type of spasm is the typical movement that is made upon waking from a dream in which we have the sensation of falling . They usually occur in superficial sleep, that is, in the first two phases of sleep, causing the sufferer to wake up with a certain amount of abruptness. They tend to be massive shakes of the whole body, especially the lower extremities.

Finally, some spasms can be found at the moment of transition between wakefulness and sleep. This type of myoclonus, catalogued as unspecific, acts on the muscles of the face and extremities.