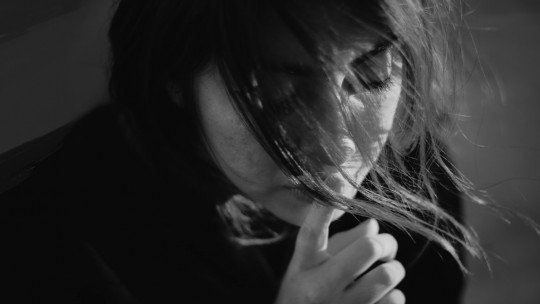 Gender-based violence is a social scourge of which there has been a growing awareness in recent years.

Through campaigns, visibility and demonstrations, the population has been taking a position increasingly against any type of aggression, both physical and psychological, towards women.

However, there is still a lot to do . For this reason, in this article we explain in depth how to prevent this type of violence, education programs focused on children and adolescents to make them aware and prevent them from exercising violence or becoming victims of adults.

Gender-based violence in our society

Violence against women does not begin in marriage or in courtship. It is something much deeper, inherited from parents to children. There are many cases of abusers who saw and lived situations of aggression towards women in their early childhood. It is for this reason that it is of real importance to work to break this hereditary chain.

Although in recent years there has been greater awareness of the issue, involving both men and women, the truth is that there is still a long way to go. The proof of this comes at the end of the year, when we take stock of the number of women murdered by their partners, rapists and muggers who abused them physically, psychologically and sexually.

Fortunately, thanks to the sensitivity and the social movement, governments have been having programmes and policies to put an end to this scourge , promoting education for equality in primary and secondary schools, as well as fighting against sexist myths and associated stereotypes.

The testimonies of women survivors have made it possible to study this phenomenon in greater depth, learning what strategies should be promoted to guarantee greater survival in the face of this type of violence, in addition to offering methods for reporting when a case of this type is experienced or seen.

The following are values that should be promoted to fight against gender violence , either by directly attacking that which is the basis for it, gender inequality understood in a broad sense, in addition to promoting a greater degree of understanding of the phenomenon and involvement in the fight for equality.

Especially to girls and adolescents . The idea that they are capable of anything they set out to do should be promoted and they, by the simple fact of their existence, are already valuable. They do not need a partner to feel something.

This idea aims to avoid toxic relationships which, if they evolve, can degenerate into episodes of both physical and psychological violence.

Learning that you are valuable enough to stop the relationship at the first signs of undervaluation and humiliation by the partner is one of the best prevention techniques.

2. Men and women should be equally involved in parenting

Although the idea that the man goes to work and the woman stays home to look after the children and do the housework is quite outdated, the truth is that there is still no equal sharing of work in the home.

Both parents, in straight couples, are responsible for raising the children. They both act as developmental role models for the children.

The father cannot ignore his children, and it must be clear that he is as responsible for what his children do as the mother is. Educating is an exercise in equality .

3. Roles are not linked to gender

Closely related to the previous value, it should be promoted to identify those roles that were traditionally associated to one or another gender and to become aware of how this fact has been changing.

Both men and women can hold any job and also be of any form without falling into typical insults such as “faggot” or “tomboy”.

4. Gender-based violence is not (only) a matter of marriage

Many teenage girls who have boyfriends are unknowingly experiencing gender-based violence, however subtle. This type of violence can occur both in a physical and explicit way as well as in a more psychological and less clear-cut way.

Pejorative comments and verbal humiliation are aggressions. That is why programs for the prevention of male violence must help people understand when they are being psychologically abused.

5. Love and violence are incompatible

No matter how painful it may be for the victim, he must be aware that if he is attacked by his partner, he does not love her .

Love is a fact, not an assumption. When two people love each other, they pamper each other, caress each other, say nice words to each other. In other words, they treat each other pleasantly.

Violence is not something pleasant and therefore is not a symptom of love in any way.

6. There should be mutual respect and care in the couple

Two people who love each other may argue and sometimes have disagreements, but this will eventually be resolved.

Love implies that both partners respect each other and show that they care about each other.

Discussions are a normal and healthy part of any healthy relationship. What is not normal is aggression of any kind.

7. Neither sick nor out of control

The abuser does not do it because he has a mental disorder or because he could not control himself.

If he did it is because he felt he had the capacity and the right to do it , and to subdue his partner through violence. In addition, it is common for the aggressor to humiliate his victim after the violent episode has occurred.

8. The victim will always be innocent

There may have been an unpleasant situation in which both the assailant and the person who was assaulted shared some bad words, but the person who receives the assault will always remain the victim.

It is common for the victim to feel guilty, and that is why the myth that he or she asked for it must be fought.

To this day, it is widely believed that if the woman was beaten, it was because she did something wrong. It may be the case that something happened, but the beating can never be justified and whoever caused it is clearly the guilty party .

Below we explain two cases of successful campaigns that have been carried out in two Latin American countries: Mexico and El Salvador.

Carried out in Mexico and focused on adolescents and teachers , this campaign involved the application of workshops that reflected on traditional roles and gender stereotypes. Reproductive and sexual rights were also addressed.

This campaign had a positive effect on those who participated, achieving a significant reduction in aggressive behaviour and pejorative beliefs towards women among young men.

Thanks to the campaign, it has been possible to fight against sexism in Mexico, one of the countries most affected by male violence in Latin America, in addition to demonstrating the need for and effectiveness of early intervention in such a critical period as adolescence.

El Salvador is another of the countries affected by this social scourge . In addition to the episodes of violence against women, there are the numerous cases of teenage pregnancy caused by sexual violence.

This program focuses on assertiveness, encouraging women to speak out about this type of violence and whether they have suffered any episodes, to serve as a testimony that it is possible to move forward.