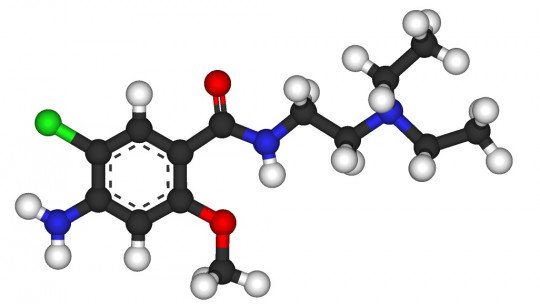 Metoclopramide, better known as Primperan , is a medication widely used to treat all types of nausea and vomiting since the 1980s. For a long period of time it was considered one of the safest drugs on the market.

However, Primperan is indicated for specific uses and should not be used without a doctor’s prescription, as many people do; in this article we explain why.

The main effect of metoclopramide is antiemetic : it acts as an antagonist of dopaminergic D2 receptors and serotoninergic 5-HT3 receptors, decreasing the probability that the user will vomit.

In addition, Primperan relaxes the digestive tract , increases the tone of the lower esophageal sphincter and expands gastric contractions. This is why it is classified within the group of prokinetic drugs, which facilitate intestinal transit.

Metoclopramide is administered orally. Its effects last approximately 6 hours, and its maximum potency occurs between half an hour and two hours after taking it.

What’s the use of Primperan?

Metoclopramide is usually used to treat any type of nausea; however, in recent years scientific studies have specified the main indications for this medicine .

Primperan is often prescribed to prevent the occurrence or reduce the intensity of nausea and vomiting that occurs during chemotherapy and radiation treatments for cancer.

The use of antiemetic drugs also serves to prevent the development of anticipatory nausea and vomiting , which occurs when the body associates therapy with the occurrence of these symptoms. Nausea may also be conditioned by the smell or taste of food consumed after these treatments.

Metoclopramide is indicated in people who experience nausea and vomiting as a result of surgical operations . It is also used to treat the reduced speed of intestinal transit that occurs after some operations, especially of the digestive system.

Nausea and vomiting induced by acute migraine are often treated with Primperan. In addition, it is often combined with analgesic medicines for migraine such as paracetamol because metoclopramide facilitates their absorption, increasing their effectiveness.

If it is used to treat migraines, it is best to take Primperan in small doses as increasing them does not enhance the effects but does increase the likelihood of developing side effects, especially drowsiness and akathisia (physical restlessness).

Primperan can be effective in relieving the symptoms of various gastrointestinal disorders . Of particular note is chronic heartburn or gastro-oesophageal reflux, a condition in which fluid from the stomach rises up into the oesophagus, irritating it and causing symptoms such as coughing and difficulty in swallowing.

It is also used to treat gastroparesis , that is, the decrease in stomach emptying capacity. In particular, it appears to be useful for diabetic gastroparesis. In this condition, the high glucose levels characteristic of diabetes damage the nerves in the stomach and cause it to empty more slowly.

When using Primperan to treat digestive problems, great caution should be exercised due to the possible side effects of continued consumption.

The greatest risk of taking Primperan is the development of dyskinesia , a disorder in which involuntary movements of the facial muscles occur, such as chewing, pursing the lips, furrowing the eyebrows or blinking.

Taking metoclopramide for more than three months is not recommended because the longer it is taken the more likely it is that dyskinesia will occur and be sustained after stopping; this phenomenon is known as ‘tardive dyskinesia’.

There is also a risk of agranulocytosis, a disorder consisting of a severe reduction in the number of white blood cells, and the neuroleptic malignant syndrome , which includes fever, delirium and respiratory, circulatory and digestive disorders.

In addition to the above, serious adverse effects of Primperan include depression, agitation or akathisia, heart rhythm disturbances, muscle stiffness and vision problems. It is recommended that you consult your doctor if these symptoms appear.

Adverse effects are more likely to occur in children. Therefore, the habitual use of Primperan in children is especially discouraged, reducing its applications in these cases to post-operative treatments and chemotherapy. In no case should metoclopramide be administered to children under one year of age.

Primperan may worsen symptoms of Parkinson’s disease because it has an antidopamine effect. Symptoms of this disorder are due to low levels of dopamine. Something similar happens with depression, in that the function of this neurotransmitter is also altered.

Taking Primperan during pregnancy seems quite safe, except in the last trimester when the risk of extrapyramidal syndrome in the baby increases. Metoclopramide is excreted in breast milk, so it should not be taken during breastfeeding.