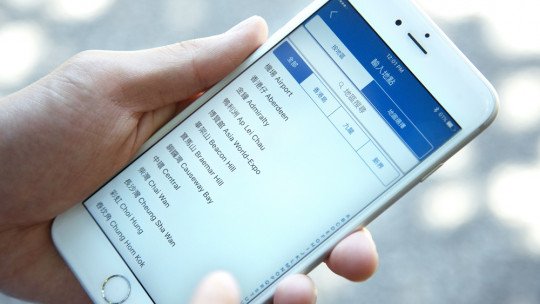 It is estimated that, in 2017, there were more than 2.7 billion people using social networks. This means that, no more and no less, 37% of the world’s population feels some interest in sharing their tastes, hobbies and private life with the rest of humanity.

Although each person is free to publish what they want, the possibility of sharing daily experiences through social networks makes the line between public and private life too narrow, even causing a new mental health condition known as privacy fatigue .

Privacy fatigue is emerging as a new psychological disorder that, although is not yet covered in any evaluation and diagnostic manual , has been observed and is manifesting itself in a large number of people.

A research group composed of psychologists from the National Institute of Science and Technology in Ulsan, South Korea has evaluated the way in which social network users deal with the thin line that divides the private from the public.

After a long time of research and evaluation they noticed that a large number of users were experiencing symptoms similar to those of psychological fatigue caused by excessive and constant concern about the threats and risks posed by the lack of privacy on the networks .

This psychological state was given the name of privacy fatigue, characterized by causing a feeling of psychological fatigue related to the person’s lack of skills to effectively manage their privacy and intimate information on the Internet and social networks.

The main theory of these researchers is that, although it may vary in intensity, privacy fatigue affects most people who are active users of social networks. The reason for this is that some users experience the obligation or need to constantly separate private information from information that is likely to be public or shared with the rest of the world, in order to protect their privacy.

This constant state of alertness can lead to the aforementioned privacy fatigue, which also causes people to drop their guard due to fatigue and generates a feeling of frustration.

Some situations that can exemplify this type of privacy fatigue are those moments in which we are not clear about whether to bring a photo or publication to light on the net or not since, by not knowing how to clearly draw the line between the public and the private , we generate a feeling of unease or concern when we think that we are not exposing too much.

What have the studies found?

Thanks to the research carried out by the group of psychologists in Ulsan, it is hypothesized that there are two types of reactions to the conflict of privacy.

On the one hand, it occurs in those who are concerned about being too exposed but have the necessary skills to cope with it so they do not feel fatigued and tend not to disseminate certain types of personal information on the networks .

On the other hand, there are other types of social network users who, in addition to feeling concerned about putting their privacy at risk, do not possess sufficient tools to differentiate between what information is considered personal or public, and therefore end up losing the will to control this separation.

This psychological fatigue causes affected people to share personal content on social networks without thinking about the nature of this content. The main cause is that privacy fatigue generates such psychological exhaustion that people come to forget the need to protect their private life and the risks involved in excessive public exposure .

As a consequence of this fatigue, a phenomenon known under the term “privacy paradox” occurs. This concept refers to the fact that users of social networks maintain the habit of publishing personal information despite the concern for their privacy .

This paradox is not only about privacy fatigue, but it is based on many other internal psychological factors or agents such as the need for self-affirmation and the need to feel that one is part of a group of people or community.

Traditionally, privacy has been understood as a zone or area of each person’s intimate life, which is carried out in a private and usually confidential space. However, this notion of privacy has changed over the years and with the emergence of social networks.

A few years ago it would have been unthinkable to publish a photograph in which we find ourselves in the intimacy of our home. But with the rise of social networks , private life has become a tool for exposure to the world, through which we can show how we feel or how proud we are of doing any kind of activity.

This makes each person’s individual identity form around a community identity, which reinforces (or sometimes punishes) that identity through the number of likes granted in a publication. As a result, it is increasingly difficult to establish a boundary between the public and the personal or private.

Finally, the research team that has proposed the term privacy fatigue has established a series of symptoms that develop as the fatigue caused by this constant concern progresses.

At first, the symptoms appear in the same way as for other types of fatigue. The person is so overloaded by the demands of his own concern for privacy that ends up triggering continuous psychological exhaustion .

This feeling of permanent psychological exhaustion gradually increases until it turns into frustration, despair or disillusionment . The person experiences a feeling similar to learned helplessness, since he or she feels that nothing will prevent him or her from being exposed through social networks.

Therefore, as with the process of defenselessness, the person no longer struggles to maintain this privacy, which means that they no longer worry about what content published on social networks can be considered public or, on the contrary, too private.

Is there any kind of treatment?

Because it is a psychological disorder yet to be determined, there are no specific treatment or intervention guidelines. However, it is recommended that all those who feel overwhelmed by this constant concern should go to a psychology professional for an assessment and possible individualised intervention .