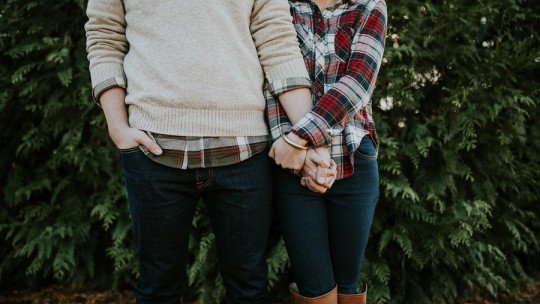 From the time we acquire the first notions of what is happening around us, we begin to hear the term “love”. The love of family, friends, children… promotes the idea of a romantic love of couple with which all the movies end, being happy and eating partridges.

But the reality is not like what the cinema, and especially the most childish one, wants to sell us. That’s why the first relationships that appear at puberty are the first frustrations, when facing reality with that idealized world.

On the other hand, we cannot deny that social networks are part of our present and that they determine, more and more strongly, our relations with others and with the world. Far from approaching the reality of love, social networks show what we want others to perceive about us and they reinforce the idea of reflecting learned models of what love is in a couple and happiness.

But the continuous and indiscriminate exposure of our intimacy and movements generates in some couples a situation of control full of insecurities and distrust , where irrational jealousy appears, problematic love starts to give its first signs.

What is toxic love?

Problematic love, or toxic love, is one in which the need for control and jealousy become the basis of the relationship , where tears add up to more than smiles and one’s own happiness depends on the partner. This type of relationship wears away at the individual’s self-esteem and identity, and encourages an erroneous learning of what a couple’s relationship is, whose bond becomes difficult to break.

Falling in love is an emotional state in which happiness invades us, the desire to share more time with our partner increases, we feel valued and loved, but sometimes these feelings are increasingly limited to share them with feelings of deep sadness, anguish and fear . In the midst of these intense emotions, it is difficult to be aware of the reality of what is happening in order to
to put an end to that dangerous spiral.

When we talk about a pathological emotional dependence, we refer to the strong bond that is established with the couple, so that in its absence negative emotions appear. The fear of the relationship ending, the anguish produced by the separation, obsessive thoughts related to the couple and a continued discomfort when not with the other person.

When this happens, the person feels incomplete without the partner, renounces himself and loses the value of his own identity, desires and needs for the benefit and under the approval of the other. This type of toxic relationship leads to low self-esteem, reflected in irrational fears and insecurities about oneself.

At the moment when your well-being depends on someone else, the fear of ending the relationship is not so much because of the things that unite you and make you happy together, but because without that person, who is the whole, there is only nothingness.

This is an increasingly common problem that leads the person, once he or she is aware of the discomfort caused by their relationship, to go to the psychologist, where they try to promote autonomy, self-esteem and the development of correct social skills and conflict resolution . In addition, with cognitive-behavioral therapy, work is done with the ideas and misconceptions about love and relationships.

Obsessive jealousy is an increasingly common problem in young couples who see these over-controlled emotional responses as signs of love.

Although jealousy in a relationship is a sign of what matters to us and allows, through trust, to establish limits in the relationship that both agree upon and favours a healthy relationship, when these are irrational and obsessive they can lead to the discomfort of the one who suffers them because of the anxiety and fear that they produce , as well as the person who suffers them, leading to the destruction of the couple.

Pathological jealousy is related to insecurities, mistrust, the need for possession and the fear of breaking up, caused by low self-esteem and a misconception of what love is. Jealous people suffer psychological suffering that prevents them from enjoying the relationship beyond looking for reasons to justify those thoughts that generate distrust in their partner.

Social networks have appeared as the weapon that feeds back to the jealous and their needs for control. The photographs, the stories, the thoughts, the ideas, the place where he is at each moment, are some of the information published on social networks, where interpretation and imagination can lead to the confirmation of irrational ideas. Control over time that is online, a “I like” to a
photo, who he follows on the networks, as well as picking up his mobile phone to watch private conversations that limit the other person’s privacy, intimacy and freedom.

This turns the relationship into fear, and the fear leads to lies to avoid arguments and when these lies are discovered ; they involve reinforcing the previously irrational distrust and now with arguments.

This vicious circle becomes self-destructive, where love is not enough, where mistrust and suffering increase in a labyrinth with no way out where the breakup hurts too much but being together makes them unhappy.

The importance of reacting to early problems

Many couples go to therapy when the wear and tear has dried up to the roots of the relationship and the only thing left is to save themselves individually and start accepting that it is over. It is advisable to go to therapy when the first indicators appear that the relationship is not healthy and jealousy increasingly conditions the couple’s relationship. To do this, one has to work individually on self-esteem, fears and irrational beliefs that generate obsessive jealousy to make way for well-being.