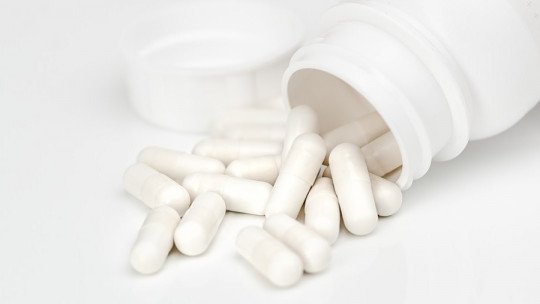 Many people have some kind of allergy. Some cannot eat seafood or peanuts, or every spring suffer from rhinitis, congestion and discomfort from pollen from various plants. Or who cannot keep pets because of allergy to mites or dander in their fur. And even many people are allergic to some medication.

If this allergy is known it is because you have had some kind of reaction, sometimes even anaphylaxis, to some stimulus. Although sometimes we are facing something simply annoying, the truth is that an allergy is not something anecdotal or harmless, but depending on the case can have fatal potential.

Although some allergic reactions can be fatal, fortunately we have drugs such as promethazine that allow us to reduce the inflammatory processes generated by allergy. It is this particular drug that is the subject of this article, which is also helpful in other types of problems and conditions.

It is called Promethazine , a synthetic anti-histamine drug derived from the phenothiazine family (specifically an aminoalkylphenothiazine), whose main function is to reduce the body’s histamine levels and thus treat inflammatory processes.

Although it is not specifically a psychopharmaceutical, it has the property of being able to cross the blood-brain barrier in such a way that it also has an effect on the nervous system .

This drug is considered first generation, being discovered in a similar way to chlorpromazine (the first synthesized phenothiazine antipsychotic). Despite being a phenothiazine, which is often one of the basic structures from which antipsychotics are developed, in this case its action does not have a neuroleptic effect that allows for the treatment of psychotic dye problems .

This drug is metabolized in the liver and eliminated from the body through the urine and stool. It is available in multiple presentations, suitable for its multiple uses. Presentations can be found in tablet or syrup form for oral administration, suppositories for rectal application and injectables for intramuscular or intravenous use. Finally, promethazine cream is available for topical use.

Promethazine acts in our body through the regulation of various types of hormones present in our body .

Specifically, its main action is at the level of the histaminergic system, maintaining a relationship of competitive antagonism with histamine. This implies that makes it difficult for histamine to act on the body because it blocks the H1 receptors , which means that it acts less and its levels are reduced, which in turn reduces inflammatory processes such as those of allergy.

Its performance is reversible (i.e. its performance does not remain in force over time but ceases after a few hours). In addition, it is unspecific, which means that it affects the receptors present throughout the body.

In addition to histamine, promethazine also has an anticholinergic action , which allows it to possess antiemetic properties and helps regulate gastric secretions. Anque in a minor way can also affect the aderenergic system.

As an antihistamine, promethazine is primarily indicated for the treatment of medical conditions involving tissue inflammation. In this sense, its main indication is the relief and symptomatic treatment of allergic reactions in different parts of our body.

Its main use is therefore in settings where allergic rhinitis, hives, angioedema or conjunctivitis arise. It is also useful in the treatment of contact dermatitis, and its use is especially relevant in the case of anaphylaxis.

In addition to its anti-histamine action, this substance has an antiemetic effect (i.e., it cuts down or makes it difficult to vomit), so it is also used in the presence of severe nausea and vomiting over time. Likewise has a mucolytic and antitussive action, which is useful in catarrhal and flu processes .

It is also commonly used for the prevention and treatment of dizziness of kinetic origin, such as those that appear on airplane, boat or car trips.

Another of its applications or functionalities can be found in its use as a local anesthetic, since it has sedative properties. In this sense, it has been used to relax the person before surgical interventions, or to treat post-surgical or post-partum pain.

Although promethazine is a very useful drug for the treatment of the symptoms of many medical conditions, its administration can also lead to the emergence of adverse reactions and uncomfortable and even dangerous side effects .

One of the most common is sedation and drowsiness. In addition, the fact of affecting the levels of histamine and also those of acetylcholine can cause symptoms such as fatigue, insomnia, blurred vision, dry mouth, lack of motor coordination , hyperactivity or hypomania, among others. Vertigo, tremors, visual problems, hypotension or urinary retention are other possible secondary symptoms.

It should be noted that it can increase photosensitivity, so it is recommended not to expose yourself to excessive sunlight after administration.

It can also cause a slowed breathing rate, fever, arrhythmias, fainting, dyskinesias and even convulsions, bleeding, jaundice or problems breathing or swallowing (the latter are serious and require a visit to the doctor). It should be noted that sometimes it causes uncontrollable eye movements and abnormal neck and tongue positions, which can also be a serious side effect.

Although rare, some people are at risk of leukopenia, neutropenia, thrombocytopenia, anemia or agranulocytosis , conditions that require rigorous medical monitoring if they arise due to their dangerousness.

It should never be applied intra-arterially, as there is a risk of severe arteriospasm and gangrene. The subcutaneous route should be avoided as it may cause tissue death or necrosis.

Among the many conditions that this drug is contraindicated, those who are allergic to promethazine, phenothiazines or any of their components, as well as those who suffer from jaundice, bone marrow depression or severe renal or hepatic failure, stand out. Also is contraindicated in case of epilepsy or in cases of Reye’s syndrome .

In the case of intravenous application, it is important to bear in mind that it should never be injected into an artery but into a vein, given the risk of arteriospasm. It is not recommended in patients with glaucoma or urinary problems. Other subjects who should take special care in its use are those who present hypotension or have a tendency to it or those who suffer from prostate hypertrophy.

Also is contraindicated in infants and children under two years of age , since it has the ability to slow or even stop breathing (something that can have fatal repercussions). In general, it is not recommended except in cases of extreme necessity (the costs and benefits of its administration should be evaluated with the physician), in cases of pregnancy or lactation since it can excrete the baby and generate severe problems, as well as in severely dehydrated or acutely ill children.

Finally, the physician should be consulted about the feasibility of promethazine treatment if other drugs are being used, as they may interact. Among others, promethazine should not be mixed with alcohol, MAOIs, neuroleptics from the same family, sedatives, morphine or depressants. Finally, it should be taken into account that due to its sedative effects, driving or the use of heavy machinery should be avoided.