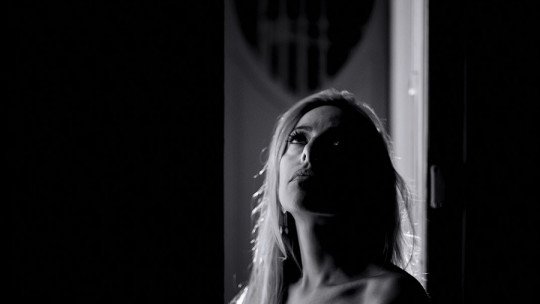 Many times, when a person suffers a depressive episode or disorder, his or her cognitive functions are altered; thus, his or her ability to concentrate and his or her memory may be diminished, for example.

When these alterations are of sufficient clinical severity, we are talking about a picture of pseudo-dementia of depression . Let’s see what it consists of.

Depressive pseudodementia consists of the presence of dementia symptoms that also include the mood alteration typical of depression . That is, the depressive picture is accompanied by severe cognitive impairment sufficiently extensive to resemble or simulate dementia.

It is true that pseudodementia does not only appear in depression , but it can also appear in other functional psychopathological pictures. However, the most frequent is depression.

The characteristics (in addition to depressive ones) will be discussed in more detail in the section on differential diagnosis; however, the most important ones are decreased ability to concentrate, difficulty in remembering certain events (affecting immediate and short-term memory, e.g.), attention difficulties, etc.

The pseudodementia of depression appears as a result of the depression; many times the patient is suffering a state so negative and apathetic that the cognitive functioning is altered . His psyche is so immersed in this state, as if there were no room for anything else. That is, it would be what we commonly call “not having the head for anything”.

It should be noted that different longitudinal studies (Kral, 1983) have shown how many of the cases treated as pseudo-dementia depressive have subsequently evolved into a picture of real dementia , while other cases initially diagnosed as dementias have subsequently changed the diagnosis to depression.

Several theories have been put forward to explain this; one of them is that there is a continuum between depression, cognitive impairment and dementia in subjects with Alzheimer’s disease. Another is that it may be that some of those patients diagnosed with pseudo depressive dementia may have already manifested an Alzheimer’s disease in the early stages.

In clinical practice, it is easy to confuse the symptoms of a dementia with those of a pseudo-dementia of depression . Therefore, it is important to analyse the differences between one and the other.

We will analyze the differential diagnosis of the most common dementia, Alzheimer’s, with respect to depressive pseudodementia.

The onset of this type of dementia is poorly defined, and its onset is slow. The deterioration is progressive and there is no awareness of illness . Generally the patient does not recognise the limitations and is not usually affected. They show a labile or inadequate mood.

Attention is deficient. Short-term memory (SCM) is always affected; in long-term memory (LTM), the memory failure is progressive. In terms of language, there is often anomie.

The behavior is consistent with the deficit, and is usually compensatory. Social deterioration is slow. The clinic is also congruent, with nocturnal aggravation, global affectation of performance and imprecise complaints (which are less than those objectified).

In medical tests these patients cooperate, and these produce little anxiety. The results are usually consistent. The answers shown by the patient are usually evasive, erroneous, confused or persistent . The successes are outstanding.

In terms of response to treatment with antidepressants, the treatment does not reduce cognitive symptoms (it only improves depressive symptoms).

Let’s now look at the differences between Alzheimer’s and pseudo-depressive disease. In pseudodementia depressiiva, all of the above characteristics vary. Thus, its onset is well defined and its onset is rapid . The evolution is uneven.

Patients have a marked awareness of illness, and recognize and properly perceive their limitations. These are poorly experienced. Their moods are often sad and flattened.

Attention is preserved . The CCM is sometimes diminished, and the LMP is often inexplicably altered. There are no language impairments.

Their behavior is not consistent with the deficit, and it is often one of neglect. Social deterioration appears early.

The symptoms are exaggerated by the patient (more complaints appear than those objected to), and the complaints are specific. In addition, patients respond to medical tests with little cooperation, and the success of these tests is variable. These produce anxiety. The responses they usually show are global and of no interest (of the “I don’t know” type). Failures stand out.

Yoga or sports also tend to have beneficial effects in reducing anxious symptoms, which are often associated with depression. In addition, they help reduce stress, reduce rumination and help you sleep better.