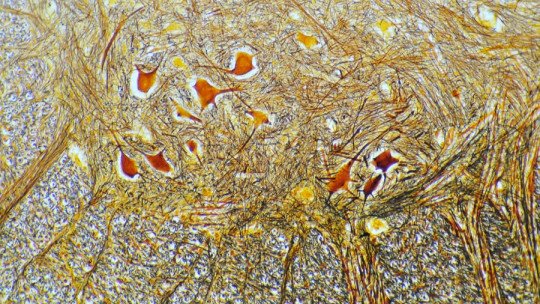 When psychology and biology come together to find answers to the questions raised by human behavior, psychobiology appears, a scientific discipline that aims to understand how human behavior works based on biological criteria.

In this article we explain what psychobiology is and how it arises , what are its areas of study and the types of research most used, as well as its relationship with other neurosciences.

What is it and how does psychobiology arise?

Psychobiology or biopsychology is a scientific discipline that studies psychological phenomena and human behavior from a biological point of view . The scope of this science includes topics such as the evolution of the brain, the functioning and development of the nervous system, the understanding of sensory and perceptive processes, and the study of basic behaviours such as sex or reproduction, among many other phenomena.

The study of behavior has a long history, but psychobiology did not become an important neuroscience discipline until the 20th century. Although it is not possible to specify the exact date of birth of this science, it should be noted that the publication of The Organization of Behavior by Donald Hebb played a key role in its emergence.

In his book, Hebb developed the first comprehensive theory of how some complex psychological phenomena, such as emotions, thoughts or memories, can be produced by brain activity . His theory did much to discredit the dogma that psychological functioning is too complex to be the result of physiological and chemical brain activity.

Hebb based his theory on experiments involving both humans and laboratory animals, on clinical cases, and on logical arguments he developed based on his own observations. This eclectic approach would later become the hallmark of psychobiological research.

In general, professionals in psychobiology study the same problems as academic psychologists, although they are sometimes limited by the need to use non-human species. As a result, most of the literature in psychobiology focuses on the mental processes and behaviors that are shared among mammalian species.

Some examples of the most common areas of study in psychobiology are: processes of sensation and perception; behaviours involving motivation (hunger, thirst, sex); learning and memory; sleep and biological rhythms; or emotions and aggression behaviour.

With increasing technical sophistication and the development of more precise non-invasive methods that can be applied to human subjects, psychobiology is beginning to contribute to other classic thematic areas of psychology , such as language, decision making and reasoning, or the implications of consciousness.

A degenerative disorder of the nervous system that affects motor skills and speech.

Hereditary neurological disorder whose main symptoms are abnormal movements and lack of coordination .

A common psychiatric disorder , characterized by a persistent decline in mood, loss of interest in usual activities, and decreased ability to experience pleasure.

A mental illness characterised by deficiencies in the perception or expression of reality , which most frequently manifests itself as auditory hallucinations, delusions, disorganised speech and thought in the context of significant social or occupational dysfunction.

A physiological state characterized by the presence of cognitive, somatic, emotional and behavioral components. These combine to create feelings and sensations of fear, apprehension or worry.

How does this discipline relate to other neurosciences?

The sciences that study the nervous system and its relationship with cognition and human behaviour , or what have come to be called neurosciences, are disciplines in which teamwork and interdisciplinarity are very important.

Biopsychologists are scientists who bring to their research knowledge of behavior and behavioral research methods. It is this orientation towards research on human behavior that makes their contribution to the rest of the neurosciences so relevant.

Likewise, psychobiology would not be the integrative discipline it is without the contribution of other neurosciences such as those described below:

Types of research in psychobiology

Experts in psychobiology are in charge of studying many different psychological phenomena and approach their research from different approaches. Psychobiological research can involve human and animal subjects; it can be done through experimental or observational research; and it can also be basic or applied. Let us see in more detail what each of them consists of.

1. Experimentation with humans and animals

Psychobiological research has been carried out on both humans and animals, mainly mice and rats, although cats, dogs and primates have also been used. The advantage of working with people is that they can follow instructions and can report on their subjective experiences, and of course, that they have a human brain from which they can draw more accurate conclusions, compared to the brains of other animals.

However, the differences between human brains and those of related animal species are more quantitative than qualitative . In addition, non-human animals have the advantage of having a simpler nervous system, so it is easier to reveal interactions between the brain and behavior. Furthermore, research with animals facilitates comparative approaches to the study of biological processes.

Research in psychobiology includes scientific experiments and observational studies; in the latter, no variables are manipulated and only data that are naturally observed are collected.

Experimental studies are used to study causality ; that is, to discover what causes a certain phenomenon. To perform an experiment involving living subjects, the experimenter must design two or more conditions under which they will be evaluated. Usually, a different group of subjects is tested under each experimental condition (inter-subject design), although sometimes it is possible to evaluate the same group under each condition (intra-subject design).

Research in psychobiology can be basic or applied. Basic research is mainly motivated by the curiosity of the researcher; it is done solely for the purpose of acquiring new knowledge on the subject.

In contrast, with the applied research we seek to generate some direct benefit for a given population.

Clearly, a research project need not be only basic or applied, as many programs have elements of both approaches and are fed back because the knowledge generated in basic research is then used to generate new practical applications from applied research.