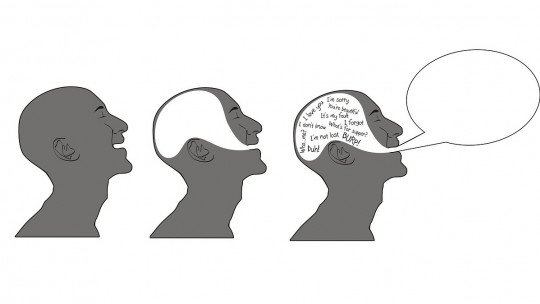 How many times have you participated or immersed yourself directly or indirectly in psychological games ?

I assure you that many, and in none of them will you have found a good ending. You may be aware that you often fall into the same situations getting the same answers, but you are surely completely unaware of why this happens to you.

What are mind games?

Two don’t play if one doesn’t want to.

Eric Berne , psychiatrist and founder of the theory of Transactional Analysis (A.T.) explained psychological games as a dysfunctional form of communication used to cover needs for attention, recognition and affection towards one’s own person, although always in a negative way. We talked about games in the mode of not fun , that is, in these games one always loses, which entails an enormous emotional cost, both for the person who initiates them and for the person who joins or participates in them.

In this type of incommunication, gadgets are used to manipulate and persuade the receiver, unconsciously most of the time, but used repeatedly until resentment and interpersonal failure appear.

How do you play?

In any psychological game there is a systematic action , that is, you start at Bait , which is the move made by the first player and then there is a reaction of continuity if the other person decides to participate. Note that the first player always wins. To understand more clearly how these games are established, we can use a practical example with the use of the game: “yes, but…”

Person A: I have a lot of problems in my relationship, if we continue like this I don’t know how we will end up…

Person B: Why don’t you two split up?

Person A: Yes, but if we separate, how will we share custody of the children?

Person B: You can make a deal and keep her. By schedule you can combine it better.

Person A: Yes, but I have 3 children, I won’t be able to handle everything as I should on my own.

Person B: You can find someone to help you…

Person A: Yes, but it would be an expense I could not afford

This silence offered by person B is the result of the victory of the person who starts the game . But even so, Person A could finish the game by adding “you see, I can’t get away from you”. In this case we see how Person A has joined the game after hearing the first “yes”, but… has introduced at this point the new role of “I’m just trying to help you”

The psychological games are varied, Berne classifies them according to themes and scenarios, but we can highlight from power games, to sexual or couple games among others . The most outstanding ones are always located in marital, life, meeting or office scenarios.

In this case we can highlight Karpman’s dramatic triangle contributed by R. Kertész to highlight the change of theoretical roles that can be followed by two or more people during the course of the games, in this case the roles of persecutor, savior and victim will give rise to characters of the type “Yes, but…”. “Explain to me your sorrows” or “Everything goes wrong for me”, consecutively.

Objectives and aims of the psychological games

According to E. Berne the three main reasons why a person gets unconsciously involved in these games are the following:

These are the main reasons given by the author, but in general we could say that they are used with the purpose of manipulating others instead of establishing healthy relationships and to demonstrate that one is in a certain way in front of others.

The reality is that the use of these games is learned at an early age and then repeated systematically throughout the person’s life, until the person becomes aware of their use and tries to remedy it if he or she observes that these acts are slowing down and damaging his or her life. Most games destroy the true personality and increase the vulnerability of the person, affect most areas of life, consume energy and provoke really high levels of frustration, as well as the establishment of unhealthy and degraded relationships, basically bringing discontent and conflictive situations for the individual.

How do we detect when we are dealing with a psychological game?

Frankly, if we remain attentive it will not be difficult to discover the first signs of these games, however you can apply different questions to identify them more easily.

Once these questions have been applied we can look for alternative behaviours to prevent or avoid falling into these games . As long as we are aware of the existence of certain behaviours it will be easier for us to orientate ourselves towards a different situation and avoid certain mistakes.

How to limit and stop this kind of games?

From the psychological point of view, breaking these games is the first step to overcome resistance and obtain healthy and direct situations and relationships with others.

Some games to keep in mind

Purpose: The person seeks to be reassured from a child’s perspective, by closing in on the parent’s position

“Let’s fight you and him”

Purpose: The protagonist seeks to get others to fight without intervening himself, thus satisfying his psychological position

“Look what you made me do”

Purpose: To avoid responsibility through justification and “I am not at fault”

“How do you get out of this situation?”

Purpose: The person gets involved in difficult or complicated situations in order to be saved

In short, through psychological games, we seek, through transactions between the parent, the adult and the child represented in the transactional analysis, to highlight the weak points of the other in order to achieve a final benefit , which is never achieved in a positive way.

The game itself is always a risk for the player