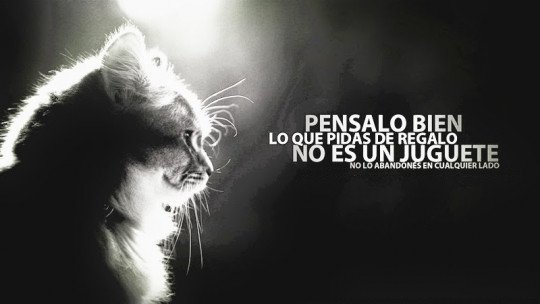 Animal abuse is a phenomenon that exists with some frequency in our society, because you only have to look at social networks to realize that there are many individuals who hurt, torture and inflict pain on defenseless animals.

And although many people are indignant about this kind of behavior, this cruelty to animals is not always condemned by our society . One only has to look at the passion that bullfights arouse or at some cultural phenomena such as the “toro embolado”.

In the latter cases, the phenomena of group influence are decisive, but in others, especially those in which individuals act alone, there are a number of traits that predominate in the personality of the animal abuser. In this article we will talk about this topic and we will deepen in the psychological characteristics of these types of abusers.

Unfortunately, the cases of animal abuse continue to be repeated in the world , and it is not strange either, because human beings can carry out atrocious and wild behaviors. But… what can be going through the minds of these people to make them capable of behaving in such a cruel way against dogs, cats and other species of animals?

This is the question asked by Alan Felthous, a psychiatrist who led an investigation to determine what causes an individual to become an animal abuser. According to the data from his study, the main motivations are:

Direct mistreatment is that in which the person performs a series of behaviors that are intended to harm the animal at that particular moment, for example, by hitting or torturing it. Indirect animal abuse, on the other hand, is that which occurs when the abuser does not take the necessary care of the animal’s welfare. For example, by depriving the animal of food.

Other authors differentiate between active and passive abuse. The first is when the abuser carries out a series of behaviours to hurt the animal (asphyxiation, kicking, etc.), and the second when the subject mistreats the animal for other reasons such as: abandonment, neglecting its hygiene, commercial exploitation, dog fights, etc.

Psychological profile of the animal abuser

In the following lines you can find a list of traits that people who mistreat animals have.

1. Lack of empathy and remorse

It is impossible to become an abuser when people are able to put themselves in each other’s shoes and understand the suffering they are going through. Individuals who show cruelty to animals and brutally punish them are people who are insensitive to their pain and suffering.

Lack of empathy is a trait that only animal abusers present to us, but any kind of abuser. Furthermore, animal abusers do not regret their actions nor do they make self-criticism , and they usually extend this type of behaviour to other people, for example, to their children.

Anti-social personality is characterized by the fact that the individual who presents it tends to engage in behavior contrary to social norms and even laws, and ignores the rights of others in favor of his own.

A study published in the Journal of the American Academy of Psychiatry and the Law in 2002, found that people who abuse animals often have antisocial personality disorder , antisocial traits, and substance abuse (in the case of adults). The same study indicates that half of people with this type of personality engage in sadistic behavior, and if they commit this type of act before the age of 10 the prognosis is worse, even committing crimes.

Childhood is an important stage of life and parental educational styles have a significant influence on the growth of children as individuals and social beings. Many (but not all) animal abusers are individuals who grow up in families or environments in which violent behaviour, sometimes directed towards the weakest (the elderly, women, children and pets), develops. When living this from childhood, its negative effects are perceived as normal .

Some studies also show that these individuals are prone to violence and feel stimulated by it . This is why some animal abusers, especially the youngest ones, often perceive animal abuse as an act that is not punishable and even amuses them. In addition, they often have a low tolerance for frustration and an explosive temperament.

As psychiatrist Alan Felthous concludes in the research discussed above, “animal abusers are people who want to demonstrate power and authority and act against weaker victims. They are authoritarian people, who do not usually listen to the opinions of others and are prone to send out orders”.

These individuals hold undemocratic beliefs and often direct violence towards weak victims or “scapegoats” in order to appear strong and fearful. They are cold and calculating.

Animal abusers are intolerant, and are more likely to disregard not only the rules, but also the opinions, attitudes or behaviour of others. They tend to have prejudices (sexism, racism, etc.), and therefore they tend to react in a violent, resentful and cruel way .

People who are capable of mistreating animals are selfish people who only think about themselves and do not connect emotionally with other people or animals . Because animal abuse can take many forms, and can even be associated with economic benefits. For example, the poaching of rhinoceroses.

Selfishness is often present in this form of abuse, and that is why, when an owner gets tired of having an animal in the house that he has bought on a whim, he is able to abandon it on a road and wish it luck without any remorse.