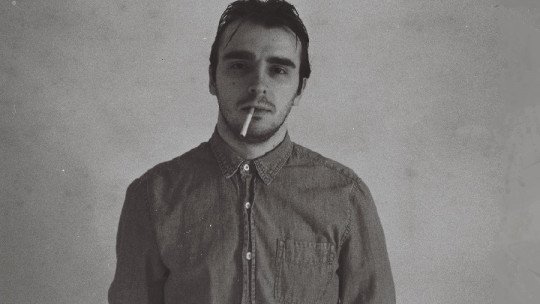 It is not uncommon for news to be published in the media from time to time regarding cases in which one or more adults have been arrested for paedophilia or aspects related to the practice of activities of a sexual nature with minors.

This is a phenomenon that is not so isolated: it is estimated that between 10 and 25% of the adult population has suffered at some time during their childhood some type of sexual abuse (one out of every four girls and one out of every eight boys).

That is why psychology, criminology and other disciplines have analyzed the characteristics of those who commit such abuse: pedophiles. Although due to the high variability in the cases there is a great amount to be taken into account, the following is a series of characteristics and elements that have been frequently found when establishing a psychological profile of the paedophile.

A situation in which a minor is sexually abused by an adult is considered pedophile. This includes any type of conduct or behaviour in which the minor is used as a sexual object, taking advantage of the difference in maturity, age or power between the minor and the other subject.

In general these subjects tend to have preserved mental capacities, being able to discern at a cognitive level between what is good and what is not. That is why they are considered fully aware and responsible for their actions, and therefore accountable.

Attempts to classify the behaviour and establish a basic profile of the paedophile and paedophile have led to the development of some typologies in this regard. Specifically, the presence of two basic types has been reflected .

This type of sexual abuser does not have a sexuality restricted to minors, often having partners with whom he can establish relationships normally. This type of individual does not have a specific preference for one type of victim, but rather takes advantage of the opportunities he has to commit abuse .

It is not uncommon for paedophiles of this kind to be abused in childhood as well. They are the most frequent type of paedophile and the most likely to assault members of their own family.

These types of pedophiles tend to have a greater number of victims. They establish a series of characteristics that attract them more than others, and they tend to have a life more linked to the search for their object of desire .

They often have no partner or use her as a cover, and usually tend to be dedicated to or located near places with access to children. They tend to have more compulsive behaviour than situational ones.

Common aspects among this type of subjects

Although the circumstances surrounding each case are particular and not all characteristics are applicable to all situations, there are a number of elements that are usually common to the various types of paedophiles.

Generally the typical profile of a pedophile is that of a middle-aged or elderly pedophile subject . They are usually males between thirty and fifty years of age, although in many cases the criminal behaviour appears from adolescence.

Despite the fact that the majority of the abusers are men, there is a certain percentage of cases, ranging from 10 to 25%, in which the abusers are women. Male perpetrators tend to assault victims between the ages of eight and thirteen. In the case of sexual assaults carried out by women, it has been found that the victims tend to be either under five years old or in their teens.

As is the case with rapists, paedophiles do not generally tend to engage in strange behaviour. Their behaviour is typical and habitual in most areas of life.

However, it is possible to observe, especially in those pedophiles of preferential type, the existence of some relatively consistent personality patterns.

In general, there is a very low self-esteem and low stress tolerance. In many cases the behaviour is carried out impulsively, as a way of getting rid of psychosocial stress. In addition, many also present feelings of inferiority, difficulties in their interpersonal relationships (although this is not something that defines them), and a certain level of immaturity. They tend to be reserved and withdrawn.

Although it could be included in the previous section, this characteristic deserves a special mention, and it is that as a general rule, paedophiles have a considerable lack of empathy , in the sense that they are not capable of connecting with the suffering that their actions generate in the attacked child or they voluntarily choose to ignore this fact.

However, this lack of empathy is often expressed only in some cases, not in all types of social relationships. Somehow, they stop empathizing with certain people at convenience, depending on their purposes and motivations.

4. They are often related to the victims

In the vast majority of cases the abuser and the abused maintain some kind of relationship , generally with family, work or neighbours, and it is rare for the act of paedophilia to be carried out by a stranger.

This is because it allows the creation of some kind of pact that commits both parties and provides a certain degree of security, a protection that will make it more difficult for alarms to be raised and for the authorities to find out what is happening.

Linked to the previous point, pedophiles and paedophiles generally tend to seek frequent contact with their object of desire, children. That is why in many cases they are linked to the world of education or seek residence in places with easy access to minors.

In fact, paedophiles are usually able to invest months or even years of almost daily contact with children before committing a crime. They create an alibi to in the eyes of acquaintances and neighbours so that at first it does not seem strange to be surrounded by children, and during this stage they minimise the risk of them being detected. Thanks to this strategy, they are gaining more and more possibilities to be alone with the children, since they have the trust of others, and they take advantage of it.

Although it is not a defining fact of pederasty it is not uncommon that those subjects who carry out this type of behaviour have themselves been mistreated and abused in childhood. This can cause a learning of the situation to stimulate the child to associate sexuality with an abusive situation, replicating the same situation in adulthood.

7. They do not usually use violence

Although in some cases there have been sadistic and cruel elements in the practice of their sexual activities, usually as a result of previous traumatic experiences or as a result of other mental disorders, paedophiles generally do not use violence.

Its modus operandi is usually based on approaching and establishing a relationship of trust with the child victim of abuse , which is especially evident when we take into account that the vast majority of known cases have occurred between individuals who already knew each other beforehand. They gain access to the minors through their work, blood ties or through networks (a phenomenon known as grooming), pretending to understand the vital circumstances of the minor and producing in them curiosity and affection, trying to approach them little by little.

In fact, in many cases the victims themselves do not initially experience the abuse as such, being manipulated in such a way that they come to think that it is some kind of game or a way of relating to that adult in question.

8. Tend to be self-righteous

Although in many cases paedophiles in detention have expressed some relief at being arrested, especially those cases where they present a sense of guilt, paedophiles generally tend to minimize the importance of the act or the damage caused to the victim .

They often indicate that the relationship is not harmful to the child, is accepted and/or desired by the child, or that there is an emotional bond that legitimizes the act, with no remorse for the abuse committed.