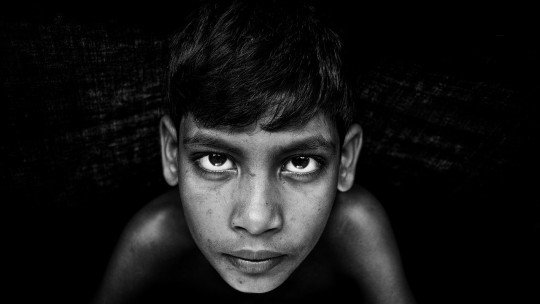 The human being is fundamentally a social animal, and that makes him adapt his behavior depending on the social context in which he finds himself. But the social character of our species is very different from that of other forms of life .

Just as social insects such as ants can live in large colonies, they are not aware of this: they lack the ability to imagine the concept of “other” and “self”. We, on the other hand, are social not only because we live in a collective, but also because we think about the mental states of others. This, however, has a side effect called psychological reactivity .

What is psychological reactivity?

In psychology, reactivity is a concept that serves to designate the tendency that individuals have to modify their behavior when they feel that someone is observing them . The presence or absence of psychological reactivity causes us to behave in one way or another, whether we are alone or accompanied. In fact, reactivity may not exist in contexts where we are surrounded by many people, precisely because being in a very crowded place may make us think that no one will notice us. What matters is the fact that we are aware that someone is watching us, not so much our physical proximity to other people who might see us.

Thus, it is possible that psychological reactivity appears in moments when we are alone , if we come to believe that there are disembodied entities looking at us, something typical of magical thinking. But it is not necessary for this belief to be very firm either; the simple fact of evoking a person to whom we want to make a good impression can make us, without realizing it, behave a little more like we would if that someone were really watching us.

It is this phenomenon that makes, for example, Social Psychology study not only the influence that others have on the person, but also the influence they have on these imaginary entities that are perceived as real or partially real in the here and now.

That is why psychological reactivity is a complex phenomenon , which depends both on how we perceive our environment and on cognitive elements and our imagination. Therefore, it is difficult to control and study, since the imagination has a role in it, and this cannot be modified in a predictable way from the outside of the individual.

Moreover, reactivity always contains a scale of intensity: changing our behavior by remembering a teacher to whom we owe a lot is not the same as doing so when we know that thousands of people are watching us through a television camera. In the second case, the influence of others will be much more noticeable, and will have an impact on practically all our gestures.

But if the concept of psychological reactivity is useful for anything, it is to take it into account in research based on the observation of individuals .

One of the principles of science is the objective of studying natural processes without intervening in them, but psychological reactivity is a strong interference where behavioral researchers try to learn about the behavior of humans or other animals with developed nervous systems: its mere presence makes individuals behave differently than they would if they were not being studied scientifically, and thus the results obtained are contaminated .

In Psychology, as in any science, it is essential to know how to delimit well the type of phenomena that are being studied, that is, to isolate the variables in order to look at what one wants to investigate, and psychological reactivity can produce results that are not representative of those mental or social processes that we are trying to know better.

This means that the presence of psychological reactivity in scientific research poses a threat to its internal validity , that is, to its capacity to find findings related to the object of study that was being investigated, and not to anything else. For example, if an investigation aims to analyse the behaviour patterns of a specific ethnic group when making purchasing decisions, the results obtained could actually reflect the way in which the members of this group want to be seen by Westerners, without the researchers being aware of it.

The Hawthorne effect is a type of psychological reactivity that occurs when subjects who participate in an investigation know that they are being observed.

This is the type of psychological reactivity typical of behavioural research , and presents different variants, such as the John Henry effect, which occurs when a group of subjects modify their behaviour by imagining that they are part of the control group of an experiment, or the Pygmalion effect, in which research volunteers adapt their behaviour voluntarily or involuntarily so that the main hypothesis defended by the experimenters is confirmed. This phenomenon is usually preceded by the experimenter effect, which occurs when researchers themselves give clues about what their intentions are and what result they hope to achieve.

How to avoid psychological reactivity in research?

Typically, psychological reactivity is controlled by making sure that people who participate in a study know the least about it. In social psychology, for example, it is common to withhold almost all information about the purpose of studies, and sometimes to lie, as long as this does not go against the integrity and dignity of individuals, and to clarify what the experiment is about after the observations have been made.

Double-blind studies are part of those that are best designed to prevent the appearance of psychological reactivity , since in them neither the subjects being studied nor those who carry out the collection of “raw” data about the former know what the objective of the research is, thus avoiding the Pygmalion and experiential effects.