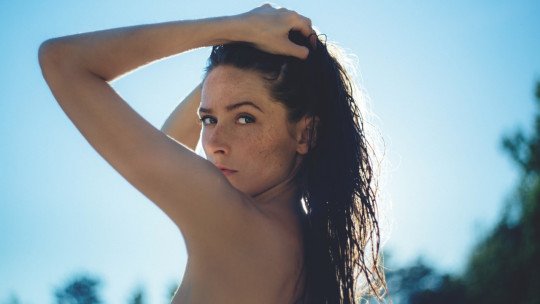 “I wish I had it too”, “I should have gotten it”, “Why him/her and me not?” These and other similar phrases have been thought and expressed by a lot of people throughout their lives.

They all have one element in common: they express the desire to possess something that is not possessed by oneself but by others . In other words, all these expressions refer to envy. The following is a brief analysis of the meaning of envy, as well as what some investigations reflect on it.

When we talk about envy we refer to a feeling of pain and frustration due to not having a desired good, characteristic, relationship or event that we would like to have and another person does have, seeing this situation as unfair.

Thus, we can consider that for envy to appear, there are three basic conditions, the first of which is that there must be someone outside the individual himself who possesses a specific good, characteristic or achievement, the second that this phenomenon, characteristic or possession must be the object of desire for the individual and finally, the third condition is that a feeling of discomfort, frustration or pain must appear before the comparison between the two subjects.

The feeling of envy is born from another feeling, that of inferiority, in the face of comparison between subjects. In general, the feelings of envy are directed towards people who are in levels and strata relatively similar to one’s own, since individuals who are very distant from one’s own characteristics do not usually awaken the feeling of inequality that someone with circumstances similar to one’s own can provoke.

Considered as one of the seven deadly sins by various religious confessions, this feeling implies a focus on the characteristics of others, ignoring one’s own qualities . It is an obstacle to the establishment of a healthy relationship, undermining interpersonal relationships, as well as the maintenance of a positive self-esteem.

However, it is worth asking whether envy is the same for everyone, a question that seems to have a negative answer.

This is due to what is known as healthy envy. This term refers to a type of envy centered on the envied element, without wishing any harm to the person who possesses it. Pure envy, on the other hand, implies the belief that we are more deserving of the object of desire than the one we envy, and that joy can be produced when this object fails.

Envy has traditionally been conceptualized as a negative element, due to the deep unease it causes together with the hostile relationship it implies towards other people, which is related to a lack of self-esteem and the fact that it comes from the feeling of inferiority and inequality. Likewise, according to numerous studies, envy may be behind the existence and creation of prejudices .

Also, envy towards other people may cause defensive reactions in the form of irony, mockery, heteroaggressiveness (i.e. aggression directed towards other people, either physical or psychological) and narcissism. It is common that envy is transformed into resentment, and if it is a prolonged situation in time it can induce the existence of depressive disorders. Similarly, it can induce feelings of guilt in people who are aware of their envy (which correlates with the desire that the envied person will do badly), as well as anxiety and stress.

However, although all these considerations have a scientific basis, envy can also be employed in a positive way .

Envy seems to have an evolutionary meaning: this feeling has driven the competition for resources and the generation of new strategies and tools, elements that have been essential for survival since the beginning of humanity.

Likewise, in this sense envy makes a situation that we consider unfair may motivate us to try to reach a situation of equity in areas such as labour (for example, it may lead to fighting to reduce salary differences, avoid favourable treatment or establish clear promotion criteria).

Reflecting on envy can lead to the question, and what happens in our brain when we envy someone?

This reflection has led to various experiments. Thus, a series of experiments carried out by researchers at the National Institute of Radiological Sciences in Japan have shown that when faced with a feeling of envy, various areas involved in the perception of physical pain are activated at a cerebral level. Similarly, when volunteers were asked to imagine that the envied subject suffered a failure, the release of dopamine in brain areas of the ventral striatum was provoked, activating the brain’s reward mechanism. Furthermore, the results show that the intensity of the perceived envy correlated with the pleasure obtained from the failure of the envious person.

It is relatively frequent, especially when the object of desire is a relationship with someone, that envy and jealousy are used interchangeably to refer to the feeling of frustration caused by not enjoying that personal relationship.

The reason that envy and jealousy are often confused is that they usually occur together . That is to say, jealousy occurs towards people who consider themselves more attractive or with more qualities than oneself, thus making one envious of the supposed rival. However, these are two concepts that, although related, do not refer to the same thing.

The main differentiation is that while envy occurs with respect to an attribute or element that one does not possess, jealousy occurs when one fears the loss of an element that one did possess (generally personal relationships). Likewise, another difference can be found in the fact that jealousy occurs between two persons (envied and subject that envies) with respect to an element, in the case of jealousy a triadic relationship is established (person with jealousy, person with respect to whom one is jealous and third person that could snatch the second one). The third difference would be found in the fact that jealousy comes along with a feeling of betrayal, while in the case of envy this does not usually happen.