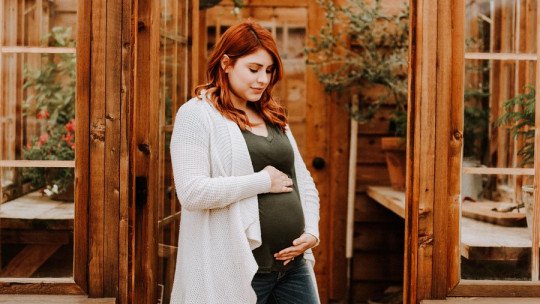 The branch of psychology that deals with pregnancy is the Psychology of Pregnancy, which seeks to promote the well-being of the mother during pregnancy, childbirth and the puerperium, as well as the psycho-emotional development of the baby.

The history of the nine months prior to the birth of the human is probably much more interesting and contains more transcendental events than the 70 years that followed . Samuel Taylor Coleridge, 1840.

The importance of the Psychology of Pregnancy

From the moment of physical conception, and even before , when the future baby is conceived in the mind of its parents, a process of transformation of its psyche is initiated, fundamentally of the woman, which will accelerate during the pregnancy, and will be consolidated during the months and years that follow the birth.

Pregnancy is conceived as a moment of crisis from which the pregnant woman will develop a new identity: she will become a mother. During this period it is common to review one’s childhood, whose memories come easily to the surface.

So do the wounds of the past, making pregnancy a privileged time for psychotherapeutic work, since those wounds, which have sometimes burdened life for years, can heal much more quickly.

This is a period of growing sensitivity and great vulnerability, which is why the care provided by the close environment, the couple and the family , as well as by professionals of the health system, is of vital importance.

During pregnancy, occasional depressive feelings are frequent and completely normal. There tends to be emotional ambivalence, that is, the coexistence of alternate moments of great joy and happy expectation, with others of fears and doubts about whether the right decision has been made, whether it is a good time to interrupt one’s career, or whether one will be able to assume the responsibility of motherhood.

Although these ambivalent feelings are normal, it is advisable to pay special attention to the mood during pregnancy and in the face of persistent negative emotions to seek psychological help .

Several studies show a high prevalence of depressive episodes during pregnancy. Some speak of around 10%, while others find that up to 40% of pregnant women suffer some kind of depressive symptom.

Although postpartum depression is better known, about half of postpartum depressions start during pregnancy . This is why taking care of the woman’s mental health during this period is also highly recommended from the point of view of preventing future disorders, as it has a positive effect on the well-being of the mother-baby dyad during the first months.

These four questions can serve as a first orientation to detect possible difficulties. Although it must be taken into account that each case is unique and full of nuances, if you answer positively to any of them, it would be advisable to go deeper into the psychological evaluation of your case: 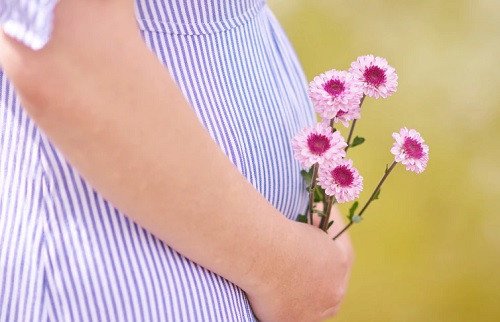 If we take into account the discoveries of neuroscience, and the deep transformation process of her brain produced by the action of hormones , it is not surprising that in the mind of the pregnant woman a real emotional tsunami is produced.

To begin with, it has been found that the brain during pregnancy reduces its volume by up to 7%. Does that mean that we lose cognitive abilities during pregnancy? If it did, nature would be behaving quite abnormally.

On the contrary, what happens is an intense brain restructuring , similar to the one that takes place during puberty. In fact, during adolescence and pregnancy a similar synaptic pruning occurs, associated to the intense life crisis and the change of identity that both moments of life imply.

It has been shown to increase the size of the pineal gland, and the gray matter in the brain areas related to maternal behaviors. That is, with empathy , and the theory of mind, which is the ability to understand what the other feels.

The change is so important that by comparing the image of the brain of a woman who is pregnant with that of another woman who is not, an expert in the field can say with 100% certainty which of the two images corresponds to which. The changes are clear and evident, and can be seen with the naked eye.

Some pregnant women perceive a decrease in memory and in the capacity for concentration and attention . However, studies seem to indicate that what is produced is more of a change in the focus of attention. The baby and its care, since it is in the womb, monopolize the woman’s attention, who during this period may forget more frequently, for example, where she has left the keys.

It seems that not only is there no cognitive deficit, but it is known that the interaction with the baby is able to create new neurons in the mother’s brain .
Thus, given the intense nature of the changes produced in the brain and psyche of the pregnant woman, which will lead her to the development of her identity as a mother, it is vitally important to emphasize emotional care during pregnancy. Without forgetting that the mother’s well-being is also a source of health, present and future, for her child.

In Avance Psicologues a workshop on Psychology of Pregnancy is given, aimed at pregnant women who want to go deeper into this subject , to live their pregnancy and face the birth in a positive way. If you are interested you can register at the following link: https://www.avancepsicologos.com/taller-de-psicologia-del-embarazo/