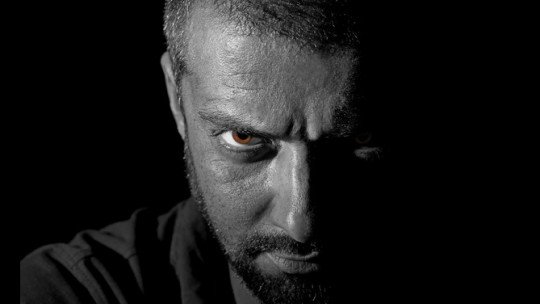 The projective tests are one of the most widely used psychodiagnostic tools by clinical psychotherapists. The basis of this is based on the fact that when writing, drawing or speaking we project different aspects of our personality, conflicts and even our aspirations in an unconscious way.

Usually, these tests have a psychoanalytic basis, because as we will remember it was Sigmund Freud, father of psychoanalysis, who made the first explorations about the unconscious and its importance in our daily life.

An intense clinical experience has shown that the drawings of the human figure represent an intimate expression of the artist’s personality . Machover’s test is based on the theoretical foundation of the body schema that we project through drawing. Today we will talk about this, one of the most widespread projective tests, used and accepted by the psychoanalytic community; at the same time we will examine the graphic characteristics that are usually indicative of some degree of psychopathy .

Learn more about psychopaths: Psychopathy: what goes on in the psychopath’s mind

General information about the drawing

Three aspects are very important when examining the drawing before investigating the characteristics projected on the human figure: the dimension , the space and the position .

It has been found in most of the drawings of psychopaths very large strokes, characteristic of a personality with notable ego exaltation . If we also find it in the middle of the sheet we can state that the subject has a need to control his or her environment. If it is on the right we can assume that there are problems with authority and antisociality.

Hand in hand with the need to control, we find a certain dependence on his environment (since the psychopath has a great need to exercise control) if in the drawing he presents accessory objects external to the human figure. Other generalities that we’ll find in drawings made by psychopaths are the predominance of angles and peaks, highlights and intensity in the lines. In addition, they usually begin by drawing a figure of their own sex and usually the head will be the last feature they draw.

As expressed above, the head drawn by people with a psychopathic personality tends to be the last part of the body to be drawn , in addition it tends to be disproportionately larger in relation to the size of the body, which is an indicator of egocentrism, megalomania and overestimation of their intellectual capacity.

If it is also elongated it will indicate aggressiveness; if it is very marked, it will denote a need for dominance; if there is no defined head outline, problems of connection with reality may be suspected. The expression lines on the forehead and eyebrows that are very crowded or inwards are indicative of latent aggressiveness. Emphasis on the eyes indicates paranoid tendencies, while a penetrating or threatening and also accentuated look is a sign of latent hostility .

Very often, in addition, a remarkable remarking in the nostrils is found in drawings of psychopaths, which are interpreted as evidence of aggression. The emphasis on the mouth often shows verbal aggression and a particular tendency to irritability.

If the human figure is showing the language, there is orality at a primitive level in the subject. Undisputed signs of aggressiveness at the oral level are: the presence of teeth (much more if they show sharpness or expose the canines), angular or pointed features, drawing the mouth as a thick broken line. When the neck is long and also thin, the subject has problems managing his impulses; the absence of this indicates that the subject is at the mercy of them.

Another very particular characteristic that is often found in particularly aggressive psychopathic personalities who have physically assaulted other people is: the exaltation of the chest that indicates narcissism, if it is also discovered it adds hostility and arrogance; with accentuated muscular characteristics it is an aggressive subject.

In relation to the arms, the emphasis on the musculature and reinforcements in them show us aggressiveness and desires for physical power ; finding in the drawing the arms in “pitcher” shows an overpowering person with anarchic tendencies; the long arms indicate material ambition. The angular hands are always indicative of antisociality as they are parts of the body related to social bonding and contact.

This feature is also reinforced if we find fingers drawn on the tip or as an express form of claw. Hands in the shape of a fist indicate strong repressed aggression.

If the legs are very reinforced, there is aggression; also if the legs show movement or as if they were going to kick. Bare feet indicate primitive aggressiveness, especially if the nails are shown.

It should be remembered that the subject must always be asked to express a story with respect to the human figure drawn, this story will complement the projective method and will help us to clarify some concerns about the drawing or .

The clothing and actions of the individuals drawn can also provide us with many data that are usually especially compensatory. Among the outfits that psychopathic personalities prefer to draw, we very often find that of a neat businessman (very common in white-collar criminals) or someone who does martial arts (with a greater incidence in those who commit crimes of physical contact).

Finally, we insist that this projective test be complemented with others that allow us to go deeper into the unconscious aspects of the individual’s personality.