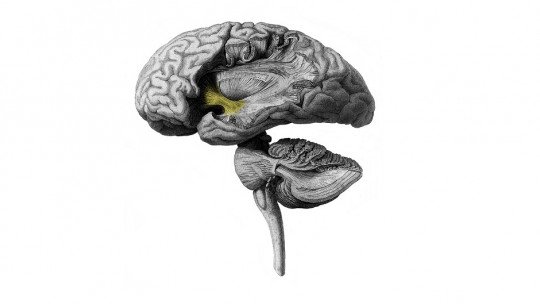 What is a psychopath ? In his work “Las personalidades antisociales” (1994), David Lykken explores psychopathic and sociopathic personalities, the different subtypes that exist of them and the role played by the personal and socialising factors that intervene in the genesis of violence in children who, from an early age, aim to become delinquents.

Throughout this work, it becomes clear what for him is one of the most decisive components in the future of a child most likely to develop an antisocial personality style : the parents.

The mind of the psychopath: serious difficulties in socializing

People affected by this disorder have not developed a conscience or habits of respect for the laws and rules that deter others from committing antisocial acts, due to inherent peculiarities that make socialization difficult or impossible. They are characterized by innate character traits that totally or partially incapacitate them to socialize, or by intermittent periods of socialization and antisocial behavior.

There are three components of socialization :

It is the natural tendency to avoid criminal behavior . It is usually a consequence of the fear of punishment, both that which involves a social rejection of the crime itself, and the self-inflicted guilt and remorse felt afterwards.

This does not mean that the temptation to commit crimes is continuous, since pro-social behaviour has become a habit that keeps most members of society away from the more reprehensible ones. This habit is not consolidated until adulthood, which is why towards the end of adolescence the crime rate reaches its highest level. This component is the result of parental activity and the characteristics of each person.

General predisposition towards prosocial behaviour . It is developed thanks to the bonds of affection and empathy with the people with whom we relate, which makes us want to enjoy the benefits of this type of bonds and a genuine willingness to behave in the same way.

It refers to the motivation to participate in life in society and the assimilation of the work ethic , as well as the acceptance of the values of effort and personal improvement as a means to achieve personal goals.

However, we must not lose sight of the fact that there are well-socialized people who will commit crimes in certain circumstances, while others, even if they are not criminals, are lazy or of a bad character and can be considered bad citizens.

Causes and manifestations of Psychopathy

Cleckley (1955) proposed that the emotions resulting from the experiences lived by “primary” type psychopaths are weakened in terms of the intensity with which they affect them. Through experience, emotions and feelings guide and reinforce this learning process , thus building a moral and value system.

But what happens to these individuals is that normal socializing experiences are ineffective for the creation of this morality, which is the mechanism through which we socialize people. Hence they fail at the level of establishing personal attachments. Due to an innate defect, they can verbalize what they know about emotions without really understanding the meaning of what they are telling.

However, they can feel all those feelings that, if not harboured, would not lead them to commit the actions, legal or illegal, that they do. In the words of Gilbert and Sullivan:

“When the criminal is not engaged in his employment, or is not setting up his little criminal schemes, he is as capable of innocent pleasure as any honest man. (p.192)