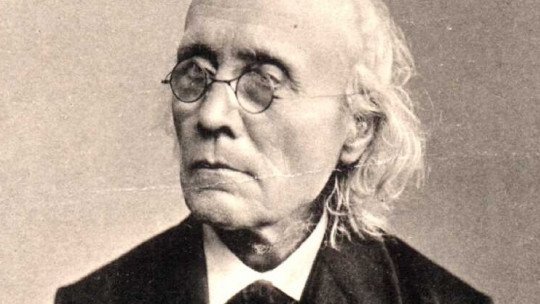 Nowadays it is not strange to hear about psychology as a science or about the figure of the psychologist in various fields linked to the study of mind and behaviour. However, is a relatively young scientific discipline and it encountered various difficulties in its emergence.

Although the human mind has interested man since ancient times, it was not until 1879 when Wilhelm Wundt created the first psychology laboratory and psychology was established as a science. At that time and even before it, the beginnings of psychology are linked to the first attempts to measure the relationship between physical and mental aspects; that is, to psychophysics .

Psychophysics is the branch of psychology whose main object of study is the relationship between external stimulation and its qualities and a subject’s perception of that stimulation.

This is one of the first types of studies that were carried out in a scientific manner in which psychological aspects such as sensation and evaluation were analysed. The measurement of psychophysical aspects required highly precise instruments and the development of different techniques that allowed valid and reliable data to be obtained, with psychophysics being the direct precursor of psychometry.

In psychophysics, models began to be developed in which a numerical value was assigned to the characteristics of the stimuli and their perception, pioneering quantitative research into mental phenomena. In other words, it measures the behavioural response to physical stimuli. Psychophysics was born at first dedicated to the study of visual perception , but later on it will be extended in such a way that it ends up by extending to the study of the relationship between the physiological and the psychic.

It is assumed that stimulation generates a physiological activation that ends up provoking a sensation, although both components separately also have potential to generate sensations by themselves.

Psychophysics has used different methods to measure sensation . Among them we find the description by the subject of what is perceived, the recognition of it, the detection, the perception of the magnitude or the search for the stimulus.

The Parents of Psychophysics

Although there are precursors in ancient Greece and in numerous philosophers such as Hume, it is considered that the main fathers of psychophysics were Weber and Fechner .

The first of these is especially recognized for its experiments related to the threshold of stimulus detection. Weber investigated the dual detection threshold, or the level of separation necessary for a stimulus to be captured in a fragmented way (he used a compass on the subject’s skin, and analyzed when he noticed a single stimulus and when he was able to discern the two peaks as separate stimuli.

These experiments were extended and deepened by Fechner, who would elaborate Weber-Fechner’s law and would analyse phenomena such as the absolute threshold or the minimum of stimulation necessary to awaken a sensation and the differential threshold, previously proposed by Weber, in which the difference necessary for them to notice changes in the perception of a stimulus is studied.

Weber’s research, and later Fechner’s research, made it possible to formulate one of the first psychophysical laws. Specifically, it is established that we can differentiate between different stimuli depending on the intensity with which they are presented. We distinguish between relative changes: we can not capture the difference between two different stimuli that are presented at the same time unless there is a specific change in the intensity of these stimuli.

But if the intensity of the stimulus itself increases, the relative difference will also have to increase to capture the existence of two different perceptions. Thus, this capacity of discernment requires that this increase in intensity be constant, based on the value of the variation with respect to the starting point.

This law would be surpassed and modified by the reformulations of Fechner and Stevens , which would end up identifying that sometimes an increase in the magnitude of the stimulus does not generate a proportional change in perception, but rather sometimes generates a perceptive change that is much greater or much less than expected.

The methods used during the first moments of psychophysics were indirect, working from the measurement of the physical stimulus and obtaining that of sensation from it. It is considered that the sensation could not be measured directly , being only associated with the magnitude of the stimulus. In this type of psychophysics, three main types of methods stand out.

The experimenter presents a series of different stimuli, which may or may not be captured by the subject under study. The experimenter manipulates the intensity of the stimulus, with the examinee having to say whether he/she is capable of perceiving the stimulus or whether a comparison stimulus is more, equal or less intense . The stimuli have a continuous increasing or decreasing order, going in series. There may be habituation or expectations.

This type of methodology is based on the manipulation of the stimulus until a change of sensation is generated, adjusting the stimulus according to the response of the subject. Although it is comfortable and simple since it is the examinee himself who regulates the stimulation, can generate errors depending on the expectation that the stimulus will grow or decrease in intensity and the perception will be biased.

This methodology of classical psychophysics is based on the use of predetermined intensities that remain constant , but unlike the method of limits, the intensity of the stimulus varies randomly. It is usually the most commonly used method as it minimizes errors and biases, but it does generate more fatigue.

Besides Weber and Fechner, another of the great pioneering authors of psychophysics is Stevens. This author would consider the need to carry out direct measurements of sensation, creating scales of estimation centred on the subject’s own subjective sensation and his way of evaluating this perception. The methods proposed by Stevens, which are those that have continued to be used in practice, would be the following

In a similar way to a Likert type scale, a series of stimuli are presented to the subject, who must classify them according to the various categories proposed.

Two stimuli of the same type are presented to the examinee at the same time, who must evaluate the numerical relationship between them.

The examinee must generate a stimulus from an initial stimulus and a proportionality relation that the examiner presents to him . For example, the subject has to generate a light twice as bright as the one presented to him.

In the estimation of magnitudes, the experimenter presents the examinee with a series of stimuli that the subject must evaluate numerically , presenting an example so that he has an approximate idea of the value of a sample of the stimulation.

5. Method of production of magnitudes

This methodology is based on the explored subject generating the level of stimulation corresponding to the intensity that the experimenter proposes (for example, the intensity of the sound of the voice).

In it the subject must estimate the difference between two presented stimuli .

This method assumes that the examinee recreates an interval within the stimuli, dividing them into different parts.

Effect on other branches of psychology

Psychophysics allowed the beginning of the qualitative study of psychological aspects such as perceptions . In the long run, this initiative would allow psychometrics to be developed, which in turn allowed the generation of scales and methodologies that allow for the measurement of much more cognitive and abstract aspects from the performance of tasks related to these elements. For example, personality traits, aptitudes and attitudes or intelligence.

Some branches that have benefited from the contributions of psychophysics are clinical, occupational or educational psychology. In fact, it can even be applied to elements such as physiological activation caused by fear.