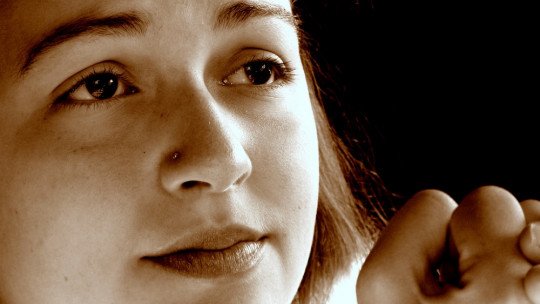 When we think of the symptoms of obsessive-compulsive disorder (OCD), we usually focus on those that are most typical of the disorder. Like constant cleaning or an excessive need for order. However, not all OCDs manifest themselves in the same way.

Although compulsions are a very important aspect of this condition, there are cases in which people experience obsessions without ever manifesting any type of compulsion. That is, no visible behavioral symptoms at all. This subtype of OCD is known as pure obsessive-compulsive disorder .

What is pure obsessive-compulsive disorder?

Pure obsessive-compulsive disorder is a subtype of OCD characterized by the presence of thoughts (obsessions) that appear in the person’s mind in a repetitive, intrusive, and uncontrollable manner .

Unlike traditional OCD, the person with this type of condition does not engage in visible physical rituals or behaviors (compulsions) related to the obsessions, so these are accompanied by hidden mental rituals.

Pure obsessive-compulsive disorder has been mistakenly considered a less severe variant of OCD. However, those who experience the symptoms of this condition report that the intrusive thoughts can become extremely annoying and distressing .

Although these people are given the diagnosis of pure obsessive-compulsive disorder, this variant does not appear in the Diagnostic and Statistical Manual of Mental Disorders (DSM-V) as a diagnostic label separate or different from traditional OCD.

People with the exclusively obsessive variant of OCD experience a wide range of OCD symptoms, although the obvious or behavioral compulsions are absent .

To better understand this disorder, we’ll take a brief look at the symptoms of an OCD condition. According to the DSM-V, OCD is characterized by the presence of obsessions and compulsions.

The person may experience obsessions in the form of intrusive and repetitive images and thoughts. The content of these thoughts may focus on somatic, sexual, religious or aggressive themes; as well as on issues related to control, symmetry, cleanliness or hygiene and organization , among many others.

As a result of these obsessive thoughts, the person feels the need to perform a series of repetitive actions known as compulsions. These actions may be behavioral or mental, as in the case of pure obsessive-compulsive disorder, and are intended to reduce the distress caused by the obsessions.

Once we know these, we can ask ourselves, what symptoms then characterize pure obsessive-compulsive disorder? There are two specific symptoms that can be used to distinguish pure OCD from traditional OCD. These symptoms take the form of the presence of mental rituals and the constant search for comfort .

In pure obsessive-compulsive disorder, the person performs a series of mental rituals designed to reduce distress. Such rituals may include constant mental review of memories or information , mental repetition of words, or mentally undoing and doing certain actions.

In addition to mental compulsions, these people tend to seek comfort repeatedly and constantly. However, patients do not recognize this behavior as a compulsion.

Such behavior may involve needing and seeking security in oneself, constantly avoiding objects or situations that cause anxiety, and demanding security from others.

An added complication of this symptom is that people close to the patient may not understand these behaviours and interpret these demands as needs, not as symptoms of a disorder, so they may become tired or upset by these constant requests for comfort

Some studies conducted with people diagnosed with pure obsessive-compulsive disorder found that these people considered obsessive thoughts to be taboo or unacceptable .

Finally, we can conclude that compulsions do appear in this variant of OCD, but that they take a different form than in traditional diagnosis and, moreover, are much less obvious due to their cognitive nature .

Is it, therefore, a different variant of OCD?

While some research points to the possibility that there are different forms of OCD, others suggest that the term “pure” is inappropriate. The reason is that people who experience these obsessions without visible behavioral compulsions do participate in hidden mental rituals .

According to these studies, the recognition of these mental rituals as compulsions is very important, since it can be helpful in making a more accurate diagnosis and treatment.

By understanding that such rituals exist, therapists and mental health professionals can ask patients about these symptoms. Without such inquiries, patients may try to hide them or even be unaware of their existence.

Treatments for obsessive-compulsive disorder, including its “pure” variant, often involve the administration of drugs in combination with psychological therapy ,
support groups and psychological education.

Traditionally, cognitive-behavioral therapy has been considered the most effective treatment for OCD. In pure OCD, however, it’s crucial for the therapist to understand the need to address the underlying mental rituals as well.

On the contrary, if the patient is considered to be only experiencing obsessions, the treatment will not be really complete and effective.

In terms of drug therapy, medications indicated for the treatment of OCD include selective serotonin reuptake inhibitors (SSRIs) or tricyclic antidepressants such as clomipramine.