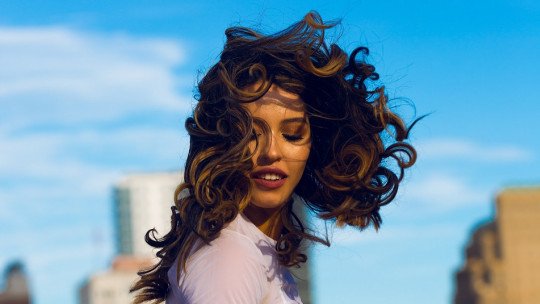 Rebellious people are much more than a category of individuals who defy certain rules. Often, and although it may sound exaggerated, the progress of history makes great strides forward because of them. They are, so to speak, those who teach others that it is possible to do something that no one had ever thought of doing before.

In this article we will see what are the traits and behavioral styles that define rebellious people .

Living in society means learning to respect the needs and rights of others, but there are times when the rules and conventions we impose on ourselves become too small. These are the cases where the rules of the game constrain us for no reason, they restrict our ability to enjoy life without giving us anything in return.

What happens when a set of rules no longer makes sense? Most will probably continue to respect those rules, as this is what has always been done, and questioning that requires an energy and a willingness that not everyone has, on the one hand, or because we simply do not realize that we can question those rules, on the other. In these cases, those who break the conventions are the rebellious people .

It is this psychological profile that has the greatest capacity to detect aspects of society in which tradition and rules unnecessarily stifle the repertoire of attitudes and actions that we can have (and enjoy). Let us see how they do so.

The 5 traits of rebellious people

Those characterized by their rebelliousness have the following characteristics.

1. Get along badly with authority

Although day-to-day life forces them to live according to the rules dictated by certain authorities (just because they live in a state), they do not handle this fact well. This makes them relatively often break those rules that are considered basic, exposing themselves to some kind of violence.

In short, the more rebellious a person is, the more likely he is to question the norms and rules that others take for granted. For better or worse, this leads to behaviour that is sometimes considered disruptive. The result is that they are more likely to have clashes with authority, since they consider many of the rules they watch over to be arbitrary and unjustified.

Rebellious people do not have to be skilled in any of the arts, but they do have a predisposition to be creative, even if it is a less than polished form of creativity. For example, they often use objects for purposes other than those for which they were designed.

3. They reject many of the usual labels

For rebellious people there are phenomena of life that do not deserve to be limited to one word. Using these linguistic formulas serves to communicate and understand each other better, but in return, we limit the meaning of what we would really like to express . That is why they prefer to express themselves in other ways to communicate certain things, such as, for example, often the relationship they have with a person.

Much of the monotony that is so prevalent in today’s society is due to simple custom, or obligation. This means that rebellious people can be out of tune, since just as other individuals do not have to change their habits in their day, the former do not have to be content with always doing the same thing .

5. His life is based on openness, not transgression

The meaning of the lives of rebellious people is not based on transgressing the rules just for the sake of it. If so, this would be a false rebellion based on reaction to what is happening.
In any case, their conception of what it means to live is broader than that of the rest of the members of society: they do not want any door to be closed to them if there is no good reason for it.

The idea of having to be constantly competing with others causes them rejection, since it is a logic that leads to entering a vicious circle of work, tying us to a dynamic that is totally beyond our control.

In other words, they see competitiveness as an indirect rule , by which people try to adapt as much as possible to what is expected of them, so that the result is the satisfaction of rules that nobody has chosen.

7. They do not act according to the expectations of others

What others think of rebellious people does not make them adapt their way of being in society , since they reject the idea that someone defines from outside what one should be. The only exception to this occurs when not adapting one’s behaviour to the expectations of others would entail an objective, very high cost and with a high probability of suffering those consequences.

8. Do not judge others unnecessarily

Just as they enjoy their own autonomy, rebellious people avoid making value judgments on very personal decisions made by others about how to guide their lives.

9. Do not feel guilty for not fitting into the dominant aesthetic

Appearances count for a lot, but that doesn’t make the self-esteem of rebellious people waver when they decide not to conform to those criteria.