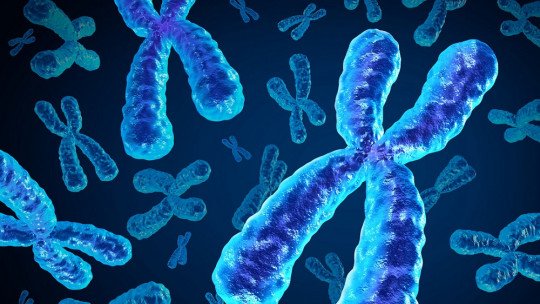 Adult Refsum disease is a rare hereditary disorder that causes the accumulation in the blood of a fatty acid that we obtain from some foods and whose consequences result in injuries of varying degrees that affect sensory and motor functions, among others.

In this article we explain what Refsum disease is and what are its causes , how it can be diagnosed, what are its main clinical signs and symptoms, as well as the indicated treatment.

Adult Refsum Disease: what is it and how does it occur?

Refsum disease, named after Norwegian neurologist Sigvald B. Refsum, is a rare metabolic syndrome characterized by the accumulation of phytanic acid in the blood and tissues, including the brain. It belongs to the group of lipidoses, a set of inherited diseases that have in common the accumulation of harmful amounts of lipids (fats) in some cells of the body.

This hereditary disease is transmitted in an autosomal recessive pattern ; that is, for a person to inherit the disorder he or she must receive a copy of the genetic mutation from both parents. Refsum disease is caused by a deficiency of the peroxymal phytanol CoA hydroxylase (PAHX) enzyme, which is caused by a mutation of the PAHX gene on chromosome 10.

Affected patients are unable to metabolize phytanic acid, a branched chain saturated fatty acid found mainly in foods such as ruminant meat and dairy products, and to a lesser extent in fish. The accumulation of this compound causes lesions in the retina, the brain and the peripheral nervous system.

The prevalence of Refsum disease is 1 case per million inhabitants , and affects men and women equally, without racial or gender predominance. Initial symptoms usually begin around age 15, although they may also appear during childhood or adulthood (between 30 and 40 years of age). The following are the main signs and symptoms of this disease.

The first signs and symptoms of adult Refsum disease appear between the end of the first decade of life and adulthood, and the person develops what is known as the classic triad of symptoms: retinitis pigmentosa, cerebellar ataxia and distal predominant sensory-motor polyneuropathy .

Retinitis pigmentosa causes an abnormal accumulation of retinal membrane pigment, which in the long term triggers retinal degeneration due to chronic inflammation; cerebellar ataxia involves a lack or deficit in the coordination of muscle movements, mainly in the hands and legs; and sensory-motor polyneuropathy produces in the patient a loss of sensitivity and paresthesias (tingling and numbing sensations).

Beyond these three typical symptoms, in Refsum disease there can also be involvement of the cranial nerves, heart, skin and skeletal problems. At the sensory level, anosmia (decrease or loss of smell), hearing loss, corneal opacities (causing loss of vision and photosensitivity) and skin alterations may occur. Other clinical manifestations also present in the disease are: cataracts, ichthyosis (the skin becomes dry and scaly) and anorexia.

Patients who are untreated or diagnosed late may have severe neurological damage and develop depressive disorders; in these cases, there is a high percentage of mortality. On the other hand, it is important that the patient maintains a correct diet to attenuate neurological, ophthalmological and cardiac symptoms .

The diagnosis of adult Refsum disease is made by determining the accumulation of high concentrations of phytanic acid in blood plasma and urine. Long chain fatty acid levels in plasma indicate metabolic defects and may serve as an indicator. In any case, a physical examination and biochemical evaluation is necessary, although the clinician should rely on typical signs and symptoms .

Histopathological diagnosis (study of affected tissues) shows hyperkeratosis, hypergranulosis and acanthosis of the skin. The pathognomonic lesions are found in the basal and suprabasal cells of the epidermis, which show vacuoles of different size with evident accumulation of lipids.

It is important to diagnose the disease as early as possible, as early initiation of nutritional treatment can slow or delay many of its clinical manifestations.

The differential diagnosis includes: Usher syndrome I and II; individual enzyme defects in peroxisome fatty acid beta-oxidation; disorders with severe hypotonia; neonatal seizures; and liver dysfunction or leukodystrophy. In addition, Refsum disease in adults should not be confused with the childhood variant (infantile Refsum disease).

Nutritional treatment is usually indicated in Refsum disease . As previously mentioned, because phytanic acid is obtained exclusively from food, a strict diet with restriction of fats present in certain ruminant meats and fish (tuna, cod or haddock) may help prevent the progression of the symptoms of the disease.

This type of treatment successfully resolves symptoms such as ichthyosis, sensory neuropathy and ataxia. Although the effects on the progression of others, such as retinitis pigmentosa, anosmia or hearing loss, seem more uncertain and these symptoms tend to persist.

Another alternative procedure is plasmapheresis, a technique used in autoimmune diseases to purify blood plasma. First, the patient’s blood is removed, then the accumulation and excess phytanic acid is filtered out, and finally the renewed blood plasma is reinfiltrated into the patient.

So far, no drugs have been found that can induce an enzymatic activity that promotes the degradation of phytanic acid and reduces its concentration in blood plasma, so research is still ongoing in the search for more effective treatments to combat this and other similar diseases .