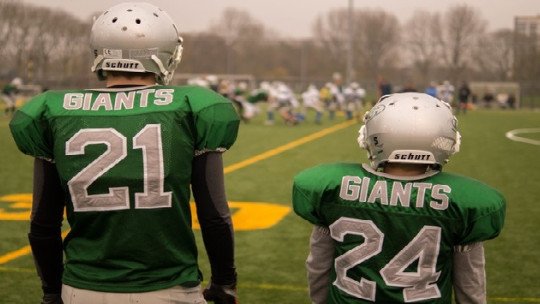 Nowadays, in most matches of any sport discipline we usually hear a lot of indications that can have a positive or negative tint, from coaches, family members and even the public.

These are external variables which, although seemingly harmless, can influence the performance of athletes.

The concept of reinforcement and punishment

The reinforcement is that which increases the probability that a given action or behaviour will be carried out more frequently or become stronger . These are forms of rewards that can consist of prizes, such as winning a trophy, receiving a salary at the end of the month or any certification; there are also other kinds of rewards that are not tangible, such as congratulations from the coach or applause from the audience (social reinforcements).

On the other hand we have the verbal punishments that, probably, are the ones that cause more negative consequences, and knowing how to fit them will be fundamental to have a good mental health within any professional sport environment. A good example would be the criticism of the press or any reproach made by the public for your performance.

With this in mind, some examples would be: “Very good!”, “You’ve done it perfectly” when a player manages to score a goal or performs a good attacking action. Or “that mistake can cost us the game” when we fail.

It is necessary to correctly manage the reinforcers

This is how all those people who surround any sport usually react. The role of a coach, sports psychologist or even the athlete himself is to know how to manage these reinforcements or punishments in a positive way, to get the maximum performance. Praise and criticism are two types of reinforcement in sport, and they have different consequences for the sportsperson .

One of the fundamental objectives of the coach is to make his interaction with the players dynamic and fluid, so that they manage to strengthen certain patterns of behaviour or desirable behaviour and eliminate others that are not. To teach a set of skills to make the most of the abilities of each of his players individually, and as a whole of the team.

So, in order to get the desired performance from each athlete, it is essential to have as many instruments as possible. One of them is the management of reinforcements, both positive and negative.

The concept of reinforcement in the field of sport is extremely important, since it comes to influence certain intrinsic variables such as self-confidence, which is indispensable to be able to deploy all the resources available to any athlete.

A positive reinforcement by the coach, at a key moment of the match, can make the difference between getting a good result or not . Therefore, each coach is aware that one of his most important objectives is to effectively teach a set of skills needed to succeed both individually and collectively using several strategies among them: reinforcements.

It has been demonstrated in numerous investigations that positive reinforcement is any consequence that increases the probability of subsequent response . Therefore, a reward applied after an action implies that the individual has acted correctly and therefore contributes to consolidating the action or response and, consequently, to achieving an improvement in performance and actions.

This is the main purpose of positive reinforcement or reward.

There are two important considerations regarding positive reinforcement

Having said this, it is important to know that in the practice of sports the most used reinforcements are the social reinforcements . However, this is not conclusive, since there are players who find a compliment reinforcing in the presence of others, while others would find this situation uncomfortable. This is why it is essential to know the preferences of each athlete in order to manage reinforcements in a productive way.

In summary, the management of reinforcements has a major influence on the development and performance of a professional sportsman or woman .

One of the great virtues that high performance athletes possess is to manage both the reinforcements and the criticisms that can affect them. That is to say, to achieve an ideal balance before these external variables; taking advantage of those reinforcements that contribute something to your game and discarding those that do not. With this strategy they manage to get the maximum performance in any circumstance.