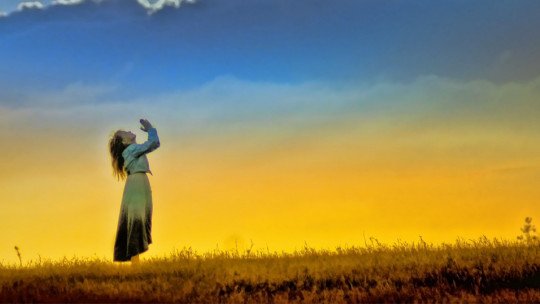 Faith and religion have been constant elements in the history of humanity since its first moments. Where has the sea, the day and the night or even life come from? What are we and why are we like this? What is the meaning of our life? Through different explanations, an attempt was made to give a meaning to the existing reality, forging beliefs that would end up being fixed and transmitted throughout generations.

Many of these beliefs have been structured in the form of different religions which, while on the one hand have long served to give hope and meaning to what surrounds us, have also been used to manipulate and control the behaviour of our fellow human beings.

However, beyond the social effect of religions, you are also associated with personal psychological characteristics. For example, it is known that religious people, statistically, are less intelligent and happier than the average.

The psychological effects of faith

Religion has traditionally been based on faith, but the explanations of reality that it usually adopts tend not to be verifiable through experience.

Many of the precepts that have been defended by different religions have proven to have a different explanation than that proposed by science. The perception that on many occasions faith has been used as a method of control and manipulation , has generated that with the passing of time the number of believers and the role of religiosity has been reduced more and more in recent times, as a greater amount of the population can find information that questions religious dogmas.

Believing or not believing tends to generate some differences in the way of conceptualizing the world and reality. Next we will see a series of differences between religious and non-religious people .

Differential characteristics between believers and non-believers

A great deal of research has been done on the differences between religious and non-religious people for different purposes and from different perspectives. Some of the results reflected by such research are the following.

1. Relationship between level of intelligence and religiosity

Various studies and meta-analyses carried out with different sectors of the population establish that there is an inverse relationship between intellectual performance and religiosity . Although these data reflect that generally people with higher IQ tend to be less religious, these data should be analyzed with caution. In fact, the studies carried out do not reflect that this relationship is causal (that is, it is not established that one is more intelligent due to not being religious or vice versa), and the relationship found may be due to different variables.

There are various hypotheses about these results, indicating for example that the presence of a higher intellectual level makes it more possible to discuss and not accept externally imposed ideas , so that orthodox or inflexible positions can be rejected and non-conformist positions adopted more easily. Also, many people with a higher intellectual level tend to need a more logical and analytical explanation of events. Another hypothesis proposes that a high intelligence can also allow for the tolerance of uncertainty and offer a framework for action in cases of need, making it less necessary to seek an explanation of a spiritual nature.

Other studies show that religious people have a more defined behavioural framework and an explanation of reality that makes it easier for them to have a lower level of vital uncertainty . They also show a lower level of concern for making mistakes. These aspects are linked to a lower activation of the anterior cingulate, part of the brain related to the response to stress and anxiety, in believers compared to non-believers.

Religiosity seems to contribute to prolonging survival in cases of serious illness, as well as to improving the quality of life of people with chronic disorders. Less uncertainty and the faith of people with religious and spiritual beliefs make them more resilient by being able to rely on these beliefs in difficult times.

Non-believers generally tend to be more tolerant of ways of seeing life other than their own than those who profess a high level of religiosity. Professing a faith implies being circumscribed to a concrete framework of thought and action that differs from that of others, which in some cases facilitates the birth of fanaticism and discrimination towards others.

Believers tend to manifest a higher level of well-being in various studies, partly due to the feeling of belonging that comes from sharing something with others, such as faith. However, it should be borne in mind that this may depend to a large extent on where the survey is carried out and how the religion in question is viewed socially by the person concerned.