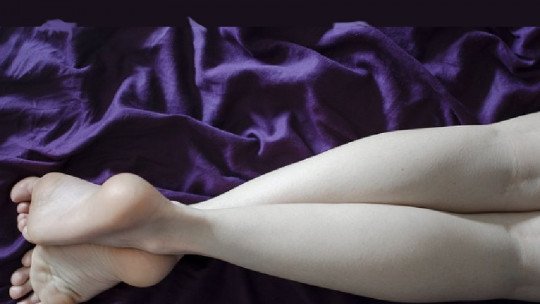 What is necessary to be able to fall asleep? A condition sine qua non is to maintain good sleep hygiene. Taking care of routines in a way that favours sleepiness, avoiding lights or physical exercise, an adequate temperature, all the silence we can get, etc. We also need to feel relaxed and without physical discomfort, something that people with restless leg syndrome do not achieve.

These people, as soon as they rest their body begin to feel a series of sensations from the trunk down that prevent them from sleeping and force them to move their legs to try to relieve the discomfort. The discomfort goes away to return when the person is at rest again.

Patients with restless leg syndrome, when they feel discomfort or tingling in their legs, have an urgent need to move them to end the itching that interferes with rest . The type of sensations that someone with restless legs can feel is wide ranging, from itching, very mild pain, vibrating tactile sensations, small pins and needles that move, and so on.

Rarely, it also occurs in the arms, chest or even the face. In addition, the sensations are usually indistinctly bilateral, that is, they can occur on both sides of the body without any type of criterion. Some patients describe a certain alternation, as if when the sensations on one side disappear they move to the other side of the body.

These sensations produce a lot of discomfort, and the longer the individual waits for them to go away the more irritated he becomes . This is why these people, whenever they are at rest sitting or lying down, keep their legs moving. In this way, the discomfort disappears during the time they are in motion. However, the symptoms return when one wants to rest completely, entering a circle that is difficult to break.

Course of the disorder

One of the characteristics of restless leg syndrome is that it fluctuates. The discomfort is not the same throughout the day, but often disappears in the morning and returns in the afternoon and evening. This is why people without Restless Legs Syndrome have many problems with both coping and maintaining sleep.

They are not present every day either. In most cases, which are mild, they appear once or twice a week, which is enough to disturb sleep and seek professional help. In the most severe cases there is talk of an occurrence of more than twice a week. Sometimes certain periods of remission occur in which the symptoms disappear completely for weeks or months. However, this is a characteristic of the earlier stages of the disease; the tendency of the symptoms is to get worse as time goes by.

The first link in the causal chain is usually unknown . Most cases have an uncertain origin, although there are instances of genetically transmitted restless leg syndrome. The current hypothesis is that the dopamine circuits in the basal ganglia may not be working properly. It appears that people who already have a dopaminergic disorder at this site, such as in Parkinson’s disease, are at significantly higher risk for restless legs.

There are some medical factors that have been linked to the appearance of restless legs, but they do not explain all cases. These factors include:

The management of the disease is symptomatic, there is no definitive cure . However, symptomatic treatment is already very successful on its own. For most cases changes in the daily routine can already be very beneficial. Having a regular sleep schedule, exercising continuously in the mornings or bathing the legs in hot or very cold water at night can be enough to prevent the onset of those annoying tickles.

There are also effective drugs such as anticonvulsants, which are almost the first line of drug treatment due to their dopaminergic effects, or the dopaminergic agents themselves which are administered in diseases where these circuits are dysfunctional as in Parkinson’s disease. However, prolonged use of this medication appears to worsen the symptoms. This phenomenon stops as soon as the dopaminergic drug is withdrawn.

Other drugs such as opioids or benzodiazepines may be useful as they help with sleep, but they do not really have any effect on the presence of leg discomfort and tingling. In addition, the use of benzodiazepines is not recommended beyond the first two to three weeks, as they have great addictive potential. So perhaps they would only serve as a rescue on those days when, despite following all the advice and taking the appropriate medication, the discomfort remains.