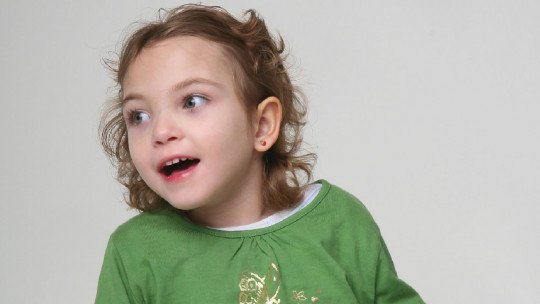 Rett syndrome is an autism spectrum disorder that begins in early childhood and occurs primarily in girls. It is characterised by the presence of microcephaly and the loss of motor skills acquired during the first months of life.

These and other symptoms are caused by genetic mutations related to the X chromosome. Although there is no cure for Rett syndrome at this time, there are treatments and interventions that can alleviate the various problems it causes and improve the quality of life for girls with Rett syndrome.

What is Rett syndrome?

In 1966 the Austrian neurologist Andreas Rett described a childhood-onset disorder consisting of “a brain atrophy with hyperammonemia”, i.e. characterized by excessive levels of ammonia in the blood. Later on, the relationship of this syndrome with hyperammonemia would be refuted, but the clinical picture described by Rett would be named after him.

Rett syndrome is an alteration of physical, motor and psychological development that occurs between the first and fourth year of life, after a period of normal growth. The most characteristic symptoms are the slowing down of cranial development and the loss of manual skills, as well as the appearance of stereotyped movements of the hands.

This disorder occurs almost exclusively in girls; in fact, both the ICD-10 and the DSM-IV claim that it only affects females, but recently some cases of Rett syndrome have been detected in boys.

Because males have only one X chromosome, on which the genetic defects of Rett syndrome are located, the symptoms are corrected to a lesser extent than in females, resulting in more severe variants that carry a higher risk of premature death.

Related article: “The 4 Types of Autism and Their Characteristics”

Relationship to other autism spectrum disorders

The DSM-5 currently classifies it under the category “Autism Spectrum Disorders” (ASD) , a label it shares with other more or less similar syndromes that differed in the DSM-IV: autistic disorder, Asperger’s syndrome, childhood disintegrative disorder, and pervasive developmental disorder not otherwise specified.

Symptoms and Signs of this Disorder

Prenatal and perinatal development of girls with Rett syndrome is normal during the first 5 or 6 months of life, approximately. However, in some cases the baby may continue to grow normally until the age of 2 or 3 years.

After this period the growth of the skull slows down and there is a decline in motor skills , especially fine hand movements; as a result, repetitive or stereotyped manual movements are developed, including twisting and moistening with saliva.

In addition to microcephaly and manual impairment, people with Rett disorder may have a number of associated signs and symptoms with a variable frequency:

The cause of this disorder is the mutation in the MECP2 gene , which is located on the X chromosome and plays a key role in the functioning of neurons. In particular, the MECP2 gene silences the expression of other genes, preventing them from synthesising proteins when this is not necessary. It also regulates gene methylation, a process that modifies gene expression without altering DNA.

Although alterations in this gene have been clearly identified, the exact mechanism by which Rett syndrome symptoms develop is not known.

Mutations in the MECP2 gene in general do not depend on heredity but are usually random , although in a small number of cases a family history of Rett disorder has been found.

Rett syndrome is life-long. Deficits are not usually corrected; rather, they tend to increase over time. If it does occur, recovery is discreet and usually limited to the improvement of social interaction skills in late childhood or early adolescence.

The treatment of Rett syndrome is fundamentally of a symptomatic type, that is, focused on the reduction of multiple problems. Therefore, interventions vary depending on the specific symptom to be alleviated.

Antipsychotic and beta-blocker drugs, as well as selective serotonin reuptake inhibitors, are usually prescribed at the medical level. Nutritional management can help prevent weight loss that typically results from difficulties in chewing and swallowing food.

Physical, language, behavioral, and occupational therapy may also be helpful in reducing the physical, psychological, and social symptoms of Rett syndrome. In all cases, intensive and ongoing support from various types of health services is required to enable girls with Rett to develop as successfully as possible.