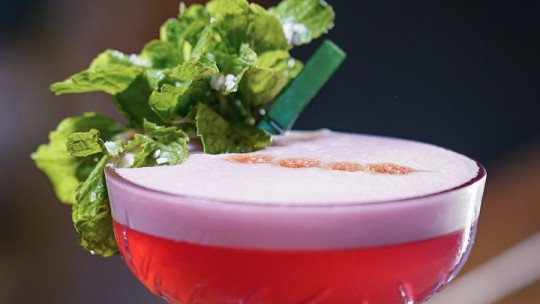 Alcohol is a substance included in the category of central nervous system depressants . Its consumption is widely accepted in society and is part of a wide range of celebration or leisure activities.

For this reason, its use among the population is so widespread that almost all adults have tried it at least once in their lives, and a not inconsiderable percentage consume it frequently.

As in the case of other substances with depressive properties, alcohol can generate symptoms typical of addictive processes, among which the appearance of tolerance and withdrawal symptoms stand out.

In this article we will review these last two concepts, which are essential to define the behavior associated with substance dependence, and we will delve into the phenomenon of inverse tolerance to alcohol .

Before addressing the phenomenon of reverse tolerance to alcohol, which will be the core of this article, it is important to know the basic elements that constitute addiction to any substance: tolerance and the withdrawal syndrome . The presence of both in an individual is the clinical criterion from which the abuse (understood as the use of the substance in contexts where it produces serious harm) exceeds the limits of dependency.

Tolerance is the result of changes that occur in the central nervous system as a result of the introduction of a substance that is not naturally present in it. Through the mediation of specific receptors that the brain has, and the alteration in the levels of certain neurotransmitters (GABA and glutamate in the case of alcohol), an adaptation process is generated that involves both physiology and morphology.

Strictly speaking, tolerance describes the need for increased consumption of a particular substance to obtain the same effects that were achieved in the initial takes; that is, a marked reduction in the effect of the substance (at multiple levels) that precipitates the increase in dose. This phenomenon is one of those that end up eroding the personal life of those who suffer from an addictive disorder, since it implies very deep economic and social losses. In addition, it provides us with clues about what reverse tolerance to alcohol is.

Withdrawal syndrome is a phenomenon that usually occurs along with tolerance, and describes a severe feeling of discomfort when the person does not have access to the substance with which he or she maintains a relationship of dependence.

In general terms, abstinence triggers the opposite effects to those observed during intoxication . For example, if a drug depresses the central nervous system (as with alcohol), in this phase the person will feel irritable or agitated.

The case of alcohol presents a peculiarity in terms of withdrawal syndrome: the possibility of the appearance of delirium tremens. The symptoms of this usually occur between the second and third day (48 to 72 hours) after the last consumption; and include alteration of consciousness, hallucinations, delirium, sensation of fear, trembling, restlessness, irritability and hypersensitivity in the different sensory modalities (photophobia or light hypersensitivity, perceptual sharpening of sounds and touch, etc.).

Addictive behaviour is understood as all the behavioural changes that take place in the context of dependence , which are attributable to it and which end up deteriorating the quality of social relations and even the capacity to achieve or maintain an active working life. This phenomenon is due to a series of alterations in the brain reward system, which are common to the mechanism of action of multiple substances.

To correctly understand addictive behavior we must understand the function of the aforementioned system, which is made up of a set of structures (the ventral tegmental nucleus and the accumbens area) that also project towards the prefrontal cortex. What we observe after the acute consumption of the drug is an abrupt increase in the level of dopamine (neurotransmitter of pleasure) in this region, higher than that produced as a consequence of natural enhancers.

As a result of this intense sensation of pleasure, the person will seek to use the substance in order to experience it again, progressively abandoning those things in life that previously generated joy or enjoyment. Abandonment can include both personal relationships and hobbies , reducing everyday life to a compulsive search for alcohol and the associated sensations (which involves investing large amounts of time in its acquisition and consumption).

4. Desire for consumption or craving

As a direct consequence of the loss of motivation with respect to natural enhancers, the person experiences in parallel a pressing desire for consumption that increases proportionally when faced with stimuli that are associated with it. For example, they will feel the need to drink when they go to the establishment where they have done so for many years, since they are exposed to people and environmental cues with which they have forged a close association with drinking.

On the other hand, multiple studies suggest that the deprivation of social incentives is a fundamental element for consumption to evolve from sporadic use to actual addiction . The lack of solid supports or environments where marginality and isolation predominate contribute to the formation of addictive disorders, so the design of therapeutic programs that incorporate the reinforcement of this component is absolutely necessary.

What is reverse alcohol tolerance

Once the elementary principles of addiction have been reviewed, we can enter into a more exhaustive knowledge of the phenomenon of inverse tolerance to alcohol, also known as ethylic awareness .

As noted, chronic consumption of alcohol increases tolerance to alcohol, as well as to other chemicals with a depressive effect on the central nervous system (cross-tolerance). This would be the case with benzodiazepines, which under no circumstances should be combined with alcohol, as they substantially increase the risk of overdose (coma and ultimately death). It is for this reason that people tend to drink more and more over time .

However, after many years of consumption during which an addiction may have developed, many people develop a reverse tolerance to alcohol. In this case the effect of the substance on the brain occurs even at very small doses, showing signs and symptoms characteristic of drunkenness with reduced consumption . This effect is diametrically opposed to that observed in general tolerance.

Although conventional tolerance and inverse tolerance may appear to be antagonistic, they are in fact closely related. In people who consume alcohol, it is most common that a common chemical tolerance debuts first . As time goes by and continuous use of this drug is maintained, concrete damage would occur on the renal function that would reduce the ethyl metabolism and increase its levels in the blood.

Fortunately, the effect of inverse tolerance extends only to the initial symptoms of alcohol intoxication (behavioral disinhibition and euphoria), but it does not precipitate an earlier onset of the dyspnea (respiratory effort) and coma that characterize the more advanced stages.

Behaviors that lead to the development of alcohol dependence

The feeling of euphoria that accompanies the consumption (in low doses) of alcohol is misleading, and can lead certain people to use this drug as a self-medicating strategy for anxiety or depressive disorders. Scientific evidence indicates that this produces the opposite effect, facilitating a series of alterations on emotions and behaviour (as well as on brain neurochemistry) that accentuate the problem for which the person decided to start drinking .

On the other hand, the consumption in binge, popularly known as “botellón” (in which more than 100 grams are ingested in a very short period of time), also represents a risk behaviour for the development of addictive behaviours, even in the case that other substances are not consumed during the course of the week.

It is also not at all advisable to drink alcohol to reduce the hangover from the previous day, nor to combine it with other substances. The simultaneous use of alcohol and cocaine, to cite a common example, produces ethylene from cocaine. The result of this chemical reaction increases the toxicity of both drugs separately, and has been consistently linked to episodes of interpersonal violence.

Alcohol is a widely used drug, especially since it is a socially accepted substance that is even integrated into traditions and festivals. Most commonly, its consumption begins in recreational and leisure contexts, in the company of other people, but the evolution towards addiction implies that it is progressively reserved for spaces of solitude. Information on its effects is key to preventing addictive disorders in the population .