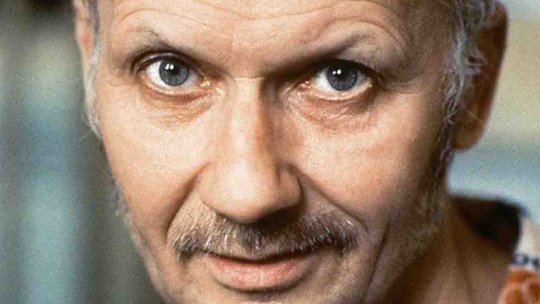 Before we start… Where does the word “sadism” come from?

The term sadism (as a synonym for cruelty ) arose with the case of Donatien Alphonse François, better known as the “Marquis de Sade” , a Parisian born in 1740. The Marquis de Sade was imprisoned because of his scandalous life, which was replete with incidents involving prostitutes in which multiple acts of violence and sodomy were reported. After many imprisonments and successive releases, he was finally transferred to the famous Bastille prison . Inmate and with little chance of being released, he wrote all his controversial works. Finally, the Marquis de Sade managed to escape from prison because of the revolution, but his last years were spent in a Charenton mental hospital.

Among his most famous works are “The 120 Days of Sodom” (1784), “Justine” (1791), “Philosophy in the Toilet” (1795) and “Juliette” (1797), writings that were censored for many years because of their high and explicit content of extreme violence and rape. Here is the link to the film adaptation of one of them.

Thus, the case of the Marquis de Sade was one of the most paradigmatic in the study of sadism and the psychology of the serial killer, and was useful in establishing the basis of what we would know in the future as Criminal Psychology. The sadistic profile in the serial killer

As for the different psychological profiles of the serial killer, we can find all kinds of personalities and motives for their crimes .

There are some serial killers who commit crimes out of a desire to feel powerful, others who perceive themselves as a kind of “vigilante”. In other cases, the psychological causes may be due to serious mental disorders, such as schizophrenia, psychotic outbreaks, manic episodes… but we predominantly find those who perpetrate these crimes for the mere pleasure of seeing their victim suffer, that is, the sadists .

Individuals who enjoy other people’s pain

The sadistic serial killer is one who feels sexual arousal by inflicting pain on another person . It can be physical pain: seeing their blood, hitting, torturing, watching them dying; or psychological pain: that is, humiliating the victim, lowering their self-esteem to zero, feeling like their master, etc.

Rape is considered a form of sexual sadism, although the sexual act is not usually the main satisfaction of sadistic serial killers and, in most cases, this type of sexual assault is not reported.

Although it is not a very generalized sadistic behavior, it is important to know some important aspects around sexual sadism .

This pattern of sadistic behaviour is referred to as “sexual sadism” in DSM IV (302.84) under the heading of paraphilias, defined as: “For a minimum period of 6 months, recurrent and highly arousing sexual fantasies, sexual impulses or behaviours involving acts (real, not simulated) in which the psychological or physical suffering (including humiliation) of the victim is sexually arousing to the individual”.

Gilles de Rais was a French marshal who took part in the 100 Years War with Joan of Arc. It is said that Gilles de Rais was deeply in love with her, and when his idolised Joan was captured and burned at the stake, he felt deeply angry with god and claimed in despair that he would never again be faithful to Christian moral commands.

From then on, he locked himself in his castle and began to kidnap children, to whom he performed the worst of atrocities. He tortured, raped and murdered them , and then continued committing acts of necrophilia with their lifeless bodies. We find quotes from Gilles de Rais himself in the trial conducted when he was condemned for these terrible acts in the book “The Marshal of Darkness”. We quote:

I confess that I killed these children in different ways and using different methods of torture: some I separated their heads from their bodies, using daggers and knives; with others I used sticks and other scourging instruments, giving them violent blows to the head; others I tied them with ropes and cables and hung them from doors and beams until they drowned. I confess that I took pleasure in wounding and killing them like this. I took pleasure in destroying innocence and desecrating virginity. I took great delight in strangling young children even when those children discovered the first pleasures and pains of their innocent flesh. […]

I liked to watch the blood flow, it gave me great pleasure. I watched those who possessed beautiful heads and proportionate limbs and then opened their bodies to delight in the sight of their internal organs, and very often, when the boys were already dying, I sat on their stomachs, and was pleased to see their agony…

I am one of those people for whom everything that is related to death and suffering has a sweet and mysterious attraction, a terrible force that pushes down. (…) If I could describe or express it, I would probably never have sinned. I did what other men dream of. I am your nightmare.” Belonging to one of the most powerful families in Hungary in her time, Elizabeth holds the Guinness record as the woman who has committed the most murders in the history of mankind , with around 650 tortures and deaths, all of them young girls between 9 and 26 years old.

In addition to a sadistic and sexual perversion, Countess Elizabeth Bathory was particularly attracted to blood, and was not only content to drink it (as is usual with so-called vampire killers ) but bathed in it in order to prevent her skin from aging over the years.

The figure of Elizabeth Báthory is world famous, mainly thanks to different stories about her history and for being one of the main characters of horror games, for example the board game “Atmosfear”. Popular culture has given Báthory a prominent role as the most bloodthirsty and ruthless woman on record.

Films about this woman have also been made such as The Countess (2009) and Báthory, the Countess of Blood (2008). Andrei Chikatilo, the Butcher of Rostov

This case is about the protagonist of the macabre photograph in the headline of this article. Andrei Chikatilo , born in the Ukraine in 1936, had problems of sexual impotence since his adolescence that he only overcame in an extremely pathological way , as he discovered when he had his first strong erection at the moment he cut a naked girl (whom he was going to abuse) with a knife, feeling great excitement when observing the blood.

Andrei killed 53 women between 1982 and 1990 , most of them minors. His crimes were perpetrated with inhuman cruelty: he amputated their nipples and ripped out their uterus in order to eat it, among other things.

These words were pronounced by Andrei himself: “In perverse sexual acts I experienced a kind of rage, a feeling of unruliness. Especially after watching all kinds of sex films. What I did, I did after watching the videos of perverse sex acts, cruelties and horrors”.

The psychiatrists of the Serbsky Institute claimed that Chikatilo was a prudent sadist who did not suffer from any disorder that could make him back out of the immorality of his acts, since his actions were premeditated. For that reason, he was sentenced to death. At the same trial, protected in a metal cubicle to shield him from the angry crowd, he took off his clothes and waved his penis, shouting, “Look at this uselessness. What do you think I was going to do with this?

The film “Citizen X” is about the investigation into the murders of Andrei Chikatilo. Highly recommended.

On the other hand, a documentary was made about it, we provide the link here:

Bundy took advantage of the kindness of his victims to commit his crimes. He prowled around universities pretending to be badly hurt, with crutches or some similar trick . He pretended to drop his books, so the girls picked them up and accompanied him to his car. Ted Bundy seemed too gentle and helpless to be dangerous or threatening to the girls who came to help him.

As the students approached his car, Bundy would hit them with a crowbar and begin his macabre plan. Besides torture, mutilation and rape, he practiced necrophilia . He returned repeatedly to the forests of Seattle where he had buried the bodies, often taking pieces of them home. In total, he confessed to thirty murders, although the actual number is unknown, probably much higher.

“It happened in stages, little by little, my experience with pornography in general, but with pornography that presents a high level of sexual violence, once you become addicted to it, -and this I see as a kind of addiction just like other types of addiction- you start looking for all kinds of material with more powerful, more explicit, more graphic things. Until you get to a point where pornography goes so far that you start wondering what it would be like to actually do it […]

I’ve known people who radiate vulnerability… Their facial expressions say: I’m afraid of you. These people invite abuse… Hoping to be hurt, they subtly encourage it? […]

I’m the most cold-blooded bastard you’ve ever met.

We serial killers are their children, their spouses…and we are everywhere”