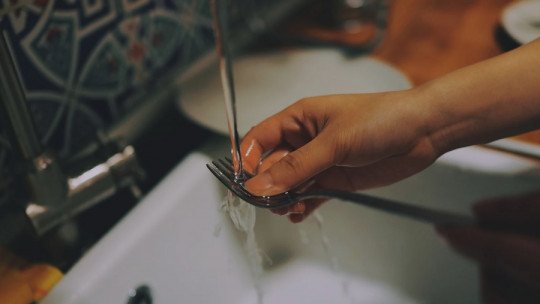 Obsessive-Compulsive Disorder or OCD is a problem that causes great suffering and anguish to those who suffer from it and is highly disabling.

Analyzing how and why OCD appears is necessary for understanding it and for developing treatments to overcome it or at least reduce its symptoms. And among the many theories that attempt to explain its functioning, we can find Salkovskis’ theory of OCD . Let’s see what it is.

Obsessive-Compulsive Disorder or OCD is understood as a type of disorder or psychic alteration deeply linked to anxiety disorders, which is characterized by the experience of intrusive, recurrent, uncontrollable and egodistonic thoughts that generate a high level of anxiety and discomfort to those who suffer them by finding them unacceptable or undesirable, although such thoughts are perceived as their own.

These intrusive thoughts are called obsessions , which the person makes great efforts to avoid or eliminate from his thinking. It is precisely because of these efforts and the maintenance of attention directed at not having such thoughts that the reappearance of obsessive thinking in the psyche is facilitated.

Although it does not happen in all cases, often obsessive thoughts generate such a level of anxiety that the subject ends up performing some kind of ritual, either physical or mental, in order to reduce his discomfort or to avoid consequences. These acts are called compulsions .

Often these behaviors have no direct link to what the person is trying to avoid or are exaggerated for the connection they might have, and the subject himself often sees such a ritual as absurd but necessary.

It is not uncommon for the wear and tear of constantly trying to control thoughts and avoid anxiety to lead to depressive symptoms . In addition, the person usually has difficulty concentrating and may see his or her performance decrease, something that may lead to academic, work and social problems.

The causes of Obsessive-Compulsive Disorder are not yet totally clear, although there are various hypotheses and theories that attempt to explain why it arose.

An excessively rigid or overprotective education, the presence of a predisposing biology, the inhibition of impulses and desires, the fusion of thought and action and aspects such as hyper-responsibility are some of the factors that can influence its appearance. And one of the theories that try to explain how a thought becomes obsessive is found in Salkovskis’ theory of OCD.

Among the many theories that attempt to explain how Obsessive Disorder appears and is maintained, one of the best known and most relevant cognitive theories is the theory of Salkovskis and his collaborators.

The author maintains that one of the main causes of Obsessive-Compulsive Disorder is the existence of hyper-responsibility, to the point that the person himself has the power to produce or foresee negative results and that it is essential to act to avoid them.

The existence of a thought that is considered unacceptable awakens in the subject the anguish and anxiety of considering that he is responsible for something that degrades him , even if the thought does not have to happen. Compulsions seek to prevent being responsible for thoughts that may have negative (usually catastrophic) repercussions for others.

It is established that on a daily basis we all have negative intrusive and aversive thoughts as extreme as those that can become obsessive, but that in most cases are accepted as consistent or merely circumstantial, not giving them importance.

People with OCD find such thoughts** unacceptable and punishable**, so anxiety and discomfort arise from having them.

Thus, a primary factor in the appearance of anxiety is not only one’s own thinking but also one’s appreciation of one’s own intrusive thinking. It will be this valuation that will cause obsessive thinking to become recurrent and persistent instead of fading away , by generating automatic thoughts regarding said thinking.

In the case of people with OCD, these thoughts will be responsible for what the obsessions may generate, and they will be the ones that end up making the person feel anxious and unwell.

Beliefs and hyper-responsibility as key factors

Among the beliefs of which a person with obsessive disorder starts and which end up facilitating and helping to achieve that the person interprets that he has the responsibility to control his thinking , we can find the idea that not being able to prevent damage to others (or to oneself) is the same as generating it.

It is also common to believe that not doing the compulsion is equivalent to wishing or not preventing the content of the thought from becoming a reality, and that thinking something is equivalent to doing it (at least on a moral level) or that it is necessary to control one’s own thought, without there being anything that can diminish this responsibility.

The origin of these beliefs is not predetermined , but it is generally attributed to the set of learnings and experiences that the subject has had throughout his life. The parental models and the style of upbringing are some of the most relevant aspects, especially if they have been rigid or excessively overprotective. Also the existence of school bullying, or experiences that make the child feel the need to repress and control their instincts and thoughts, can be risk factors.

Although Salkovskis states in his theory that a major factor in the genesis of OCD is the presence of hyperresponsibility, he also recognizes that there are obsessions that are not linked to this feeling , and that although rare there are cases in which the ritual in question can become less egodistonic or even feel like pleasure.

However, it establishes that these cases will generally be cases of long evolution in which there are compulsions that greatly reduce anxiety and in which there is no resistance to thought or ritual.