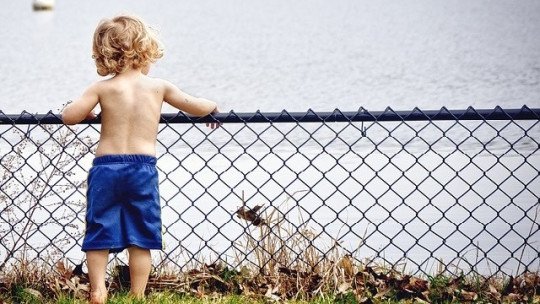 Samantha Kuberski , a 6-year-old girl, was a happy person who went to school. In December 2009, she took her own life. Apparently she had no problems, so her suicide missed the health professionals.

When the medical examiners examined her body in Yamhill County, South Portland, they declared that it had indeed been a suicide, making Samantha the youngest person to take her own life .

The events occurred on December 2nd in the American state of Oregon. After an argument with her mother, Samantha was punished in her room. While her mother and sisters were in different rooms of her house in McMinnville, the girl got into a cradle that the Kuberski family had, but did not use.

After putting a belt around his neck, he dropped from the top of the crib rail . When Kellie, her mother, entered the room she saw the unconscious body of little Samantha. Although she tried to revive her, there was nothing she could do to save her life. She was then taken to the hospital where her death was officially announced.

Was little Samantha aware of what she was doing?

Samantha’s parents and siblings were questioned by the police, but it was the officers themselves who later stated that they found no signs that the little girl had been abused at any time in her life .

What is striking about this case is the question of whether Samantha was really aware of her tragic death. While the medical-forensic team that examined the victim reported that it was a suicide, the police officers in charge of the investigation insisted that it could be an accident. Furthermore, they questioned whether such a young girl was aware of the consequences of her actions , and had similar opinions from some experts, such as psychiatrist Dr. Kirk Wolfe.

Do children understand the meaning of suicide?

“A lot of kids this age don’t realize what death means,” Wolfe told Yamhill Valley News. He added, “It’s not until the age of 8, 9 or 10 that they begin to understand the meaning of death, and that there’s no return once it occurs.

The relationship between depression and suicide

The lack of hope for the future and the loss of autonomy in the face of life and feelings are two of the most common causes that occur for a person to make the decision to commit suicide. Since depression is capable of disabling a person, and a person often refuses help from family and friends , it is often difficult to diagnose. Depressed people pay too much attention to the negative aspects of life, living in eternal pessimism.

It is the lack of hope and future expectations that causes suicidal thoughts to be generated and the act to be committed. In fact, there have been many studies with older people about depressive disorder and suicide, but what goes on in a child’s mind that would cause him to take his own life?

Besides in adult life, suicidal ideas are very common during adolescence, without that meaning that there is an imminent danger for life . If these ideas are not associated with different factors (understanding risk factors) or if they are planned, suicide may not take place. In adolescence, it is estimated that for every teenager who commits suicide, about three hundred attempt it.

Suicidal acts are not common in individuals under 15

If many teenagers are suicidal, the same is not true for children under 10. In fact, it is almost impossible to find studies that refer to this phenomenon . Regarding this, the psychiatrists Karaman and Durukan (2013), write:

Related article: “The letter of Diego, the 11-year-old who committed suicide after being a victim of bullying”